Breaking
Why Do We Do What We Do? Manipulating...
California Brand Goes All-American As Amazon Bans Foreign...
Trump’s Taxes Are Finally Leaked—What’s Next?
Washington Heats Up Ahead Of First Presidential Debate:...
Systemic Racism Leads To Disparities In Nursing Home...
The New Regular: Prepare For Conflicts Of Customer...
Web VR.0 – Have VR Websites (Finally) Arrived?...
This Next Evolution Of Ecommerce Did $18 Billion...
IRS Taxes Most Lawsuit Settlements And Exact Wording...
13 Questions To Answer Before You Die
Just Launched: Long-Term Stock Exchange For Companies Building...
How To Make Your Savings Work Harder For...
Xbox Series X Hands On Previews Reveal 70-80%...
How Business Leaders Can Rethink, Redesign And Reimagine...
How To Make Peace With Your Internet Passwords
37 ‘CS:GO’ Coaches Banned For Cheating With More...
Home Technology ‘DOOM Eternal’ Scrapped The Pistol, Now You Can See It In Action
Technology

‘DOOM Eternal’ Scrapped The Pistol, Now You Can See It In Action 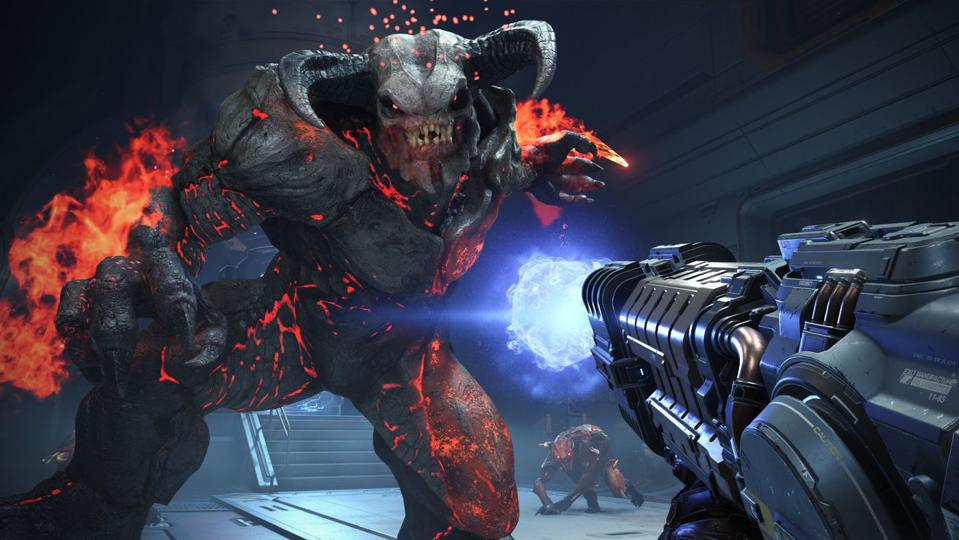 id Software ditched DOOM Eternal’s pistol, but it’s still in the game’s code. Here’s some footage of … [+] the gun in action.

DOOM Eternal, unlike DOOM 2016, does not have a handgun.

id Software decided to scrap the pistol because “it didn’t really fit the combat flow” according to the developer.

That makes sense. While the pistol has been the standard starter weapon in DOOM since time immemorial, it’s never been a terribly fun gun to use. To really fit the flow of the game it would need to be as preposterously powerful and messy as the rest of the arsenal.

For a long time, the pistol was part of the game and there’s actually code in the game files that has allowed players to actually access the gun and play with it. Here’s “Dave Eternal” on Twitter with some footage:

It may not have fit the combat flow, but that is a pretty sweet pistol and I’m a little sad it isn’t part of the game. Maybe id Software could release it as a free DLC down the road. Maybe the developer could tinker a bit and make it a more viable option. Just give it a plasma grenade mod or something.

So far I’m enjoying DOOM Eternal a lot though I have a long ways to go. What do you think of the pistol? Should it be in the game? Let me know Twitter, Instagram, YouTube or Facebook. You can follow me on this blog as well or sign up for my posts via email.