Breaking
England Plunged Into Second Lockdown From Bonfire Night
This Young Entrepreneur’s Goal: To Make Healthy Foods...
Fruit And Vegetable Spoilage Is A Hidden Cause...
Blasingame’s Law Of Urgency
This Is Why Entrepreneurs Who Settle For ‘Good...
Nature Has Economic Value That Needs To Be...
Damwon Gaming Win The ‘League Of Legends’ World...
Is Stock Market Signaling Recession Extension? Unemployment Data...
Leaks Point To New MacBook Silicon, MacBook Pro:...
What Every Dog Wants This Halloween, BarkBox AI...
IQVIA Killing It In The Drug Trials Business
This Mother Of Four Tapped Her Talent For...
This Mother Of Four Tapped Her Talent For...
New Study Reaffirms: Increased Health Literacy Leads To...
Why The Retirement System Is Like The Cereal...
Imposter Nurse Received Millions, Now Sentenced To Prison...
Home Technology Doug Flutie Maximum Football 2020 Review: The Good, The Bad, And The Bottom Line
Technology

Doug Flutie Maximum Football 2020 Review: The Good, The Bad, And The Bottom Line 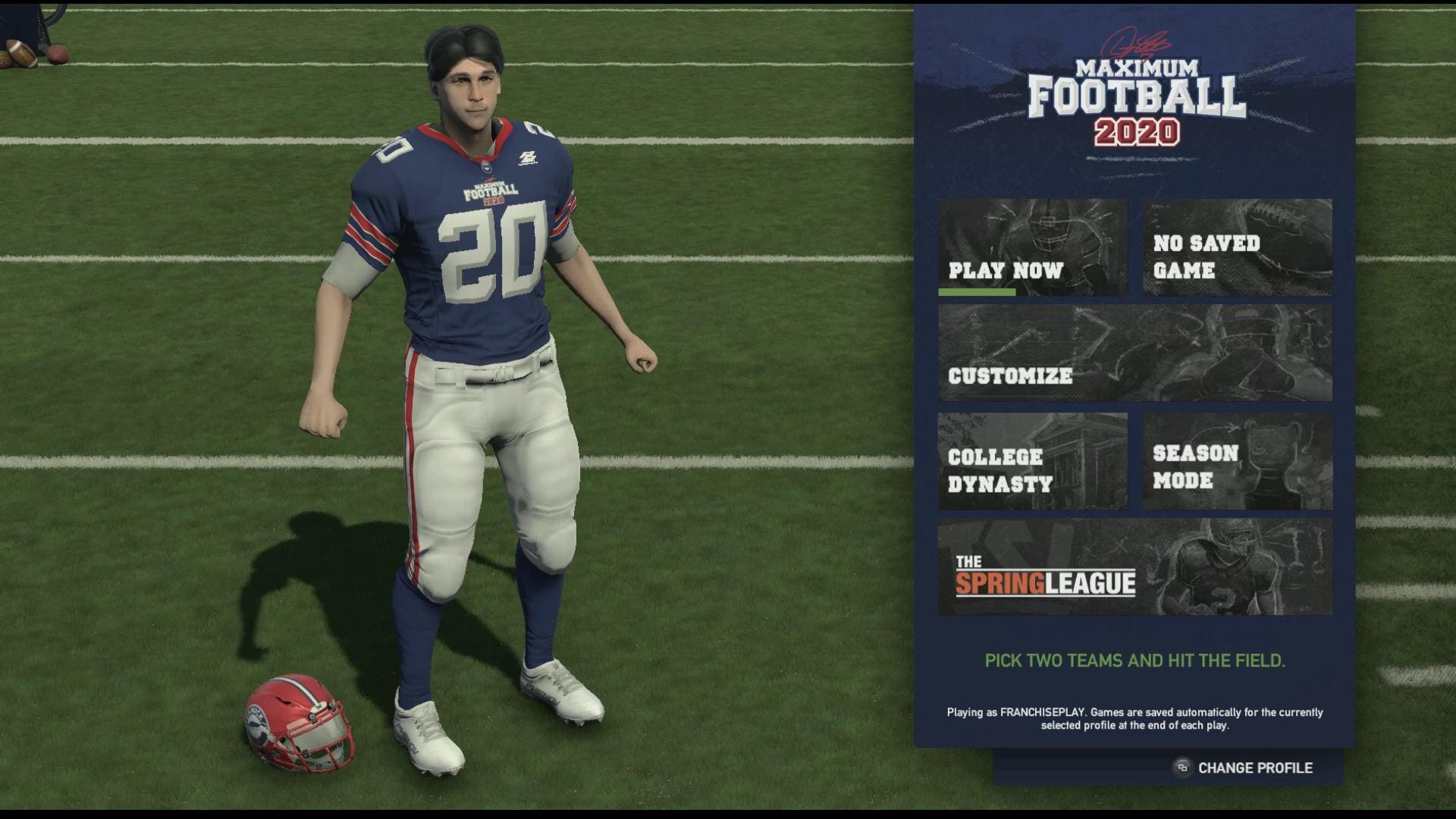 Before getting into this game, which retails for $29.99 and is also available on the PlayStation 4, it’s important we know the developer’s objective.

I pulled this quote from the game’s Patreon page.

“Doug Flutie’s Maximum Football is an indie video game on the Xbox One and PS4. We are driven to make a football game that isn’t Madden. We remember a day when there were multiple football video game options on consoles, we strive for an alternative.”

With that said, here is the good, the bad, and the bottom line on Doug Flutie’s Maximum Football 2020.

There’s almost nothing I could ever imagine wanting to do from a franchise mode standpoint, that DFMF 2020 doesn’t offer.

You can create leagues of varying sizes (up to 130 teams) with different rule sets, etc.

No matter the football experience, from a purely structural standpoint, Canuck Play brings the goods in franchise and season modes.

Quite honestly, if Madden had even 75 percent of what DFMF 2020 offers in the way of a franchise mode, it would be arguably the best sports game on the market.

That wouldn’t fix the glitches and other immersion breakers, but it would be a start.

For as good as the franchise mode options are, the customization is almost on par. You can create or edit everyone in the game. You can also customize the league, teams, and even design logos.

DFMF 2020 doesn’t have the NFL license, but the developers have created tools to close those gaps. The only thing that’s missing, and potential law suits probably explain the absence, is the ability to upload images for logos, player faces, tattoos, etc. You can even design your own plays:

Now, let’s get to the other, and unfortunately far more prevalent portion of this review.

The Visuals are Tough to Watch

When a game has a lower price point, the consumer should expect to make some concessions. You’re not getting a AAA title with a major budget and the highest-quality visuals. Even with that understanding, every single aspect of DFMF 2020, from a visual standpoint, is horrendous.

The player models are from circa 2007, and the animations are from the Original Xbox and PlayStation era. In all honesty, I tried to find something visually appealing about this game, and there was nothing to be found.

When you consider games like Super Mega Baseball, Fortnite, WWE 2K Battlegrounds, Rocket League, and others accomplished much more with equal, less, or slightly higher price points, it’s impossible to defend these kinds of graphics and animations.

The Gameplay is Almost as Bad as the Graphics

Some old school gamers, such as myself, are at times willing to sacrifice some visuals if the gameplay is solid and/or there are a ton of options. DFMF 2020 accomplishes the back end, but fails miserably in the gameplay department.

The flight of the ball is still far too slow. This was an issue in the last version. Collision detection is pretty laughable as well. I returned the opening kickoff for a TD in the very first game I played despite the fact that several tacklers seemed to literally glide right through me on my way to the end zone.

There is so much wrong here, that I almost don’t know where to begin or end. Let’s just say it’s not fun playing the actual game of football in DFMF 2020.

There will be a patch coming to clean up some of the bugs in the game.

Originally, I was told it would come on launch day, but it wasn’t available into the early evening when my download completed on Xbox.

As it is, there are some game-breaking glitches in the game. When attempting some handoffs, your QB will launch himself into some sort of ritual that finds him running maniacally in a circle like a ninja holding a sword (it’s actually the ball but the malfunction prevents him from handing it off). Players fall at his feet as if he is a human tornado before the game ultimately releases him from madness and the running back magically ends up with the ball.

This isn’t an exaggeration. Look:

This was actually the most enjoyable aspect of my evaluation.

One of Madden’s biggest flaws is its lack of presentation. You would think a game that is trying to be an alternative would deliver in the areas where EA is lacking.

I would love for DFMF 2020 to be a good game. I would love for it to be a football game “that isn’t Madden,” and that gives consumers a real alternative. Unfortunately, this isn’t Madden. It’s much, much worse. While it delivers robust options in franchise and customization, the game is just too hard on the eyes, and not fun enough to encourage most people to delve into its underneath layers. Even at a $30 price point, this game probably isn’t worth your time. You’d be better off playing Madden 08 if you’re willing to sacrifice graphics, but still want good gameplay.

No review code was supplied.