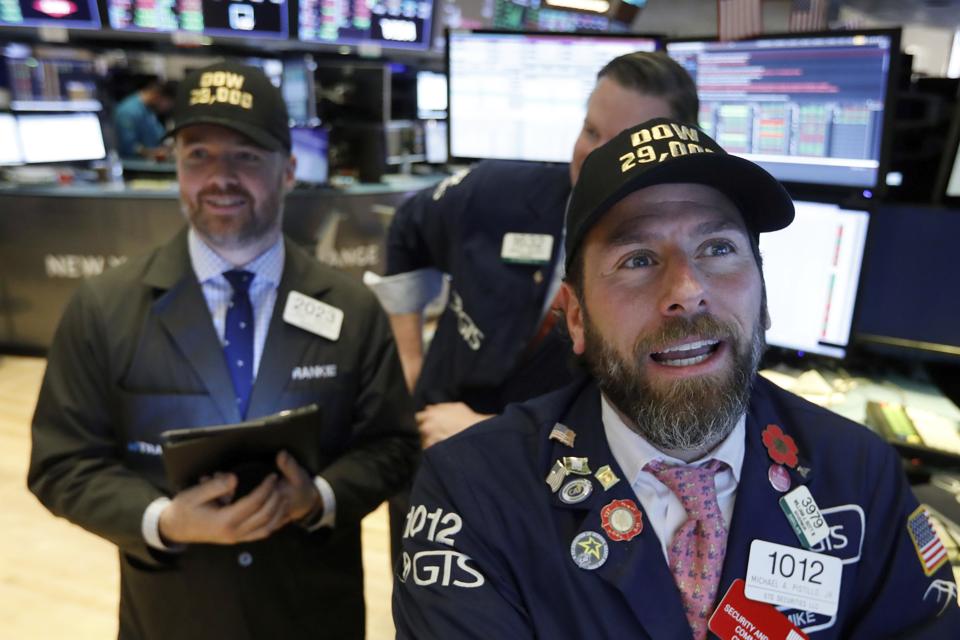 The stock market ended a volatile week on a high note.

Topline: With stocks rising to new record highs on Friday, the Dow Jones Industrial Average surged past the 29,000 mark for the first time ever, as Wall Street investors shrugged off a weak jobs report and the ongoing geopolitical tensions with Iran.

Crucial quote: “Any time the market surpasses a nice round number (like 29,000), it has a positive effect on investor psychology,” says Chris Zaccarelli, chief investment officer at Independent Advisor Alliance. “All things being equal, it’s a signal that investors are more comfortable with the economy, the decrease in trade tensions and (now) the decrease in Middle East tensions.”

Key background: Global stocks started off 2020 on a positive note, before escalating tensions between the U.S. and Iran derailed the markets late last week. Both the Dow and S&P 500 had their worst day of trading in a month last Friday, after a U.S. air strike killed top Iranian general Qassem Soleimani. The market rebounded earlier this week on Monday, thanks to a “reduction in anxiety around the events in Iran,” according to Adam Crisafulli, founder of Vital Knowledge. Stock futures plunged on Tuesday, however, after a reported Iranian retaliation to U.S. air strikes—but the market pared back losses and recovered on Wednesday, as it became clear that Iran’s retaliatory missile strikes on U.S. bases in Iraq resulted in no casualties. Stocks breathed a sigh of relief and rallied on the news that both sides are diffusing tensions somewhat: Trump said in his press conference that Iran “appears to be standing down,” while also indicating there would be no armed response from the U.S.—though he did pledge new economic sanctions on the Iranian regime.

What to watch for: The phase one U.S.-China trade deal. Though both sides have confirmed the agreement will be signed next week, many on Wall Street are waiting to find out specific details: “It still isn’t clear what Trump and Liu He will affix their signatures to,” says Crisafulli. Serious doubts have also emerged over a critical part of the deal: Chinese purchases of U.S. agricultural products. Analysts are skeptical that China will reach Trump’s called-for $50 billion figure, and China is yet to confirm that figure or even how it intends to boost purchases. According to an official statement from China’s vice minister of agriculture and rural affairs earlier this week, the country will keep its grain import quotas unchanged, despite the promise to buy more American farm goods.