Breaking
2021 CES Consumer Storage
Senator Marco Rubio Called Out Twitter For Its...
The False Narrative Of Bitcoin’s Role In Illicit...
Leading By Example Into The New Year
Why Ethereum Has Hit An All-Time High As...
How You Leave Will Shape Your Legacy
The Next Evolution Of Digital Mental Health Support
Paizo And Pinnacle Team Up For Savage Pathfinder
Mammoth U.S. Borrowing Needs Meet Lower Foreign Participation,...
This Leader’s Work To End The Organ Donation...
SAP BrandVoice: Re-Thinking Tax Reporting And Collection In...
What ‘Backs’ The Dollar? Easy: Production
How To Create A Bulletproof Patent
Here’s The Same Financial Advice Given To Mike...
How AI Is Being Used In The Legal...
Consumer Health And Wellness Needs Bring New Challenges...
Home Business Dow Jumps 500 Points As Investors Focus On Reopening The Economy
BusinessFinance

Dow Jumps 500 Points As Investors Focus On Reopening The Economy

The stock market finished higher on Wednesday as optimism about reopening the economy offset concerns about the coronavirus pandemic, U.S.-China trade tensions and nationwide protests over the death of George Floyd. 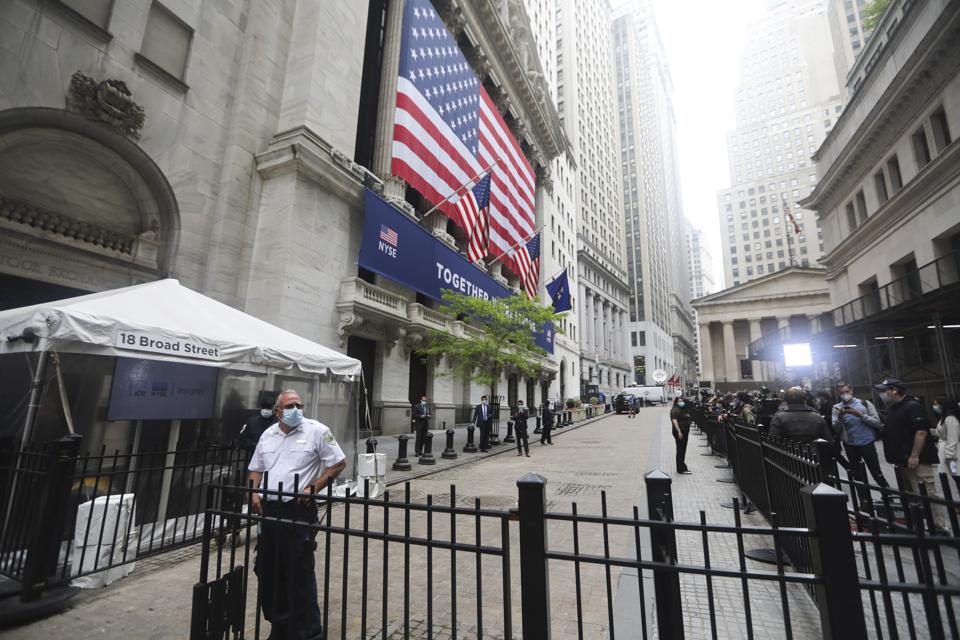 Wall Street is clinging to optimism for a smooth economic reopening.

Stocks posted a third straight day of gains, moving higher on optimism about reopening the economy and despite widespread civil unrest across the country stemming from the death of George Floyd.

Investors don’t see the mass protests as a threat to either corporate earnings or an economic recovery, at least not yet: The S&P 500 is up over 3% since the unrest began on May 26.

The market got a boost Wednesday from better-than-expected economic data: ADP and Moody’s Analytics reported that private payrolls fell by another 2.76 million in May—far less than the 8.75 million expected.

Stocks that would directly benefit from a reopening continued to rally on Wednesday, including airlines, cruise operators, casinos, banks and some retailers.

Zoom shares surged another 7% on Wednesday after the company reported a 169% increase in revenue during the first quarter; the stock is up over 200% so far in 2020.

“It is still hard to get comfortable with valuations while the fundamental narrative is growing increasingly disconnected with reality,” argues Vital Knowledge founder Adam Crisafulli. Many investors are inaccurately conflating reopening with economic normalization, he says, and several risks looming on the horizon (think rising U.S.-China tensions) are being ignored.

The market is moving steadily higher so far in June, building on back-to-back monthly gains. Both the Dow and S&P rose more than 4% in May, after rallying more than 11% in April. The S&P is now up over 40% from its coronavirus crisis-level low on March 23.

Mass Protests Across The U.S. Have No Impact On Stocks, What Gives? (Forbes)

Dow Closes Above 25,000 For First Time Since March (Forbes)

The Unforgivable Sin Apple Committed with The 2020 MacBook Pro