Breaking
Seven Ways To Thrive As A Remote-First Team
Five Ways To Network In 2020
Deckers Outdoor Stock Still Attractive At $258?
Save $50 Off A Fitbit Sense With This...
Meet Jordan Wise & Hamish Stephenson: The Founders...
Google Plex: The Mobile Banking App Every Bank...
Future Of Intimacy: Sex Bots, Virtual Reality, And...
How to Create the Best Facebook Cover Photos...
How To Continue Working Remotely Even If Your...
Apple Dominates Microsoft In MacBook Pro Vs Surface...
Do You Know If You’re Prepared For Retirement?
Law Professor Argues Opportunity Zone Program Is Harmful
The Amazfit GTS 2 Mini May Be One...
Hotelier/ Billionaire Philanthropist Jonathan Tisch: What A Hospitality...
More Entrepreneurship, Less Recidivism Among The Formerly Incarcerated
Do S&P 500 Investors Really Want To Buy...
Home General Dow Plunges 600 Points On Third Day Of Losses As Market Panics Over Covid Resurgence
General 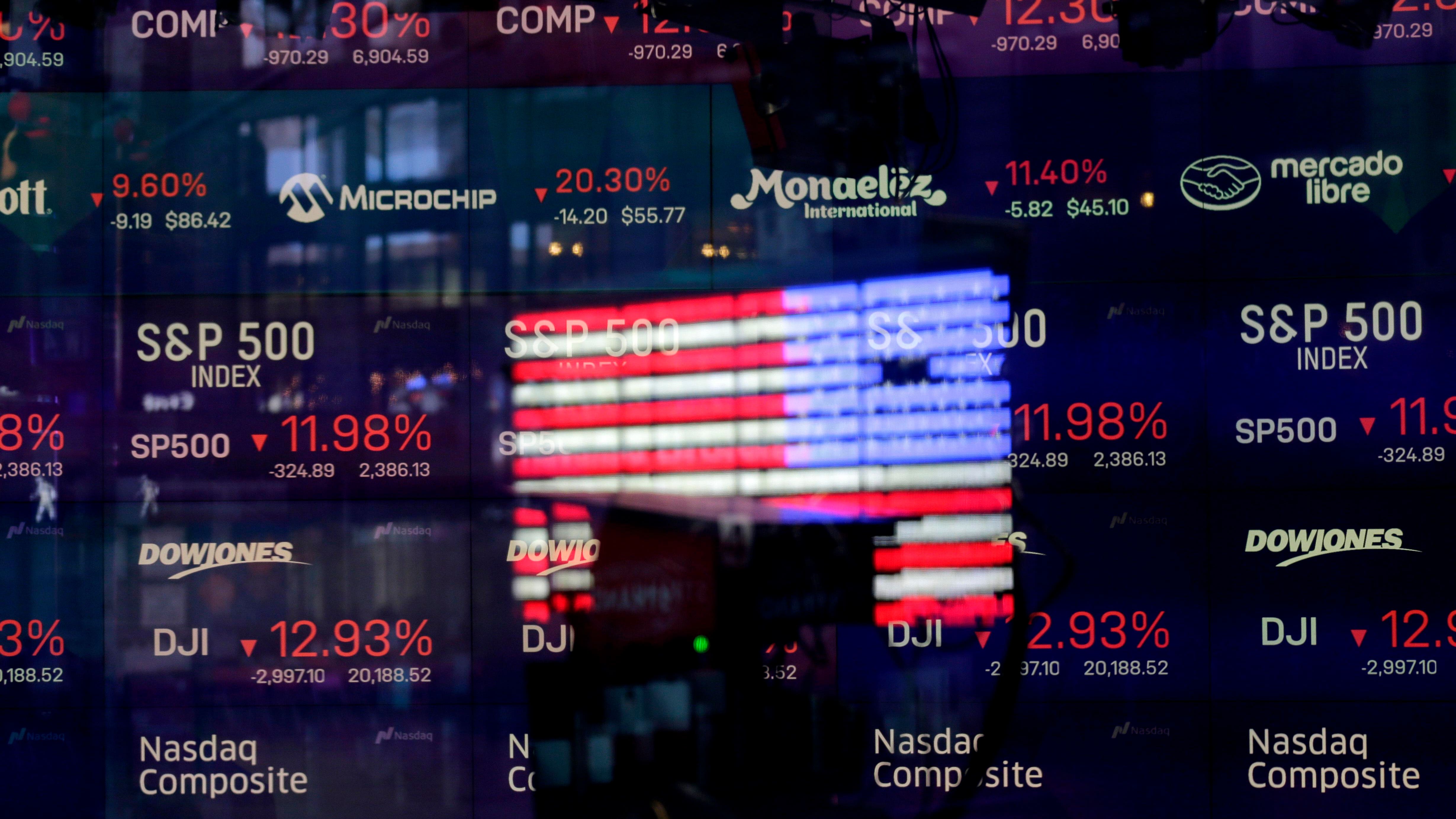 Just six days before the November election, the market is in panic over surging coronavirus cases in the United States and Europe, as France eyes a full-on four-week lockdown that could foreshadow similar restrictions in the U.S.

Yields on the ten-year Treasury Bond—a bellwether of investor confidence that’s struggled to recover from historic lows during the pandemic—also continued to fall, dipping 3% to 0.759% on Wednesday morning, wiping out a week of gains that pushed the indicator to a four-month high last Thursday.

Early morning earnings reports shed light on the ongoing turmoil facing a slew of non-tech industries: Boeing reported its fourth-straight quarterly loss and said it would lay off thousands of employees as part of its “business transformation” initiatives.

UPS, meanwhile, managed to beat Wall Street expectations on an ongoing surge in package delivery, though its shares fell with the broader market; shares of GE, on the other hand, were up more than 5% thanks to a surprise profit on successful cost-cutting initiatives.

Oil prices are also tanking Wednesday morning; the price of a barrel of West Texas Intermediate–the main North American oil benchmark–was down close to 5% just before the market open.

“The double whammy of a stalled stimulus bill and new highs in cases is a harsh reminder of the many worries that are still out there,” says Ryan Detrick, a chief market strategist for LPL Financial. “Most of the recent economic data has been strong, but when you see parts of Europe going back to rolling shutdowns, it reminds us this fight is still far from over.”

With the odds of a stimulus bill passing before next year looking incredibly unlikely, the market’s been in flux over the past week, as heightened pre-election uncertainty and now surging coronavirus cases further dampen investor sentiment. Data from The Conference Board released Tuesday showed that consumer confidence declined in October after increasing sharply in September. “Consumers’ assessment of current conditions improved while expectations declined, driven primarily by a softening in the short-term outlook for jobs,” said Lynn Franco, a senior director at The Conference Board. “There is little to suggest that consumers foresee the economy gaining momentum in the final months of 2020, especially with COVID-19 cases on the rise and unemployment still high.”

Third-quarter GDP data is scheduled for release on Thursday morning. ING Chief International Economist James Knightley said the expected record annualized expansion of more than 30% is likely due to “stimulus-boosted incomes despite the tremendous losses suffered in the first half of the year… Fading stimulus programs coupled with an increase in new COVID cases hindering this growth trajectory and providing a less than promising outlook for the fourth quarter.”

Big Tech Could Be In Big Trouble Next Year Under Biden—Even As Amazon, Apple, Facebook Prepare For Another Monster Quarter (Forbes)