Breaking
How To Get Your Startup Business Off The...
How To Create A COVID Safe Construction Site
How to Make a Good First Impression at...
Here’s Why Texas Instruments’ Stock Growing Almost 2x...
LinkedIn’s 50 Best Startups To Work For In...
3 Marketing Mistakes Holding You Back From Hitting...
Is The Matter In Our Universe Fundamentally Stable...
Majority Support Covid-19 Price Controls Says New Brookings...
Reimagined Pan-Mass Challenge Approaches $41M 2020 Fundraising Goal
Is Bitcoin Poised To Bounce Back After Its...
These ‘Temporary’ COVID-19 Changes Will Become Permanent
How Will Our Mental Health Be Affected By...
Selling A Business During A Pandemic: When Talented...
Top 10 Digital Transformation Trends For 2021
Two Veteran Entrepreneurs Aspire To Clean Up America’s...
PPP Forgiveness Applications Are Opening Up. Should You...
Best Domain Registrar
Free Tech For Black Founders Initiative Saves Startup...
FinCEN Files Scandal Is Unlikely To Change Anti-Money...
Home Business Dow Turns Positive After U.S. Economy Adds Nearly 1.8 Million Jobs In July
BusinessSocial MediaTechnology

The stock market was mixed on Friday, paring back earlier losses to finish positive despite a stronger-than-expected July jobs report being offset by rising U.S.-China tensions and “disappointing” coronavirus stimulus talks. 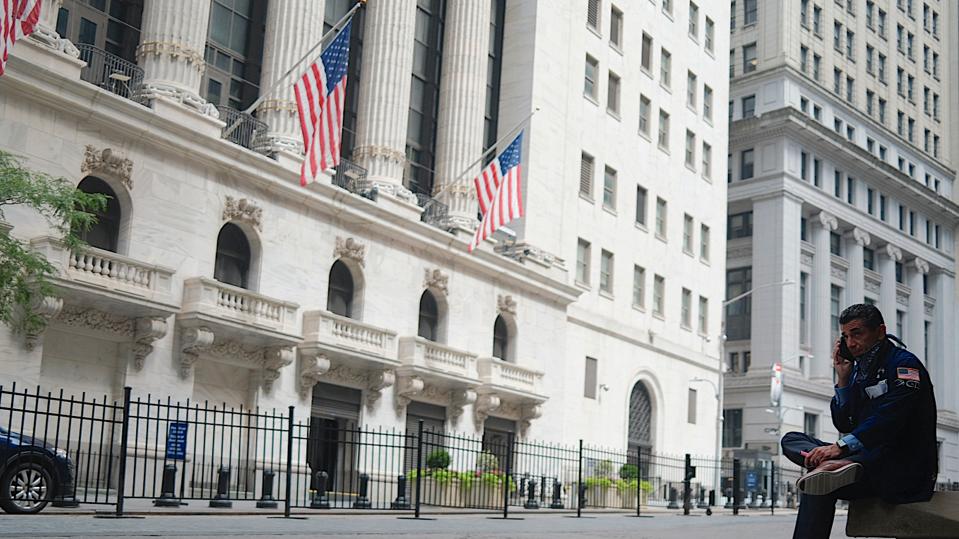 Investors are keeping an eye on ongoing stimulus talks.

Stocks pared back early losses after the Labor Department released a better-than-expected monthly jobs report, which showed the U.S. economy adding 1.76 million jobs in July as some Americans who were laid off amid the coronavirus pandemic returned to work.

Not only did that beat Wall Street estimates, but the unemployment rate was also better than expected, falling from 11.1% to 10.2%.

Although unemployment ticked down for the third straight month, July’s job report is well behind the over 4 million payrolls gained in June, indicating a slowdown in the labor market’s recovery.

The order calls for a ban on any U.S. transactions with ByteDance and Tencent, the parent companies of TikTok and WeChat, respectively, which will take effect in 45 days.

“Much of the rally that we’ve seen so far has been fueled by Federal government stimulus and Federal Reserve liquidity, but for it to continue, the economy needs to continue to heal and the data this morning is adding credence to the idea that things are continuing to improve,” says Chris Zaccarelli, chief investment officer for Independent Advisor Alliance.

So far, 441 companies in the S&P 500 have reported second quarter earnings with more than 82% beating Wall Street expectations—the highest rate on record dating back to 1994, according to Refinitiv data. Just over 15% of companies so far have missed expectations.

Ongoing stimulus talks in Washington. Talks between Democrats and the Trump administration ended in disappointment on Friday after both sides failed to bridge major differences. While both sides have agreed on additional stimulus checks, major disagreements remain on what to do with federal unemployment benefits. Democrats want to extend the federal unemployment benefits of $600-per-week into next year, while Republicans have called for temporary $200-per-week payments that would eventually be replaced by a 70% wage-replacement program in September. Other areas of disagreement include funding for state and local governments, funding for coronavirus testing and money to help schools reopen in the fall.

How An HSA Compares To A 401(k) For Retirement Planning