Breaking
Everything You Need to Know About Corporate Social...
Is Adaptive Leadership the Key to Motivating Employees?
Why business events are set to return with...
Business events set to return with a bang!
Expanding Internationally: 5 Things to Consider for eCommerce...
How the Machine Shop Is Going Digital in...
Sustainable Food Packaging Is Helping the Hospitality Sector...
Top 5 Investment Practices To Make More Money...
Managing IT Requirements for SMEs: 5 Aspects that...
How To Build a Successful Luxury Brand In...
Finding The Best Google AdWords Consultant for Your...
8 Top Tips To Help Your Agricultural Business...
Three Reasons Why Office Décor and Design Are...
Looking To Improve Efficiency In Your Business? Here’s...
AI and machine learning for business
How Social Media Changed the World
Home Technology Dozens Of Countries Could Reverse Carbon Emissions Just By Caring For Nature
Technology 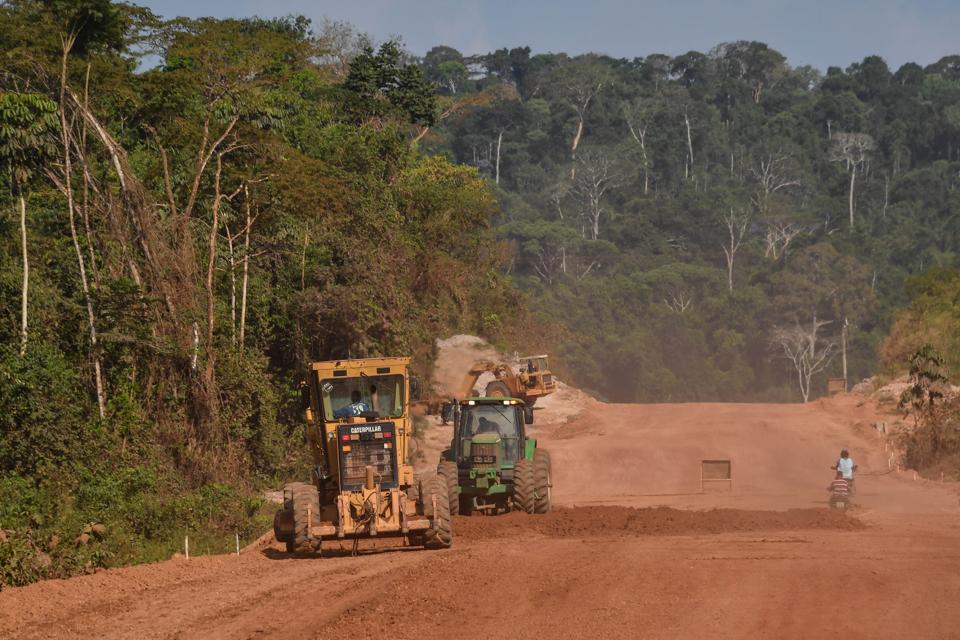 Men on tractors work on a new section of the Trans-Amazonian highway (BR230), near Itaituba, Para … [+] state, Brazil, in the Amazon rainforest, on September 14, 2019. – The BR230 and BR163 are major transport routes in Brazil that have played a key role in the development and destruction of the world’s largest rainforest. (Photo by NELSON ALMEIDA / AFP) (Photo by NELSON ALMEIDA/AFP via Getty Images)

Most of the greenhouse-gas emissions in the world’s tropical countries derive from environmental destruction, and according to a new report, those emissions could be reversed relatively easily and cheaply through improved stewardship.

But natural climate solutions are underemphasized in Paris Agreement pledges and funding mechanisms, according to the authors of “National Mitigation Potential from Natural Climate Solutions in the Tropics,” which appears today in the journal Philosophical Transactions of the Royal Society.

“Collectively, tropical regions release the highest level of greenhouse gas emissions as a result of environmental degradation and destruction, yet these same areas have the greatest carbon storage potential,” according to a press release accompanying the publication.

Countries like Brazil, Vietnam and Malaysia can best reverse emissions by protecting forests; India, Zimbabwe and Niger by managing forests; Togo, Rwanda and Ethiopia by restoring forests that have been lost. Indonesia, Malaysia and Papua New Guinea can make a significant contribution by protecting wetlands, and many other countries through a combination of these solutions.

“These solutions represent one of the most promising climate mitigation opportunities available right now. Yet they’re under-represented in national climate action planning in the Paris Agreement process and receive a tiny fraction of public climate mitigation finance,” says the press release.

A dozen natural solutions like these, implemented across 79 tropical countries, could cost-effectively mitigate 6.6 gigatons of CO2 emissions per year, the report says, reversing more greenhouse gas emissions than the annual emissions of the United States.

Most of those savings—3.5 gigatons—would come just from protection actions. The rest from management and restoration.

The report was prepared by scientists from Conservation International, The Nature Conservancy, Woods Hole Research Center, and several universities. It also finds that:

The authors focused on tropical countries because they have the greatest potential, but they call for further studies in temperate and boreal regions as well. 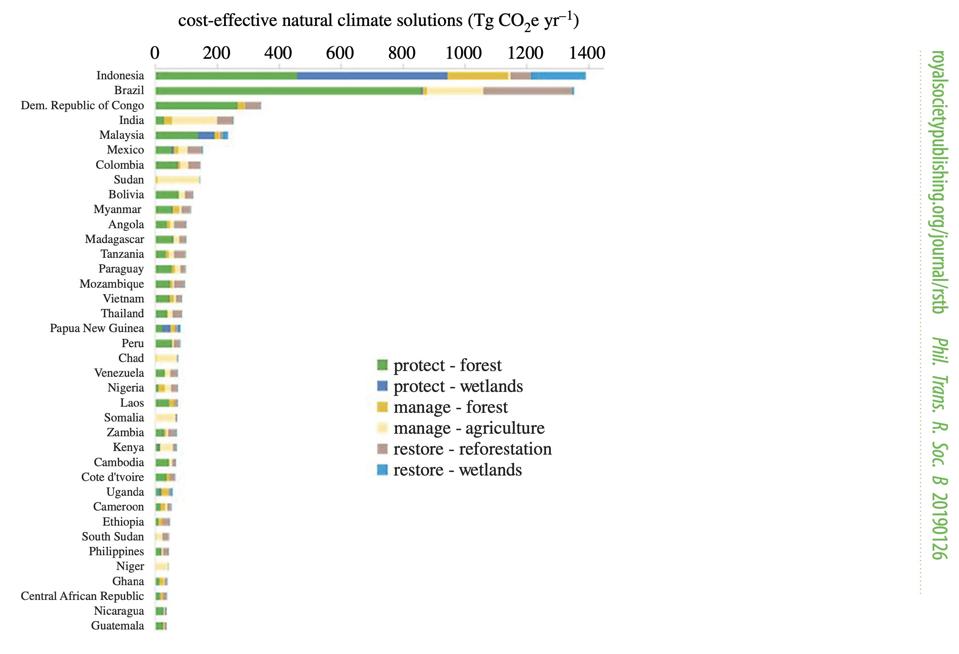