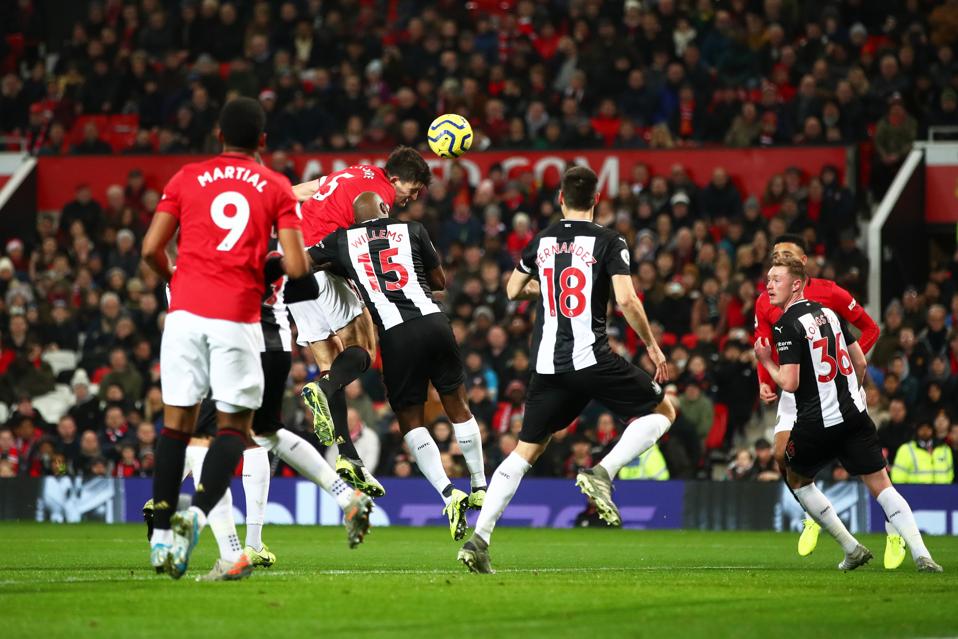 For seven wonderful, exhilarating minutes, Newcastle United had the scent of a Christmas miracle in their nostrils. Matty Longstaff, brother of Manchester United target Sean and arch nemesis of the Red Devils, had come in from the cold to start alongside his sibling, just as he did when the two sides met at St James’ Park in early October. Just like then, too, he scored; Old Trafford was stunned into silence, and the genuine belief, galvanised by recent results, looked to be paying off. Steve Bruce, a former Red Devil himself, was looking for his first win at the Theatre of Dreams; unfortunately for him, he still is. As has been the case far too often for Newcastle on that hallowed turf, the dream was taken away almost as soon as it was dangled.

Anthony Martial restored parity, beating Martin Dubravka at his near post, and 14 minutes after that, it was 3-1 and the game was done and dusted before the half time whistle sounded. This was a familiar story; Newcastle will never go so far to expect anything away at Manchester United; they’ve won just once there in 47 years, despite taking the lead on their last three visits. But this one should have been different; according to almost every fan travelling down on Boxing Day, as well as a number of journalists and pundits, the task was doable. This was a time for change; Newcastle had won three of their last five Premier League games, while their opponents had been beaten at bottom of the table Watford just three days earlier. The fact Ole Gunnar Solskjaer’s men had taken six points from Tottenham Hotspur and Manchester City, making the Norwegian the first ever manager to beat both Jose Mourinho and Pep Guardiola in the same week, was not part of the pre-game narrative. 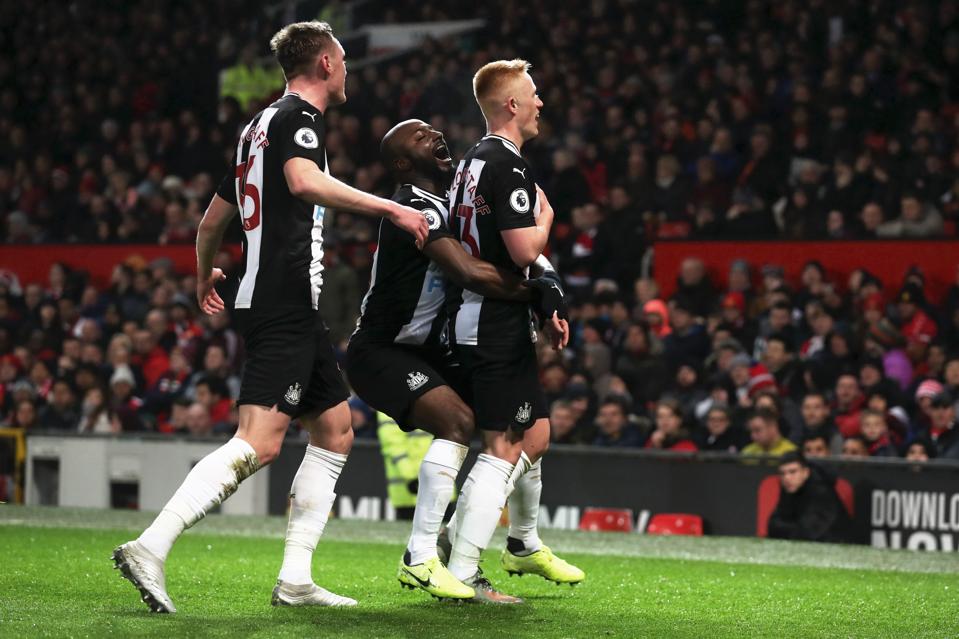 While it is probably true that this Manchester United team is their worst of the Premier League era, plunging to new depths with every passing year since the great Sir Alex Ferguson’s retirement in 2013, some perspective is required to work out what that means. Ferguson guided them to 13 league titles, five FA Cups and two European Cups in 27 years; any current team has incredibly high standards to match, meaning that their basic level still has to be competitive enough to dispatch a team like Newcastle, who have certainly ridden their luck over recent weeks and saw that run out rather emphatically. Martial added a second, with Marcus Rashford and Mason Greenwood, two of the brightest academy products in recent years, completing the rout. This is a Manchester United team incapable of recapturing past glories, devoid of quality and mentality in some areas, but still more than good enough to sweep past a Newcastle side who have faced similar accusations recently.

At their best, the visitors could be considered a threat, but the festive fixture pile up, and a growing injury list, dealt Bruce a bad hand. It doesn’t take a rocket scientist to see why the Christmas period can define a season, and teams with better squad depth often perform during that time. With Everton heading to Tyneside less than 48 hours later, two of the driving forces for Newcastle of late, Jonjo Shelvey and Andy Carroll, were rested. Allan Saint-Maximin’s continued absence is the most defining issue, but it was always likely to be a struggle without any of that trio. The Longstaff brothers, who have shown exactly why they are so vital to the cause, found it difficult to keep up with the pace of the game, which is why everything fell apart so quickly.

There are many faults that can be picked out of Solskjaer’s team and his managerial reign, but the least he has done is set them on a path. They now have a style of play, built around getting the best from Rashford and Martial, and Newcastle’s continued errors meant they played right into their hands. The difference between a confident Manchester United and a timid Manchester United performance lies with the pace in their play; sadly for Newcastle, they raced through the gears, and their usually excellent defence was left exposed. It certainly is concerning to see what happens when they aren’t at their best as they’ve been for the majority of the campaign so far. 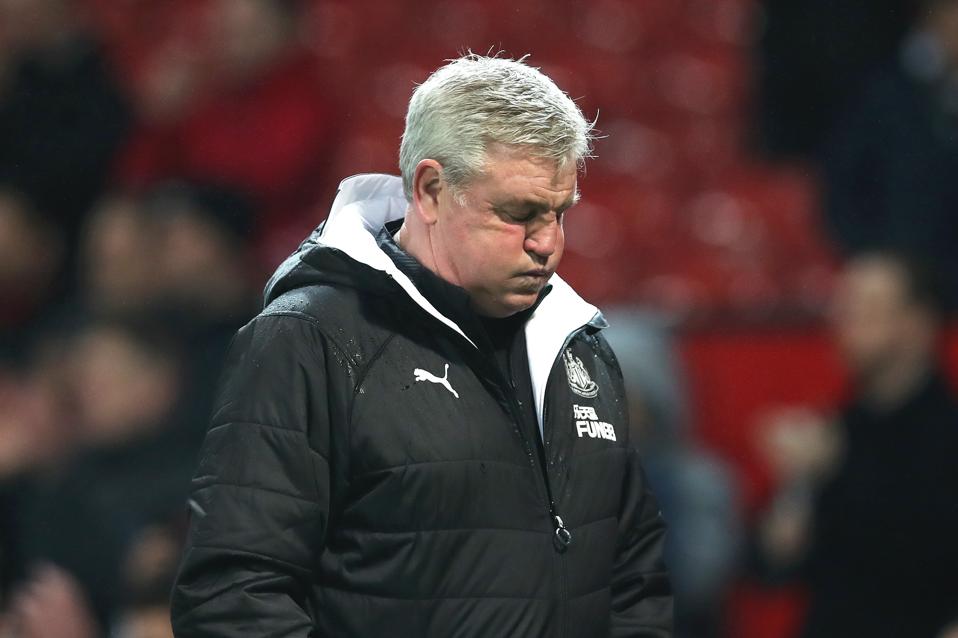 MANCHESTER, ENGLAND – DECEMBER 26: Steve Bruce, Manager of Newcastle United reacts as he walks off … [+] the pitch at full-time after the Premier League match between Manchester United and Newcastle United at Old Trafford on December 26, 2019 in Manchester, United Kingdom. (Photo by Ian MacNicol/Getty Images)

Resting on laurels is not something Newcastle can ever afford to do, but they must be quicker to bounce back than ever before. St James’ Park has become a staple for their good results this season, they are unbeaten in eight home games dating back to the opening day. Everton were beaten in spectacular fashion in March, with the Magpies recovering from 2-0 down; lots has since changed, though. Despite countless issues this term resulting in Marco Silva’s sacking, they are enjoying a clean slate under Carlo Ancelotti.

Rightly or wrongly, some Newcastle supporters have resisted getting swept up in the positivity surrounding the team as they sit safely in midtable. To them, results such as Thursday’s have always felt around the corner because of the lack of depth in the squad. January reinforcements are unlikely, but with a tough run of fixtures coming up, the controversial hierarchy are set to be reminded of how much work there still is to do this season.

CBD Oil: Meet Some Of The Top Brands

TV Viewing Is Up And Pluto, Tubi, Crackle...

How To Run A Business With Your Romantic...

How To Turn A Hobby You Love Into...