Home Business Dua Lipa Rises To No. 1 In The U.K. While Ed Sheeran, Queen And Bill Withers Return To The Top 10
Business

Dua Lipa Rises To No. 1 In The U.K. While Ed Sheeran, Queen And Bill Withers Return To The Top 10 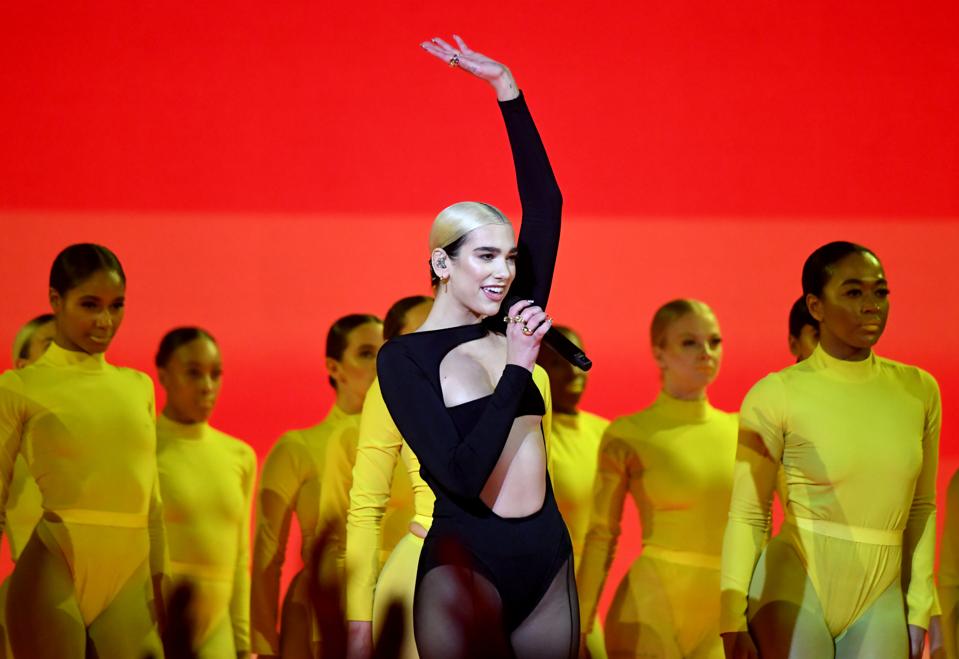 Dua Lipa must have been disappointed last week when her new album Future Nostalgia debuted in second place in the U.K., as she only missed the top rung by under 1,000 equivalent units, a very small sum, even in the island nation. Now, as the title that beat her to the top falls dramatically, the pop singer climbs to the peak position for the first time in her career.

The superstar’s sophomore set Future Nostalgia lifts to No. 1 in the U.K. thanks to particularly strong second-week sales and streams. The set has now produced a trio of top 10 singles, and they all find space inside the highest region for a second week in a row.

Inside this week’s top 10 on the U.K. albums chart, no new titles debut, but a number of popular releases return to the area and one collection that has previously landed on the ranking enters the uppermost area once again.

Back in second place is Lewis Capaldi’s Divinely Uninspired to a Hellish Extent, which jumps from No. 5 to No. 2. Behind the Scottish musician’s shockingly successful release come The Weeknd’s After Hours (No. 3), Harry Styles’ Fine Line (No. 4), Billie Eilish’s When We All Fall Asleep, Where Do We Go? (No. 5) and Skepta, Chip and Young Adz’s Insomnia (No. 6).

One of the most successful albums in U.K. history, Queen’s Greatest Hits, returns to the top 10 once again, which is very surprising considering how long it has been charting and how many copies it has already sold. The project, which features the group’s most beloved singles, rises from No. 12 to No. 7, earning a twenty-fourth turn between Nos. 1 and 10.

Also back inside the top 10 is Ed Sheeran’s latest release No.6 Collaborations Project, which steps up from No. 11 to No. 8. The set continues to be powered by a number of hit singles, two of which are currently present on the U.K. songs ranking. Former leaders “I Don’t Care” with Justin Bieber dips to No. 76 while “Beautiful People” with Khalid ascends to No. 85.

Elton John found himself back inside the top 10 last week when his compilation Diamonds rose to No. 10, and this time around it’s up again to No. 9.

Beloved singer Bill Withers returns to the top 10 on the U.K. albums chart following his death a short time ago. The musician’s The Ultimate Collection re-enters the list at No. 10, its previously-established high point, for another turn close to the top. The project remains the only item Withers produced during his lifetime that managed to break into the top 10 in the U.K.

Stars Of It Chapter Two And Terminator: Dark...

Box Office: ‘Once Upon A Time In Hollywood’...

Will Trump Become The Herbert Hoover Of The...