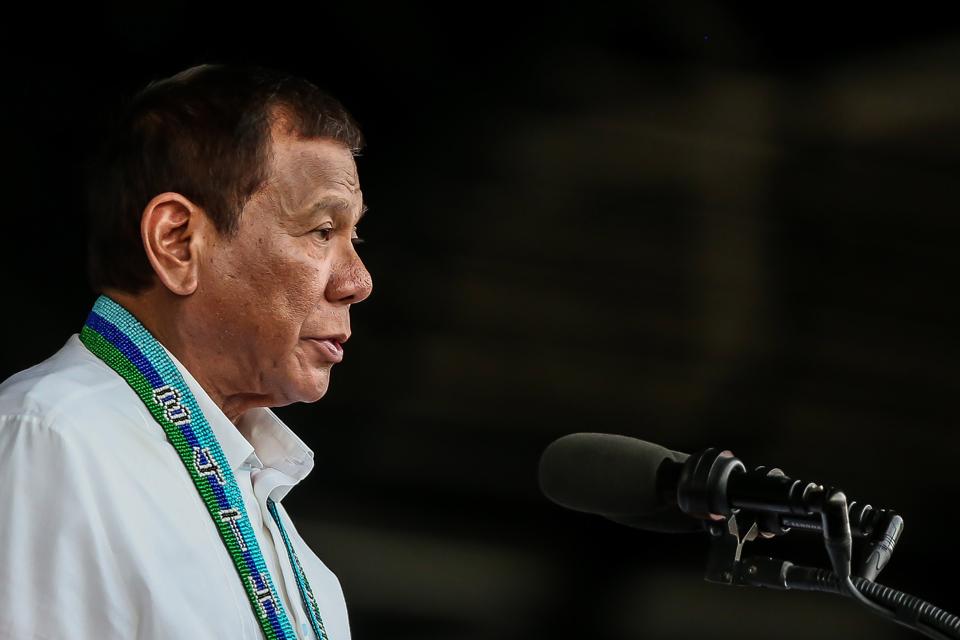 QUEZON, Dec. 17, 2019 — Philippine President Rodrigo Duterte speaks during the celebration of the … [+] 84th anniversary of the Armed Forces of the Philippines inside Camp Aguinaldo in Quezon City, the Philippines, Dec. 17, 2019.(Photo by Rouelle Umali/Xinhua via Getty) (Xinhua/ROUELLE UMALI via Getty Images)

The Philippines is getting a more corrupt and less democratic state under President Rodrigo Duterte. That’s according to recent rankings published by international agencies.

The Philippines is the 113 least corrupt nation out of 180 countries, according to the 2019 Corruption Perceptions Index reported by Transparency International.  That’s 14 notches below the 2018 ranking and 18 down from 2015 before Duterte becomes President!

Meanwhile, the Philippines slid down one notch in the Economist Intelligence Unit’s (EIU) Democracy Index for 2019, to 54th place.

Rising corruption means that President Duterte’s anti-corruption rhetoric that helped him grow in power was just that — rhetoric. Meanwhile, his death squads and attacks on media have undermined the country’s democratic institutions, without helping the Philippines in the corruption front.

Growing corruption and faltering democratic institutions are endemic problems for most emerging market economies. It’s what keeps them from achieving sustainable growth and escaping poverty. 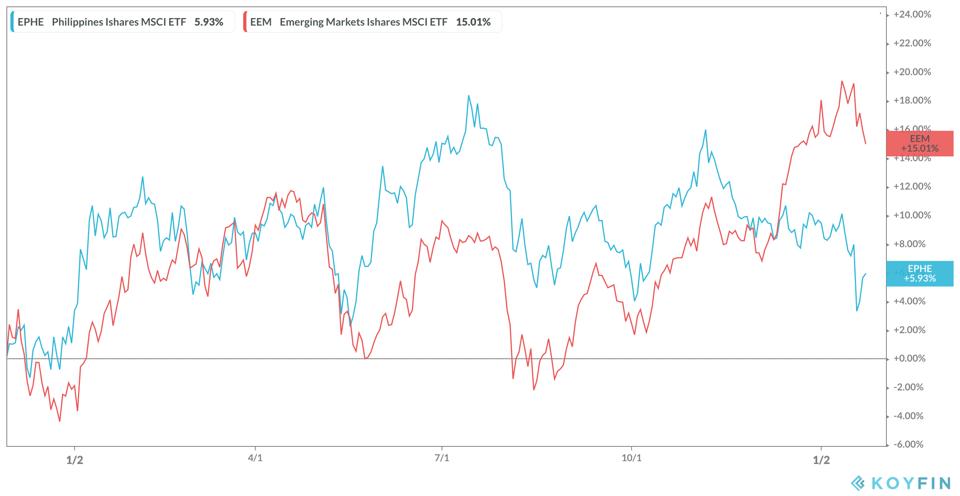 Governments rise on the promise to drain the swamp of corruption of their predecessors and fall as they slide in the mire of their own corruption.

That’s what has been the case in the Philippines where hard-working Filipinos remain poor, watching the people of other nations in the region getting rich. Revolutions of all colors and sorts come and go in the Philippines. Still, the old villains — corruption and political oppression — remain intact, preventing the country from developing modern infrastructure, attracting foreign capital, lowering unemployment, sustain economic growth, and escape poverty. 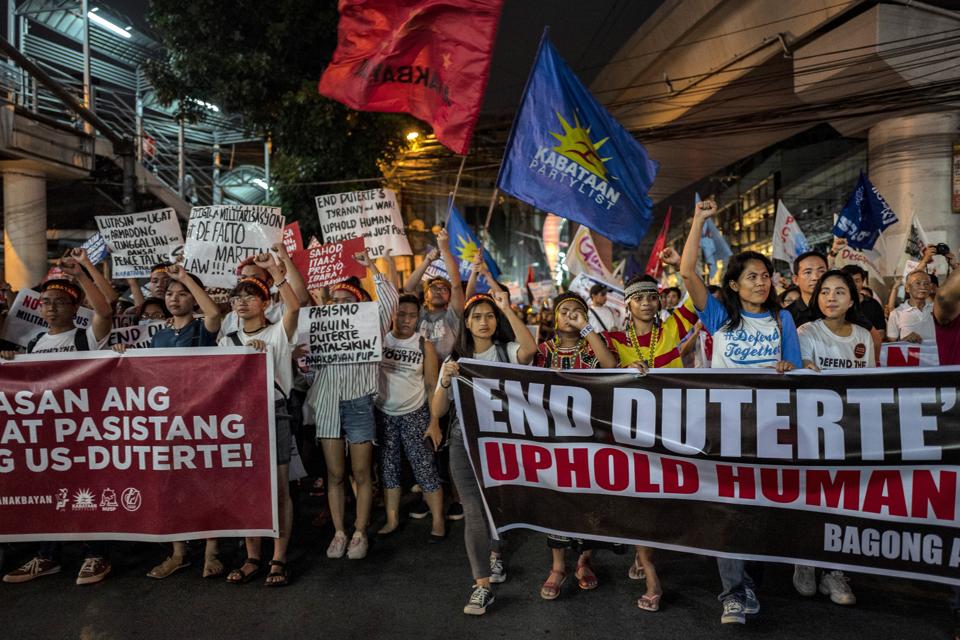 MANILA, PHILIPPINES – DECEMBER 10: Filipinos take part in a protest marking International Human … [+] Rights Day on December 10, 2019 in Manila, Philippines. On International Human Rights Day, thousands of Philippine President Rodrigo Duterte’s critics marched the streets to condemn what they say are the many human rights violations under his watch. The protests come in light of the continued killings of activist leaders and indigenous peoples, the worsening working conditions of labourers, the thousands killed in the government’s deadly campaign against illegal drugs, and Duterte’s proclamation labeling communist rebels and progressive groups as terrorists. (Photo by Ezra Acayan/Getty Images)

There’s a simple reason: every new regime uses the old mechanisms, which they had confronted before rising in office, to advance its interests rather than the interests of the masses.

The Philippines is a wealthy country both in natural resources and human resources. But it remains an emerging country. While its Gross Domestic Product per capita in reached a record of  $3002 in 2018, it’s still 24% below the world’s average; and well below the per capita GDP of neighboring countries.

Meanwhile, the faltering of democratic institutions under Duterte has undermined the country’s image abroad, and given President Duterte a free hand to flip-flop on foreign policy.

His South China Sea policy flip-flops, for instance, have distanced the Philippines from its old friends and allies. And have weakened the country’s sovereignty by Beijing, as was discussed in previous pieces here. 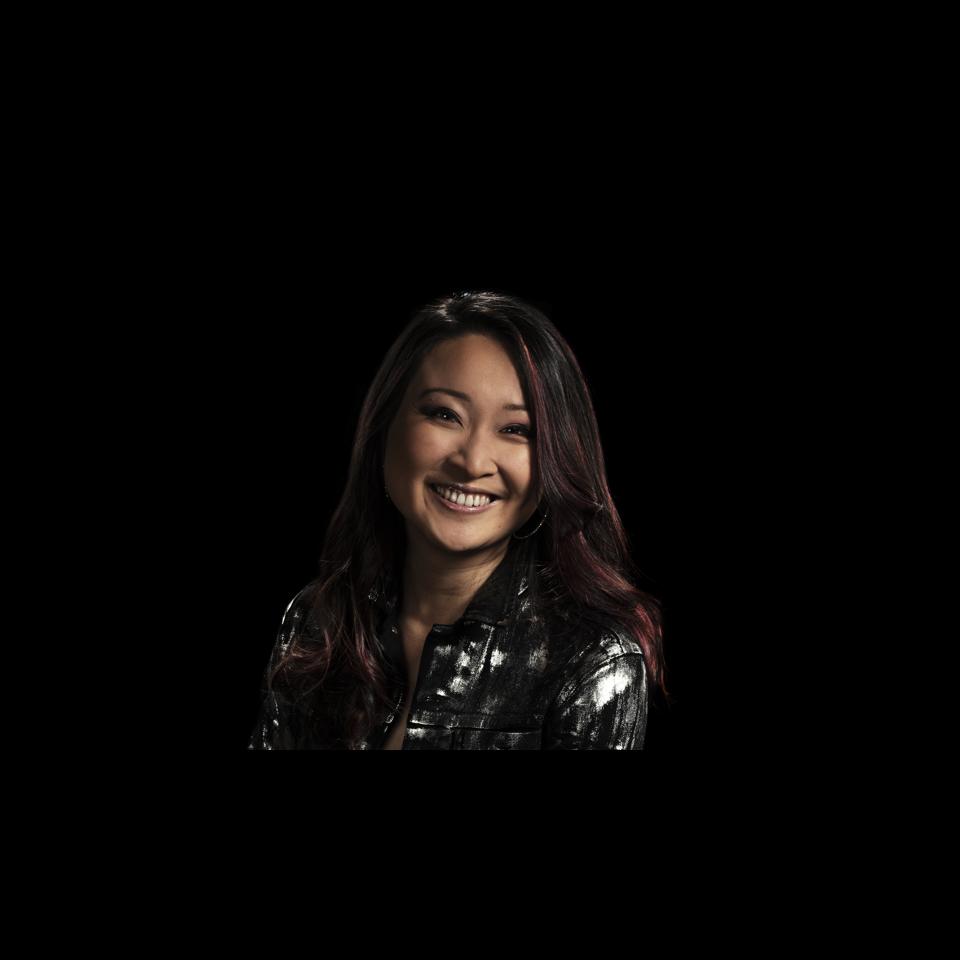 Shrewsbury Town Vs Liverpool: How Jürgen Klopp’s Reds Could Line-Up In The FA Cup Clash

Report: Bezos Texts Leaked First From His Girlfriend To Her Brother, According To Prosecutors

Netflix’s ‘Altered Carbon Resleeved’ Is Not Worth Watching,...

Taylor Swift And Kanye West Are A Lesson...

Should The KC-46 Tanker Have Been A Fixed...

This Overlooked Fund Will Pay 7.7% Dividends In...