Breaking
What You And Your RTO Business Need To...
4 SEO Trends for Websites You Should Not...
3 Reasons Why Desk Booking Is Rising In...
8 Tips to Play & Win at Online...
How can software benefit facility management?
Do Professional Casino Players Pay Taxes for the...
Becoming a Trading Expert: What Is the Best...
Dos and Don’ts for B2B Organisations in 2022
Should your business be using Machine Vision?
Colour Masterbatch vs Raw Pigments – Which Is...
Keeping your business moving as you expand online
Top Four Celebrities Who’ve Invested In Cryptocurrency
Why is Cloud Computing Tipped to be the...
How to Raise Money for Non-profit Organizations in...
Choosing the right theme for your WordPress Business...
A Guide to Using Celebrities to Promote Your...
Home Business Dwight Powell Will Miss The Rest Of The Season After Tearing His Achilles
Business 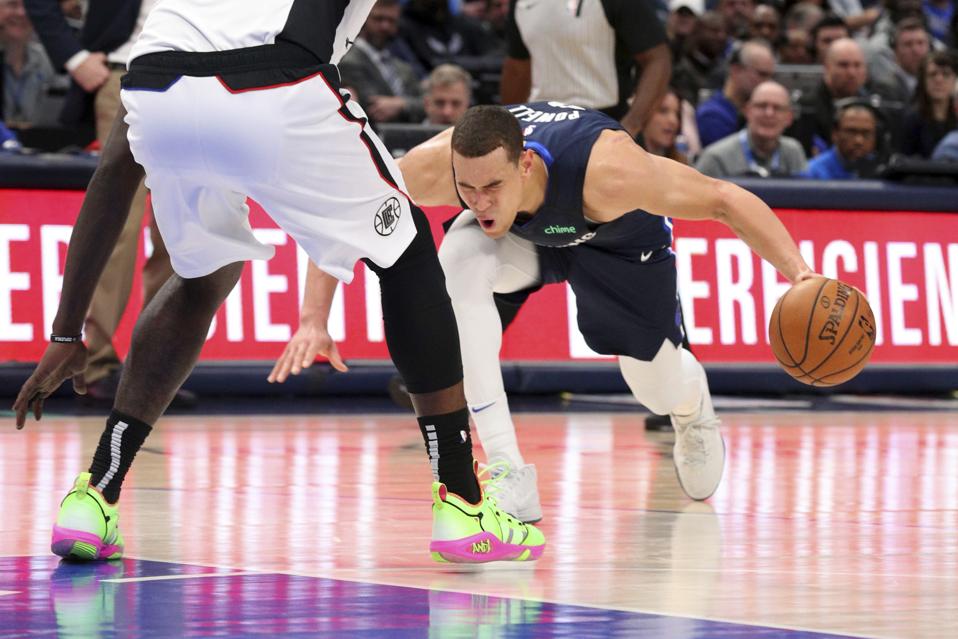 Dallas Mavericks forward Dwight Powell (7) stumbles due to injury in the first half of an NBA … [+] basketball game against the Los Angeles Clippers Tuesday, Jan. 21, 2020 in Dallas. (AP Photo/Richard W. Rodriguez)

Just as Kristaps Porzingis returned from an extended absence, the Dallas Mavericks suffered yet another injury blow. Tuesday night as the Mavericks faced the Los Angeles Clippers at home, starting center Dwight Powell collapsed on the court in agony during the first quarter. He was helped off the floor, unable to put weight on his right leg and did not return to the game.

The Mavericks released a statement soon thereafter saying that Powell sustained a right Achilles injury. After the game, reports that surfaced about the severity of the injury, as well as the reaction from Mavericks Head Coach Rick Carlisle, painted a dour picture.

“It’s a somber night with Dwight’s situation,” Carlisle said. “He’s going to have an MRI tomorrow. His right Achilles injury is feared to be severe, but we won’t know for sure until his diagnostics test. It’s a real tough one.”

Wednesday afternoon, the team confirmed Carlisle’s fears, announcing that Powell ruptured his right Achilles tendon. He is currently weighing his surgical options and will miss the remainder of the season.

For everyone involved, the news is devastating. Since joining the Mavericks in late 2014 as an afterthought in the ill-fated trade for Rajon Rondo, Powell has established himself as one of the core members of the organization. To a person, teammates and coaches praise his work ethic, demeanor and involvement in the community. Beyond that, he’s an important part of Dallas’ best-ever NBA offense this season.

This season is the first with Powell as a permanent fixture in the starting lineup. That unit of Luka Doncic, Tim Hardaway Jr., Dorian Finney-Smith, Porzingis and Powell has an offensive rating of 120.3, helping contribute to the Mavericks’ overall offensive rating of 116. In fact, Powell appears in almost all of the team’s high-octane five-man lineups.

That shouldn’t come as a surprise. He is one of the most efficient scorers on the team year-after-year. This season, he was shooting 63.8% on field goal attempts, the highest of any player seeing significant minutes and the highest of his career. He’s also averaging 9.4 points and 5.7 rebounds. His performance leading up to this season also helped land him a new contract, after ranking as the Mavericks’ most underpaid player.

Powell and the Mavericks came to terms on a three-year, $33 million extension last June after he opted into the final year of his current contract. He’s earning $10 million this season. With Powell locked in through the 2022-23 season, now comes the hard part of returning from his injury.

NBA players usually require an average of 10 months to return from an Achilles rupture, although each person responds and reacts differently to surgery and recovery. For example, former All-Star DeMarcus Cousins, who is now with the Los Angeles Lakers, spent almost a full year away from basketball. He tore his left Achilles in late January 2018 while playing for the New Orleans Pelicans and didn’t return to action until the following January, when he was then a member of the Golden State Warriors. Cousins suffered his injury at age 27. Powell is 28.

If there is some good news for Powell coming out of all of this, it’s that the Mavericks training and medical staff, led by Casey Smith, have quite a bit of experience when it comes to rehabilitating an Achilles tear. Both Wesley Matthews and J.J. Barea went through recovery from Achilles ruptures during Powell’s time with the team. Neither one suffered major setbacks after returning to play.

Still though, the prospect of a full recovery is months away. Until then, it’s up to a committee to fill the hole Powell’s absence creates in the Mavericks’ rotation. The whole team understands how much he means to their success and how much he’ll be missed. But that’s not what his teammates are thinking about right now. They just looking forward to seeing him back on the court and better than ever.

“Off the court and on the court, he gives us a lot,” Doncic said, “He’s going to come back stronger.”