Breaking
How To Get Your Startup Business Off The...
How To Create A COVID Safe Construction Site
How to Make a Good First Impression at...
Covid-19 Death Toll In U.S. Passes 200,000
5 Decisions That Will Increase Your Chances Of...
Coronavirus Is Shaping Up To Be Very Bad...
Is It Time For A Bank For Women?
As Israel Locks Down, Its Health Tech Sector...
Buying The Bulge Is Dangerous
5 Strange Things Happening Right Now In The...
The Best Blogging Platforms (In-Depth Review)
How Will The Coronavirus Impact Your Finances?
How Xbox Series X Will Attempt To Avoid...
Virgin Orbit Seeking Over $100 Million As ‘Jaw...
How To Develop The Confidence To Launch A...
USPS Covid-19 Coronavirus Plan To Send Every Household...
Android Circuit: Mysterious Samsung Galaxy, Google’s Next Pixel...
Snowflake: Valuable Lessons For Entrepreneurs
After Man Shoots Fiancee’s Parents, Bloody Footprints Lead...
Home Technology EA Delayed Madden 21 Reveal To ‘Stand With Black Community Of Friends, Players, Colleagues, And Partners’
Technology 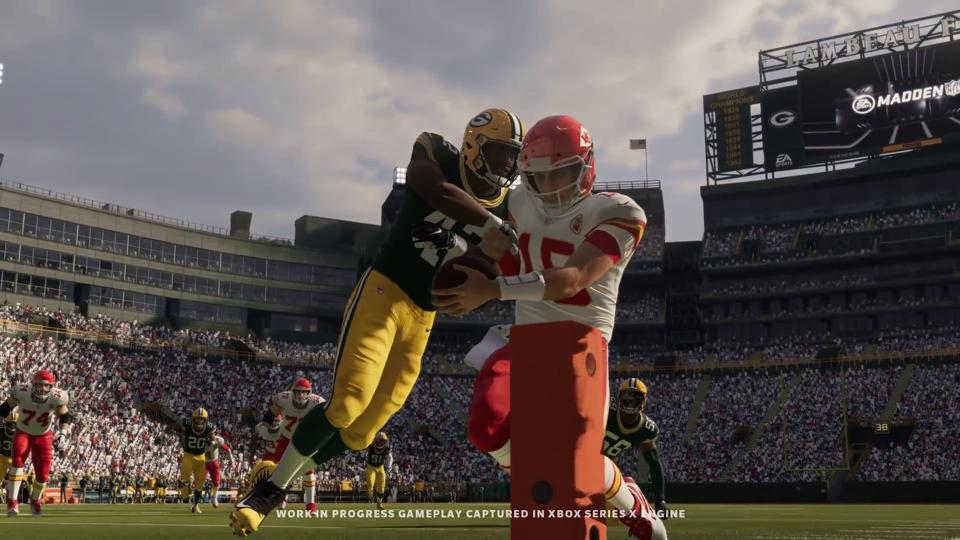 If you were expecting to get your first look at Madden 21 on Monday, you’ll have to wait.

Due to the civil unrest that has stemmed from the horrendous murder of George Floyd at the hands of Minneapolis police officer Derek Chauvin while three other officers watched and/or stood guard, Electronic Arts elected to postpone their reveal previously scheduled for June 1.

Peaceful protests, looting, riot and violence has gripped the country over the past few days, and like EA, many companies have chosen to close down business operations with many residents and consumers reeling from an amalgamation of fear, anger, and helplessness.

The first unveiling of the PlayStation 5 was set for June 5, but that too has been postponed to a later, unspecified time.

2020 continues to be one of the most unfortunately eventful years in recent memory.

Bushfires in Australia, the death of Kobe Bryant and his teenage daughter Gianna, the spread of the Coronavirus and now the Floyd murder and aftermath have rocked the globe, affecting the entire world, and the sports gaming universe has not proven to be immune.

The release date and some of the game’s features seemed to have leaked in late May, but the visuals were to be the draw on Monday. That includes perhaps the first extended look at the new game on the next generation of consoles (PlayStation 5 and Xbox Series X).

As more information regarding Madden 21 becomes available, I will share. For now, more important issues have taken precedence.