Breaking
Google Meet’s Unlimited Calling Will Continue To Be...
The Need For Speed-Is Quantum Computing A Good...
Stock Market Crash: The End Game Approaches
Best Video Conferencing Software
For These Indigenous Artists “Land Back” Is Both...
The Current Tech Stock “Bubble” Reflects Pessimism, Not...
A Look At What’s Inside House Democrats’ New...
How Public Health Experts Are Harnessing The Power...
This Husband And Wife Built A Luxury Brand,...
This Husband & Wife Built A Luxury Brand,...
Luxury Footwear Brand Chelsea Paris Re-Launches And Stays...
The 30 Upgrade Module ‘Avengers’ Farm Trick You...
50 Years After Milton Friedman, Where Does Capitalism...
House Prices To Rise Through The Recession As...
Is An Internet Service Provider Revolution On The...
Why Selecting The Right Chairs And Tables For...
Home Technology EA UFC 4 Gameplay: Watch Kamaru Usman Vs. Nate Diaz And Jorge Masvidal Vs. Conor McGregor
Technology 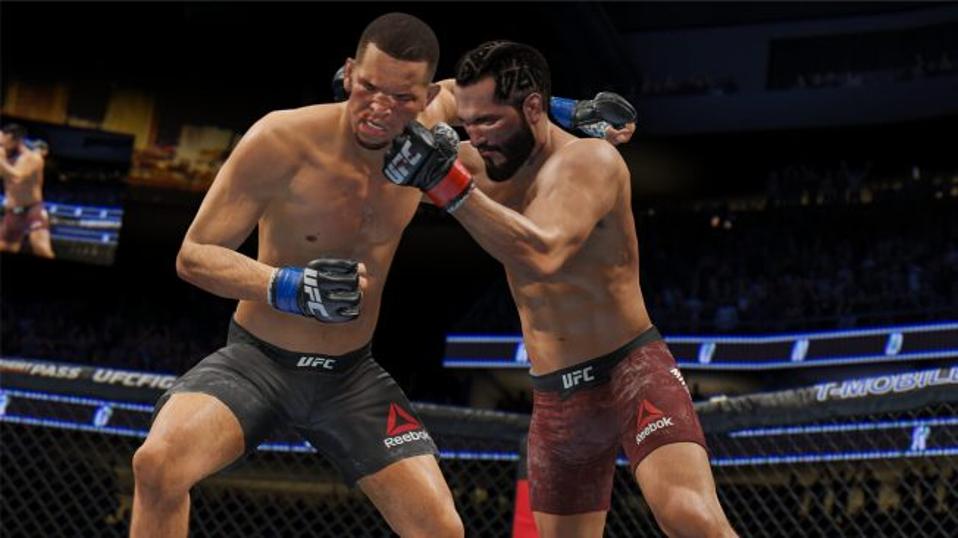 The EA UFC 4 beta closed abruptly last week, and the feedback was a mixed bag. I posted my impressions of the demo, which weren’t predominantly positive, but I do still have hope for the final product.

I didn’t capture gameplay from the beta because that can be a touchy thing, even though there didn’t appear to be any restrictions conveyed from EA.

Since the beta has been gone, we’ve seen at least two gameplay videos posted on YouTube, and it’s unclear if this comes from the beta or another build.

Take a look at fights between Kamaru Usman and Nate Diaz and Conor McGregor vs. Jorge Masvidal.

If you’re wondering what a KO looks like in the game, take a look at the second video. It ends with a pretty spectacular finish.

EA UFC 4 releases on PlayStation 4 and Xbox One on August 14. The beta had only a handful of fighters to choose from, but the retail version will boast more than 220.

There will also be multiple arenas including a backyard cage and a Kumite arena that is reminiscent of a 1990s martial arts movie.

Ultimate Team has been removed from the game and it has instead been replaced by a wild create-a-fighter engine that leads to online championships, leaderboards and an innovative concept called Blitz Battles with revolving rule sets.

There is some real value at the base of this game, but there is also some obvious room for improvement when it comes to gameplay and a final coat of polish on the visuals.

Perhaps we’ll see it all come together when it launches next month.