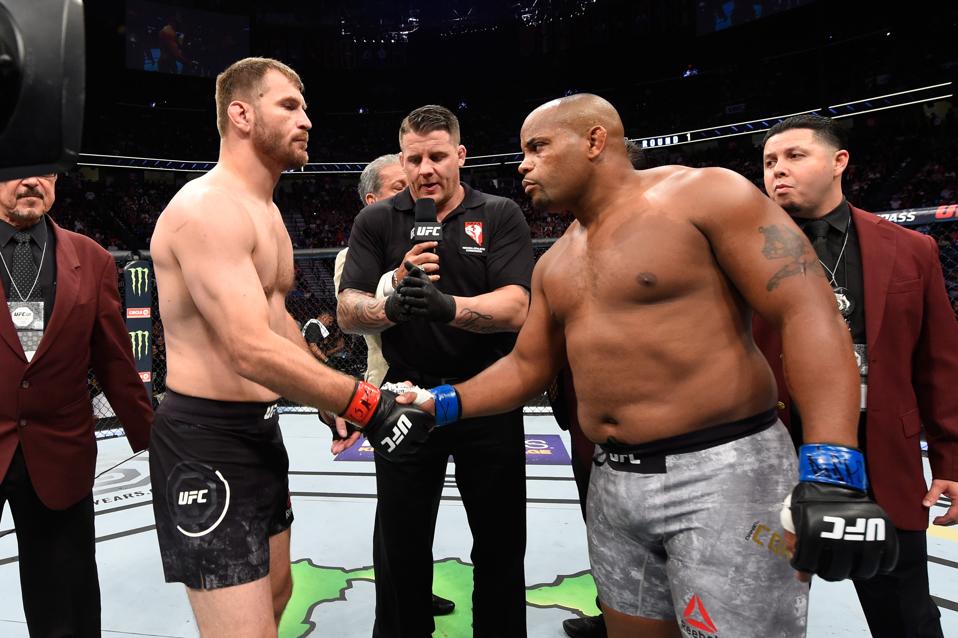 The third — and likely final — bout between Stipe Miocic and Daniel Cormier takes place on Saturday. The heavyweight matchup headlines the UFC 252 pay-per-view card from UFC Apex in Las Vegas.

Miocic had set a UFC record with three consecutive title defenses when the two met in July 2018 in the main event of UFC 226. At the time, Cormier was the UFC light heavyweight kingpin. Cormier became a dual champ when he knocked out Miocic at the 4:33 mark of the the first round of that contest.

The two met again in August 2019. Miocic evened the score in that contest with a fourth-round knockout win over Cormier.

Cormier has said the trilogy bout against Miocic will mark the end of his MMA career.

In the co-main event, Sean O’Malley, who broke into the UFC bantamweight rankings with a knockout win over Eddie Wineland in June, puts his unbeaten record on the line against the unranked Marlon Vera.