Breaking
Rival Independent ‘Oversight Board’ Formed By Facebook’s Rivals
Meet George The Poet: Spoken Word Artist Partnering...
Parrot Plumage Color May Be Linked To Body...
Best Applicant Tracking Software
Recent Precious Metals Dip A Buying Opportunity
Looking For Venture Capital? Here’s How One 50+...
Trump Will Create More Debt Than Obama
Growing Your Retirement Money Using 401(k) Dollar-Cost Averaging
Wellness Exec Abby Miller Levy Partners With Venture...
Microsoft Teams Issues Strike To Zoom With Tidal...
What’s Coming For The S&P 500 In October
4 Ways You Can Showcase Empathy With Your...
A $22,000 Microsoft Surface Will Soon Be For...
Zooming In – Should SMEs Invest In The...
iOS 14: The Surprising Security Risk Of Sharing...
How A Break From Lord Sugar Changed The...
Home Business Eboni K. Williams Talks Representation, Mentorship, And Her Role On ‘State Of The Culture’
Business

Eboni K. Williams Talks Representation, Mentorship, And Her Role On ‘State Of The Culture’ 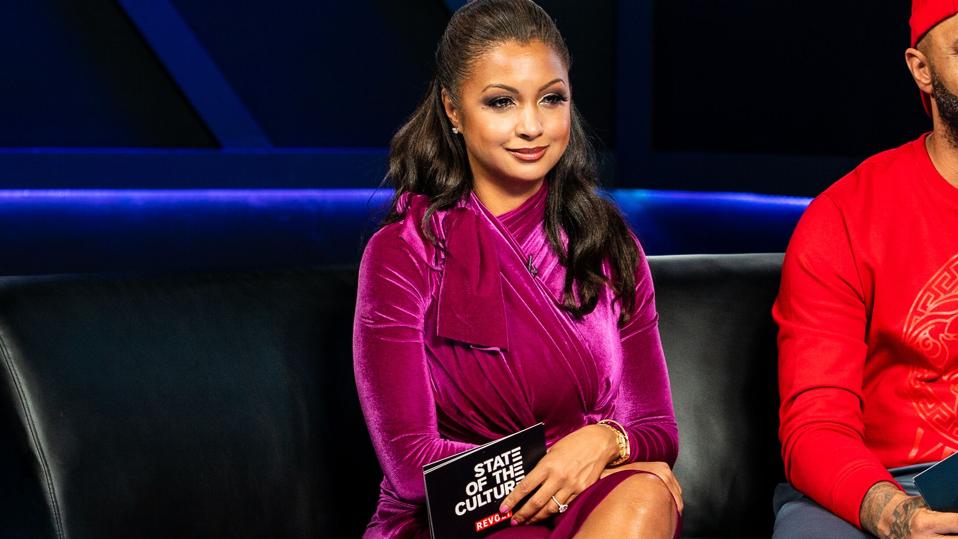 Eboni K. Williams on the set of REVOLT TV’S ‘State of the Culture’.

Eboni K. Williams is an American attorney who also doubles as a television host. You can catch her on shows such as The Breakfast Club, The O’Reilly Factor, and more recently, REVOLT TV’s State of the Culture.

State of the Culture first premiered on September 10th, 2018. The show is popularly known for providing its viewers with unfiltered and raw conversations about what’s happening in the Hip Hop community today, along with commentary on politics, sports, and other celebrity news. Along with Williams, the show is hosted by Joe Budden, Remy Ma, and Brandon “Jinx” Jenkins. Eboni served as a co-host for The Fox News Specialists for several years before leaving in late 2018. She then joined the cast of State of the Culture in 2019. “What I love about the show is that I was able to get comfortable very quickly, which you can see as we did more and more episodes.” she said in a Forbes exclusive.

From conversations about topics such as who’s allowed to use the N-Word to debates on the top MC’s in the game, State of the Culture is a show that doesn’t hold back at all — and neither does she. The Charlotte native is not only afraid to get down and gritty on the show, but she’s also willing to do the necessary behind the scenes work to make sure that other women like herself can do the same as her.

“We are not as far as Black women in the media because this generation has to start at a level where they’re not as high at,” she says, “some of us are scared the knowledge that we’ve gained. We are not doing the proper work to help the generation behind us. We shouldn’t have to start from the bottom every single time, we need a pipeline.”

Owning true to her words, Williams is a major advocate for mentorship and guiding the future of Black women in the entertainment industry. She explains her efforts to connect young Black women with aspirations of making a name for themselves to the proper resources they need to truly strive, “Whenever we’re doing tapings of State of the Culture I try to bring an upcoming Black women on set to shadow me and get an idea of the media industry. I am always willing to help and support solidarity within Black women because we need that kinship.”

You can catch more of Eboni Williams, along with her co-hosts on State of the Culture which airs every Tuesday on REVOLT TV. Full episodes of the show can also be found on YouTube here.

Here’s How To Contact Your Student Loan Servicer During Coronavirus