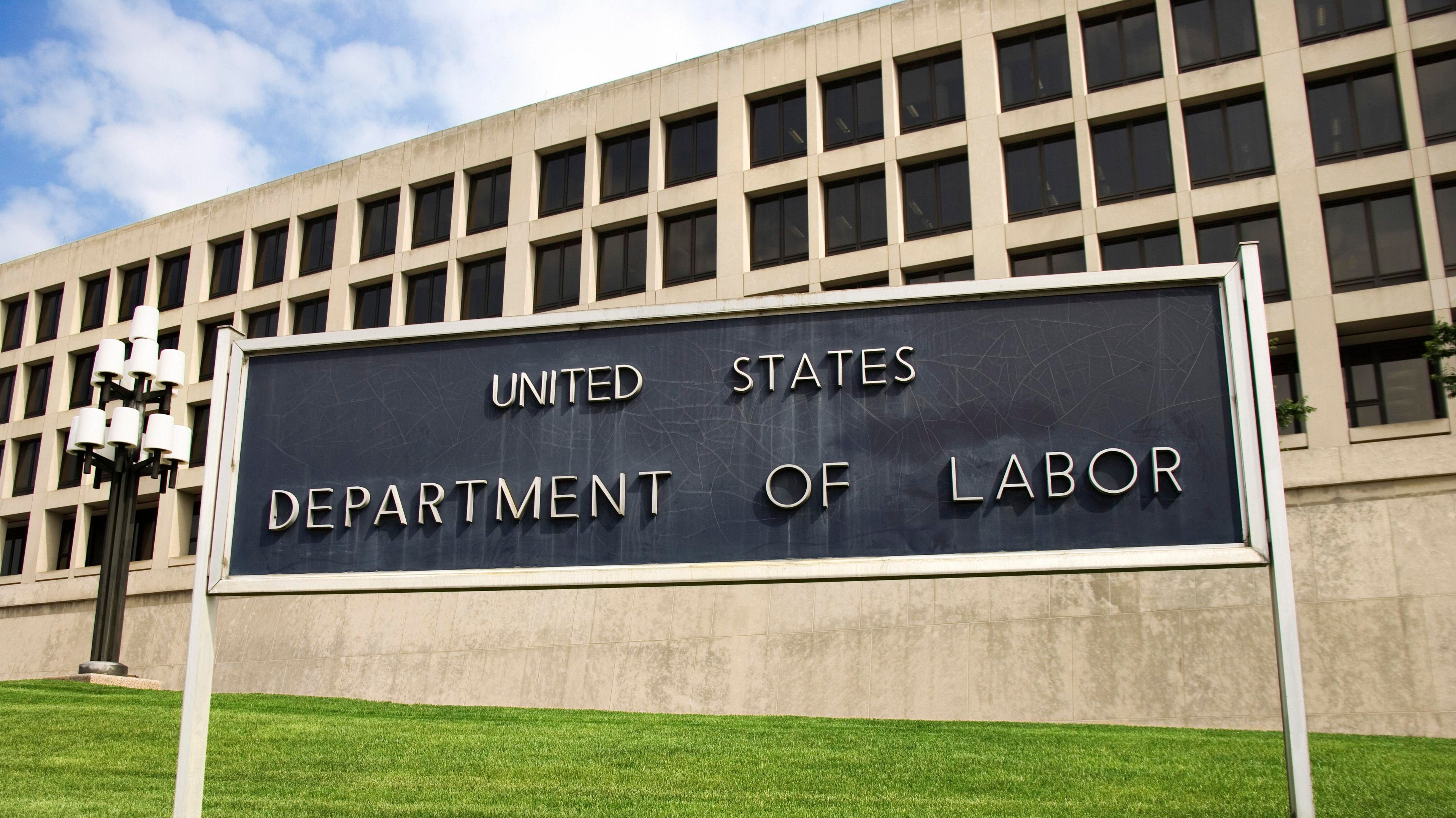 Overlooked in the flurry of legal activity over the Trump administration’s new H-1B visa rules is how economic research has exposed significant flaws in the regulations. One can see this in a new motion for a preliminary injunction filed against the Department of Labor’s H-1B wage rule. New research further undermines the administration’s allegation that immigration restrictions on the ability of foreign-born scientists and engineers to work in America would help the U.S. economy.

On October 19, 2020, Harvard and Wharton economists released findings about the negative impact of the Trump administration’s June 22, 2020, proclamation that suspended the entry of foreign nationals on H-1B and other temporary visas. “We study the immediate economic impact of this EO [executive order] on the largest U.S. firms by estimating the cumulative average abnormal stock returns for Fortune 500 firms in response to the policy announcement,” concluded Dany Bahar (Brookings Institution and Harvard), Prithwiraj Choudhury (Harvard Business School) and Britta Glennon (Wharton School UPenn) in a new report. “We find that the June 22 shock eroded the market valuation of the 471 companies in our sample by an estimated $100 billion.”

This research produced similar findings to a 2019 study by a Federal Reserve Board economist and Columbia University researchers that found the Trump administration’s trade policies significantly reduced company stock values. (On October 1, 2020, a federal judge issued a preliminary injunction against the June 22nd proclamation.)

The $100 billion loss estimate is relevant, as the report contradicts the argument made in the Department of Labor’s new rule that compelling employers to pay inflated salaries for H-1B visa holders and employment-based immigrants will help the U.S. economy. The latest filing by the law firm Wasden Banias in ITServe Alliance v. Eugene Scalia, Secretary of Labor refutes the Trump administration’s premise that foreign nationals are underpaid and represent an economic threat to U.S. workers and the American economy.

First, economists who examined the studies and data cited by the Department of Labor to justify its H-1B wage rule have concluded DOL produced a shoddy regulation that ignored basic economics and a significant amount of relevant research. “Professor Madeline Zavodny, an expert in labor and immigration economics, reviewed the studies that DOL cited in support of its assumption regarding the wages paid to H-1B workers,” according to the plaintiffs’ motion for a preliminary injunction. “As a published expert in the field of labor economics, Professor Zavodny determined based on her knowledge and review of the studies DOL cited that none of them include an analysis of the wages of H-1B workers in direct comparison with other workers having the same level of education, experience or responsibility.”

“DOL further claims that four other studies show H-1B workers make 25% to 33% lower wages than U.S. workers, but upon review of those studies, Professor Zavodny concludes that none of the studies provide support for DOL’s position,” write the plaintiffs. “One of the studies provides no data source for its analysis; another study does not provide a comparison to domestic born workers; and a third study does not appear to have any analysis of wages of H-1B workers. The fourth cited study from a newspaper blog post is not locatable. Similarly, the Associated Press article that DOL cites is based on an unclear and problematic methodology.” (Emphasis added.)

Zavodny found the studies cited by the Department of Labor do not even say what DOL alleges, never mind prove the agency’s case. “Thus, upon close inspection by an expert in the field, the sources DOL cites for its assumption that H-1B workers are underpaid finds no clear empirical support in the agency’s cited sources,” the motion concluded. Zavodny is a professor of economics at the University of North Florida (UNF) in Jacksonville with a Ph.D. in economics from the Massachusetts Institute of Technology. She worked as an economist at the Federal Reserve Bank of Atlanta and Federal Reserve Bank of Dallas. She is also a research fellow at the National Foundation for American Policy.

Second, economists also found problems with the Department of Labor’s claim that requiring large increases in salaries for high-skilled foreign nationals, such that many will be priced out of the U.S. labor market, would help the U.S. tech sector or the American economy. Francesc Ortega, an economics professor at Queens College, also consulted with the plaintiffs and explained that the higher mandated wages would slow down growth at the types of companies the Department of Labor alleges would increase hiring after the rule went into effect.

“In a recent study, Mayda et al. (2020) show that, curtailing access to H-1B visas when the availability domestic specialized workers is low (as is currently the case for workers in computer-related occupations) adversely affects firm-level outcomes, such as growth (in sales and employment) and profit margins. Hence, the expansion of the computer and information technology industries may be hamstrung by the new prevailing wage calculation rules,” according to Ortega. The Department of Labor did not consider this study in its regulation.

“The new rules will be an impediment to the hiring of specialized foreign workers in the computer and information technology industry,” concludes Ortega. “This will probably have adverse effects that will spill over to the rest of the economy. Due to social distancing requirements, the survival of many businesses depends on their ability to adapt rapidly to the new environment by creating an effective online presence and setting up safe and efficient online collaboration systems for their employees. . . . The new rules may have negative long-lasting effects in terms of reduced rates of innovation and economic growth.”

To argue the Department of Labor did not have “good cause” to bypass the rulemaking process established in the Administrative Procedure Act, plaintiffs cited research from the National Foundation for American Policy (NFAP) that showed the U.S. unemployment rate in computer occupations stood at 3.5% in September 2020, not changed significantly from the 3% unemployment rate in January 2020.

“DOL’s claimed urgency for radically restructuring the prevailing wage system is belied by the agency’s twenty-year delay in addressing the supposed problem,” argue the plaintiffs. This statement references NFAP research that observed the highest unemployment rate for computer and mathematical occupations in 2020 was 4.6% (in August). “The 4.6% unemployment rate in those occupations has been exceeded in 51 individual months since 2020 and the Department of Labor never previously cited it as a reason to issue a regulation to change H-1B prevailing wage rates, including immediately as an interim final rule,” according to the NFAP report.

The Department of Labor ignored other important economic facts in its rule, such as that employers cannot simply pass along increased salary costs to customers. The plaintiffs note, “Other members [of the ITServe Alliance} are unable to pass the increased costs onto their customers because of already agreed upon rates under signed contracts.” The plaintiffs write, “As a result of the IFR [interim final rule], member companies will either go out of business, be forced to lay off workers, or conclude their operations in the United States by shifting their operations overseas.” Company plaintiffs have said they are “unable to locate sufficient qualified domestic workers to meet their labor demands in computer-related occupations.”

The Department of Labor rule ignores the existence of the global economy and research that shows in response to immigration restrictions companies are likely to transfer jobs out of the United States. “[A]ny policies that are motivated by concerns about the loss of native jobs should consider that policies aimed at reducing immigration have the unintended consequence of encouraging firms to offshore jobs abroad,” according to firm-level data in research by Britta Glennon, an assistant professor at the Wharton School of Business.

The Department of Labor did not address Glennon’s research. Madeline Zavodny points out that several significant studies on the benefits of H-1B visa holders that contradict the DOL’s findings also were not addressed or even mentioned in the DOL rule.

As a matter of law, it matters that the Department of Labor’s H-1B regulation misstates facts, ignores significant economic research and misrepresents the studies it does present. “It is black-letter administrative law that an agency’s unsupported assertions cannot survive judicial review,” write the plaintiffs. “An agency’s basic mistake of fact also renders its decision arbitrary and capricious. Nor is an agency permitted to ignore studies that undermine the factual basis of its rule. DOL’s new prevailing wage rule fails on all counts under these established standards.”

How Breast Cancer Turned This Entrepreneur Into A Better Business Woman

This Is Why You Need A Strategy In Times Of Crisis