Economists Must Recognize Racist Assumptions In Their Models: AFL-CIO’s Spriggs 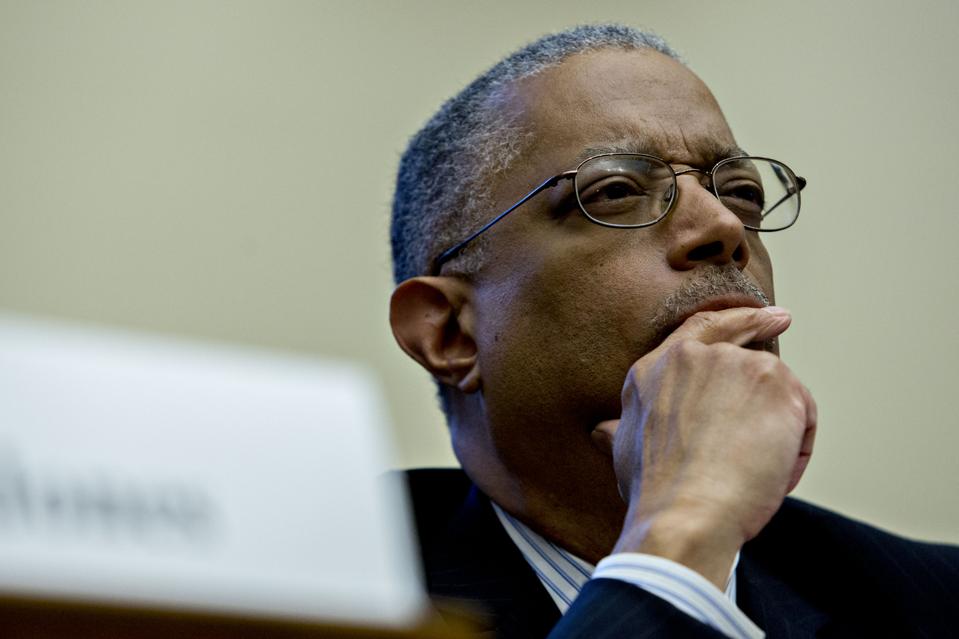 William Spriggs, chief economist of the AFL-CIO and professor of economics at Howard University, … [+] listens during a House Financial Services Monetary Policy and Trade Subcommittee hearing in Washington, D.C., U.S., on Wednesday, Sept. 7, 2016. The hearing examined the governance of Federal Reserve banks and how it relates to the conduct of monetary policy and economic performance. Photographer: Andrew Harrer/Bloomberg

The economics profession has a notoriously poor record of training and hiring economists who are not white males. Black economists are so rare that they can often be counted on one hand—if at all—at most of the profession’s large gatherings.

Over time, this has reinforced deeply racist assumptions in economic models that lead to terrible policy decisions like the violent over-policing of Black neighborhoods in the United States, writes AFL-CIO chief economist William Spriggs in an open letter to his profession.

Spriggs says that while he has been “warmed by the opening of the hearts of some economists who have displayed a new, and renewed, sense of angst about the racial issues our nation confronts because recent events have moved them,” this is far too little far too late.

“Watching the gut-wrenching brutal murder of George Floyd has gotten them to think about the bigger issue of what is really wrong, because their training as economists has let them silently accept lots of ‘givens’ they now understand should not be presumed, “ Spriggs said.

Importantly, however, Spriggs says much of the profession lacks the self-awareness to see their own role “perpetuating the very things they wish to recoil from.”

It turns out that, like most things in this country, economists has deeply racist roots. Spriggs says the founding of leadership of the American Economic Association “deeply and fervently provided ‘scientific’ succor to the American eugenics movement. “

Because racism is hard to model, economists basically pretend it cannot actually exist. Indeed, white economists have gone so far as to argue that racism is impossible in market economies because it might hurt would be racist employers who are deprived of talented workers who are not white.

If this sounds like a bad joke, it should be. Unfortunately, that tone of racist condescension permeates too many of the assumptions that underpin the modern canon of economic thought.

“The model begins with a fallacy that assumes racial differences as a natural order. It biases the model, because there is a built-in excuse for disparities that cannot be solved. And, invariably, in the overwhelming case of economic analysis, assumes that there is something ‘deficient’ about Black people,” Spriggs says.

“Hopefully, more economists will accept the ugly reality that passively accepting that view leads to the ugly incidents of police misconduct we all observed. It is a form of ‘othering’ that reduces the pain inflicted on someone because of decisions that are made.”

Coronavirus Will Be Even Worse For Low-Income People...

Covid-19: Life After The Pandemic

What Is Climate Change, Explained By Italian Illustrators...