Ed Sheeran Returns To The U.K. Top 10 As Haim And Jessie Ware Debut New Albums On The Chart 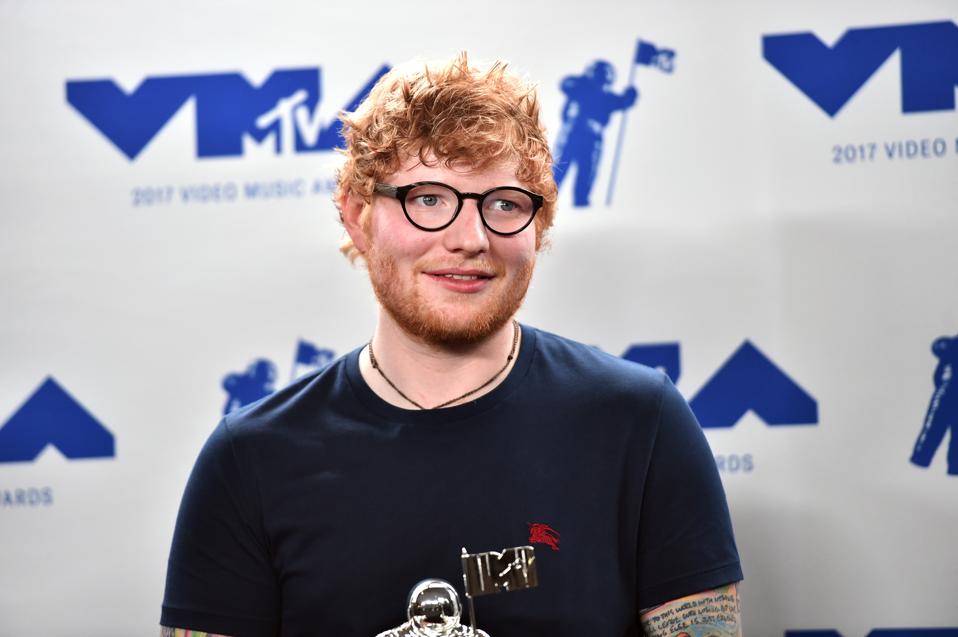 INGLEWOOD, CA – AUGUST 27: Ed Sheeran, winner of Artist of the Year, poses in the press room during … [+] the 2017 MTV Video Music Awards at The Forum on August 27, 2017 in Inglewood, California. (Photo by Alberto E. Rodriguez/Getty Images)

Pop-rock band Haim is back at No. 1 on the U.K. albums chart for the second time in their career with their new full-length Women in Music Pt. III, which debuts in first place. The title is their second No. 1 and third top 10, with only one of their projects failing to reach the summit (and it only missed by one rung).

Behind Haim, two other newly-released albums find their way into the top 10, as does one title that’s about to hit a special milestone and which the British public apparently can’t get enough of.

After debuting in first place last week, Bob Dylan’s Rough and Rowdy Ways takes just one step back, landing at No. 2.

New at No. 3 is Jessie Ware’s What’s Your Pleasure?, her fourth full-length and her fourth title to reach the top 10 on the U.K. chart. While the set has failed to spin off even one track popular enough to reach the singles tally, the title is now the highest-charting of her career, outpacing the No. 5 peak of her debut Devotion.

The next two titles remain exactly where they were last frame, with Lewis Capaldi’s Divinely Uninspired to a Hellish Extent and Harry Styles’ Fine Line holding at Nos. 4 and 5, respectively. Lady Gaga’s Chromatica dips from No. 3 to No. 6 this week.

The third and final new entrant inside this week’s top 10 across the pond comes from American trio Khruangbin, who appear inside the uppermost region for the first time. The group, who blend many styles of rock, start their new set Mordechai at No. 7.

Down to No. 8 is Dua Lipa’s Future Nostalgia, which lands just ahead of a stationary Diamonds by Elton John, currently present at No. 9.

Back inside the top 10 once again is Ed Sheeran’s No.6 Collaborations Project, which lifts from No. 12 to No. 10. The set, which will celebrate a full year on the list next frame, has only missed finding space between Nos. 1 and 10 for three turns, a very impressive showing for any album.

Five Principals of Positivity in Business

How To Boost Remote Employee Engagement On A...