Politicians from both parties have come forward to condemn the hanging of an effigy of Kentucky Governor Andy Beshear by anti-lockdown protestors. 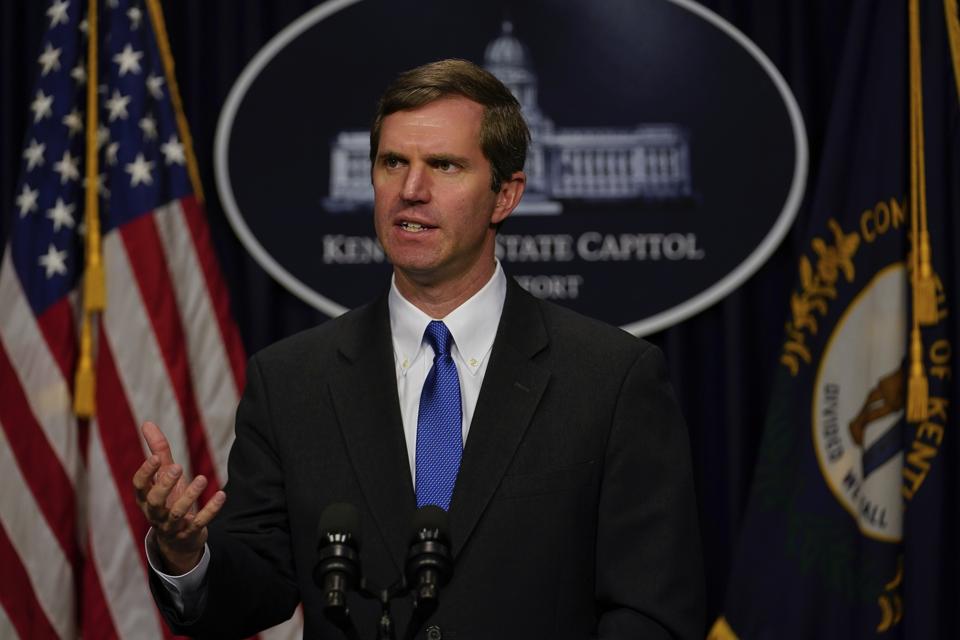 A group of armed protestors outside the Kentucky governor’s mansion on Sunday hung an effigy of Beshear, a Democrat elected in 2019, to protest the state’s stay-at-home order.

The protestors chanted “sic semper tyrannis,” a latin phrase meaning “thus always to tyrants,” which is most commonly associated with the assassinations of Julius Caesar and Abraham Lincoln.

A spokesperson for Beshear called the act “wrong and offensive,” and said it “must be condemned.”

Charles Booker, a black Democratic candidate for US Senate, compared the effigy hanging to a Jim Crow-era lynching and said it is “rooted in our history of racism.”

Republicans condemned the act as well, with US Senate Majority Leader Mitch Mcconnell (R-Ky.) and the Republican Party of Kentucky, as well as several other state Republican leaders, condemning the hanging as “unacceptable.”

“This is sickening, and I condemn it. We have to learn to disagree without threats of violence,” Attorney General Daniel Cameron said.

This is not the first time an anti-lockdown protest has featured violent displays or even actual violence. Protestors in Michigan last week hung a doll by a noose, which one protestor said was “one size fits all” for anyone not opposing Democratic Governor Gretchen Whitmer and her “tyranny.” That act was similarly denounced by the chair of the Michigan Republican party. Armed protestors at an earlier protest in Michigan stormed the statehouse, while a violent scuffle broke out between demonstrators in California.

Despite being a Democrat in a deep red state, Beshear enjoys the second highest approval rating of any governor in the country. A poll from Harvard, Northeastern and Rutgers Universities had Beshear’s approval at 81%, just behind 83% for Ohio Governor Mike DeWine and just ahead of 80% for Massachusetts Governor Charlie Baker.

“A representative government does not include using free speech as a catalyst for terroristic threatening. This is abhorrent, wrong and solves nothing. This behavior is a heinous abuse of our second amendment and makes a mockery of our right to free assembly,” said Republican Kentucky State Representative Kimberly Moser.

8,571. Kentucky has had 8,571 positive cases of coronavirus and 391 deaths, according to the Kentucky Department of Public Health.