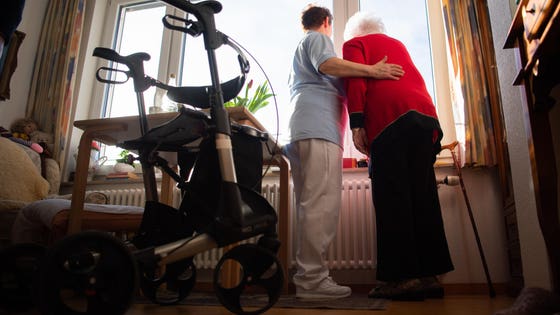 Eldercare is the bottom of seven reasons full-time workers can take paid leave, according to a report by Bureau of Labor Statistics Economist Stephanie Denton released last week.

At 64 percent, eldercare was far below the most common reason workers who had paid time off available could use it—vacations at 95 percent in 2018.

Nearly 76 percent of workers were also allowed unpaid leave to care for the elderly.

During the average week, 21 percent of full-time employees took paid or unpaid time off. About two-thirds of the absences were paid.

Vacation was the most common reason at 6 percent with personal illness or medical care close behind at 5 percent.

In the most recent year, 93 percent of workers had either paid or unpaid leave available.

The 66 percent and 93 percent figures are about the same for both men and women.

The biggest gain for paid leave occurred among the youngest workers. The share of the employed 15 to 24 years old rose from 26 percent to 35 percent.

Paid leave is more commonplace in the public sector (79 percent) than in the private sector (63 percent).

Perhaps not surprising, people with the top 25 percent of pay had paid leave available more often than those in the bottom quartile (86 percent compared to 25 percent).

A big gender difference shows up among workers who experience times during the average month when they needed to take leave from their jobs but did not with women at 10 percent and men at 7 percent.

“Of those women who needed to take leave but did not, the most common reason for needing leave was for their own illness or medical care (42 percent). By comparison, men most often needed leave for errands or personal reasons (40 percent),” said the study.

“Too much work” led the reason people didn’t take paid or unpaid time off from their jobs when they said they needed to (23 percent) followed by the fear of negative employment consequences for taking the break or because their leave request was denied (21 percent).

‘The Two Popes’ Plays Like A Puff Piece For The Vatican

What Area Of Tech Will Produce The Next Billionaire?

This Young Millennial Switched Careers To Maximize Her...

Demand For The Paycheck Protection Program Is Drying...