Breaking
How, When And Where You Can See A...
New $2.2 Trillion Stimulus Bill Proposed—$1,200 Stimulus Checks,...
Why Do We Do What We Do? Manipulating...
California Brand Goes All-American As Amazon Bans Foreign...
The 3 Best Analytics Companies of 2020
Senator Cory Booker: Supporting Small, Minority-Owned Businesses Will...
Trump’s Taxes Are Finally Leaked—What’s Next?
Washington Heats Up Ahead Of First Presidential Debate:...
Systemic Racism Leads To Disparities In Nursing Home...
The New Regular: Prepare For Conflicts Of Customer...
Web VR.0 – Have VR Websites (Finally) Arrived?...
This Next Evolution Of E-Commerce Did $18 Billion...
This Next Evolution Of Ecommerce Did $18 Billion...
IRS Taxes Most Lawsuit Settlements And Exact Wording...
13 Questions To Answer Before You Die
Just Launched: Long-Term Stock Exchange For Companies Building...
Home Finance Election 2020: How Pete Buttigieg’s Plan Could Help Family Caregivers
Finance

By Liz Seegert, Next Avenue Contributor 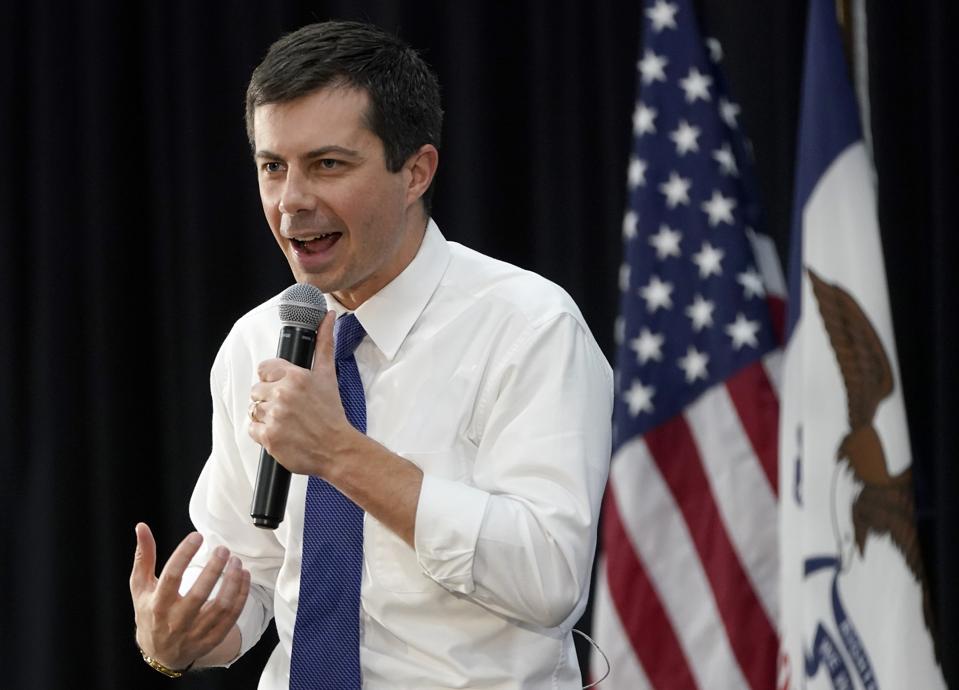 Pete Buttigieg has a plan to help those in need of long-term care. A really ambitious plan.

The South Bend, Ind., mayor and 2020 Democratic presidential hopeful recently released his Dignity and Security in Retirement proposal, part of his campaign’s efforts to address the very real and serious challenges of an aging population.

The plan is wide-ranging, comprehensive and hits on many issues voiced by families, long-term care experts and other stakeholders to address the myriad pressures of caring for aging loved ones.

Buttigieg brings personal experience to the proposal. When his dad was ill, a social worker suggested his mother spend down her assets to qualify for Medicaid long-term care. He says he realized there had to be a better way than impoverishing people so their loved ones can get the care they need.

“Once somebody has a personal experience with this, it changes them forever,” says Kathleen Kelly, executive director of the Family Caregiver Alliance, a national, nonprofit, caregiver-support organization based in San Francisco. “Because you don’t really think about it until you need it, then you realize how completely insane it is. You try to figure out who pays for what and realize that nobody pays for anything.”

A Spotlight on Long-Term Care

Buttigieg’s plan points out that in 2020, half of American adults who reach age 65 will require long-term care at some point. By 2026, we will require 7.8 million new direct care jobs to assist them. He says his goal is to empower older adults to age with dignity and equip families with a greater sense of security.

“I’m really thrilled that Mayor Pete and several other candidates are finally paying attention to long-term care. This is one of the first times that long-term care has been on the agenda for presidential elections,” says David Grabowski, professor of health care policy at Harvard Medical School. “This has been a forgotten issue for lots of reasons. And it’s costly. It’s not the first issue that some voters are thinking about, but it’s incredibly important.”

On this eve of the next Democratic debate (scheduled for Thursday, Dec. 19, 2019), it may be helpful to take a look at some key components of Buttigieg’s plan — those which could most directly affect family caregivers. Aging experts like Grabowski say these proposals lay out a broad vision, but they want to see more details, including how to pay for them.

Buttigieg would create a long-term care program for people 65 and older who need help with two or more activities of daily living, such as bathing and eating. These adults would receive cash benefits worth $90 per day for as long as they need care; payments would kick in after an income-related waiting period.

The benefits would need to be used for high-quality long-term services and supports, such as hiring a home care worker for several hours daily, or to offset the costs of assisted living or nursing home care.

“It most certainly would make the lives of family caregivers easier,” Grabowski says, adding “that would relieve some of the burden of caring.”

However, he stresses, this type of assistance would, by no means, reduce a family caregiver’s role to zero. “It’s not a substitute, but it’s very much a compliment,” he says.

Hawaii is one of the few states to offer a similar benefit, although other states, notably Washington, are also looking at ways to help cover some costs of long-term care.

Buttigieg would also strengthen the proposed Family And Medical Insurance Leave Act (FAMILY), to ensure that workers have 12 weeks of comprehensive paid leave to take care of aging loved ones.

He would also offer a public insurance option to cover most catastrophic health costs, with the goal of making standardized, private, long-term care insurance more affordable for day-to-day needs. It would be an employer-provided, opt-out benefit.

Buttigieg would also raise the minimum wage, so direct-care workers, like aides and care assistants, would earn at least $15 per hour.

One service that’s not mentioned in the Buttigieg plan is adult day care, Kelly says. In San Francisco, adult day care costs about $20,000 annually, compared with $75,000 yearly for home care. “For some people, this could be a viable and less expensive alternative, while also improving issues of loneliness and social isolation,” Kelly says.

Family caregivers who have had to cut back their working hours or drop out of the workforce to care for a loved one would earn Social Security credits under Buttigieg’s plan. They’d receive credit toward Social Security benefits as if they earned the average pay of a full-time, year-round worker outside the home, with no limits on the number of years for which caregivers can claim the credit.

“That’s been a long-term issue for people,” Kelly says. It’s not unusual for a family to have a caregiver, most often a woman, who drops out of the workforce, does not accrue enough Social Security credit and then needs to go back to work at a more advanced age, where it might be more difficult to find a job or have to accept a lower wage.

These caregivers eventually end up retiring with fewer assets. It’s a long-term consequence of not shifting U.S. policies to compensate or recognize contributions of family members, Kelly says.

Another piece of Buttigieg’s plan is to expand access to long-term services and supports at home and in communities. Support programs like Community Aging in Place – Advancing Better Living for Elders (CAPABLE), which helps older adults reduce their risk of falling, would expand under his plan.

That’s something Donna Myrow, 74, wishes had been available when she was caring for her mother in Los Angeles in the early 2000s.

“She was in a nice one-bedroom apartment but needed more help, so we moved her to assisted living,” Myrow says. “Then the owner called and said she was a fall risk and had to be moved that day.”

A home support program would have kept Myrow’s mom in her own apartment longer. She backs the idea of funding more community efforts to help older people remain in their homes.

Buttigieg would also increase the Medicaid threshold, allowing more older adults to qualify for benefits and certain home and community programs. Currently, 80% of older adults don’t qualify for Medicaid, according to Kelly.

But raising the income threshold for the Medicaid services could also create a ripple effect. It would require more direct-care workers, at a time when there aren’t nearly enough to meet the current need.

“The middle-income piece is really kind of the nut of it, Kelly says. “We know that it’s this whole issue of care which is primarily done by unpaid family members. It is really a game of whack-a-mole.”

Although Grabowski supports many of Buttigieg’s proposals, “I couldn’t ever imagine there will be a piece of legislation that could include all these different components; there’s just so much going on,” he says.

We also don’t yet know how much this proposal would cost or how it would be financed, since it hasn’t been analyzed by the Congressional Budget Office. On the other hand, Buttigieg’s plan gets caregiving on people’s radar.

“Policymakers need to rethink individuals needing services, Grabowski says. “Traditionally, it’s been a family issue, not a policy issue, but we’re seeing a shift with increasing numbers of aging boomers.”

Are You an Average Investor?