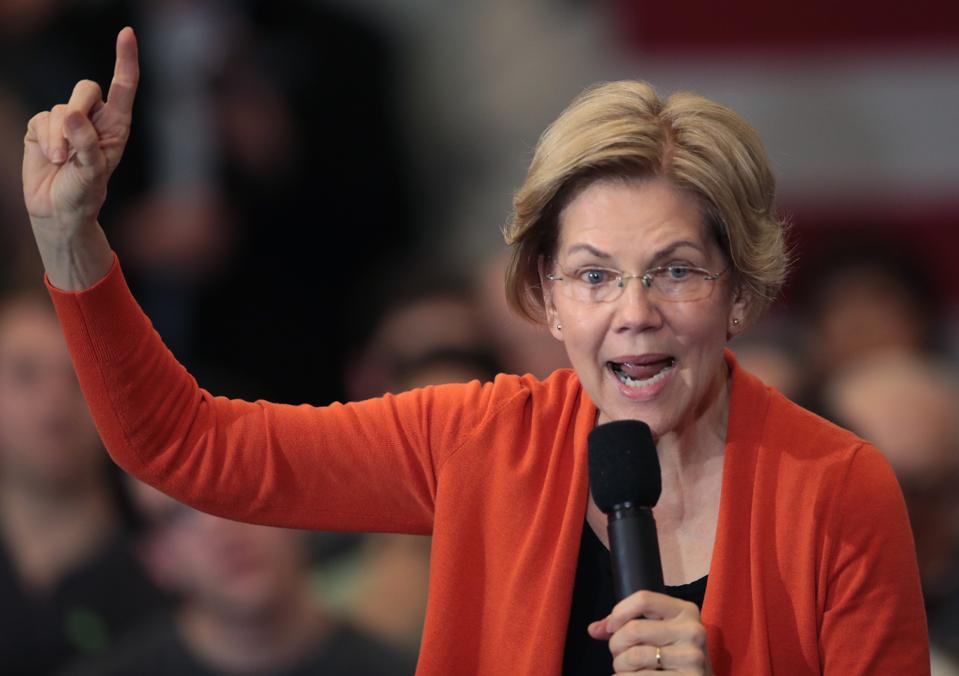 Elizabeth Warren wants to cancel your student loan debt on her first day as president – without Congress.

Now, she says she would institute student loan forgiveness without Congress.

“I will start to use existing laws on day one of my presidency to implement my student loan debt cancellation plan that offers relief to 42 million Americans — in addition to using all available tools to address racial disparities in higher education, crack down on for-profit institutions, and eliminate predatory lending,” Warren said.

Warren said that the U.S. Department of Education has the authority to cancel student loan debt and she would instruct the Secretary of Education to begin student loan forgiveness on day one of a Warren administration, if Warren is elected president in November 2020.

How The Warren Proposal Would Be Funded

How would Warren pay for this student loan forgiveness plan and universal free college plan?

Warren’s campaign proposal included an Ultra-Millionaire Tax that would include a 2% annual tax on the 75,000 families in the U.S. who have at least $50 million in net worth.

Four Tech Startups Set To Blaze A Trail In 2020

Why It’s Too Soon To Let Renewable Energy Subsidies Expire