Breaking
Entrepreneurs Are Bringing Transparency To Home Buying And...
Best Incentive To Get Vaccinated: Money, Messaging, Or...
Page Level Query Analysis at Scale with Google...
How A CIO Can Align IT With Business...
Blogger of the Month: Jo, Girl Eats World
6 Things Women In Business Know That Men...
How to Use First-Party Data for Ad Personalization
Pressing Reset—Putting A Fallen Unicorn Back On Its...
How We Went Viral: Promoting Content with Influencers,...
Blame Olympic Record Price Tag For Return To...
Apple iOS 14.5 Release: Should You Upgrade?
How to Come up with Podcast Topics and...
Why Gaming Gear Company Razer Launched A $50...
Technical SEO Implementations to Increase the Impact of...
30 Brilliant Ways to Market Your Eco-Friendly Shopify...
15 Tech Industry Leaders Share Overused (And Misused)...
Home Finance Elon Musk Just Sent The ‘Best’ Cryptocurrency And ‘Prank’ Bitcoin Rival Sharply Higher—Here’s Why
Finance

Elon Musk, who’s still running his victory lap after his electric car company Tesla proved its detractors wrong, has once again gone out to bat for his “fav” bitcoin alternative—sending its price sharply higher.

Musk, the chief executive of both Tesla and aerospace manufacturer SpaceX, yesterday tweeted his support of minor bitcoin rival dogecoin, saying “dogs rock” and “they have the best coin.” 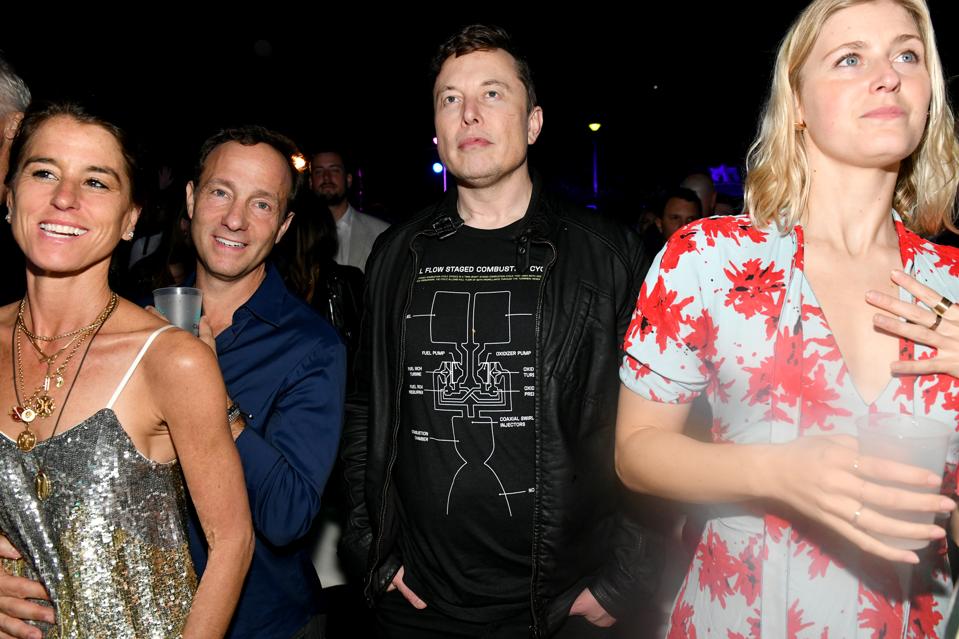 Elon Musk has previously voiced his support of bitcoin and other cryptocurrencies but has a special … [+] place in his heart for the “joke” bitcoin rival dogecoin.

Musk’s tongue-in-cheek comments, which sent the dogecoin price up by around 5% yesterday, come after a thumping 12-months for dogecoin, one of the oldest alternatives to bitcoin.

The dogecoin price is up around 30% on this time last year, with the price of dogecoin being significantly boosted by Binance, the world’s biggest bitcoin and cryptocurrency exchange, last July, when it added dogecoin to its list of supported digital tokens.

It’s not the first time Musk and voiced his support for dogecoin—though he has heaped praise on bitcoin and other cryptocurrencies as well.

In April last year, Musk surprised bitcoin and cryptocurrency watchers by saying that the meme-based dogecoin is his “fav” cryptocurrency in response to a Twitter poll that found him to be the favorite to take on the mantle of dogecoin CEO, with 49% of the vote.

However, Musk has recently rowed back his previous bitcoin praise, telling the Tesla-focused podcast Third Row in January he is “neither here nor there on bitcoin,” raising concerns about its use for illegal transactions. 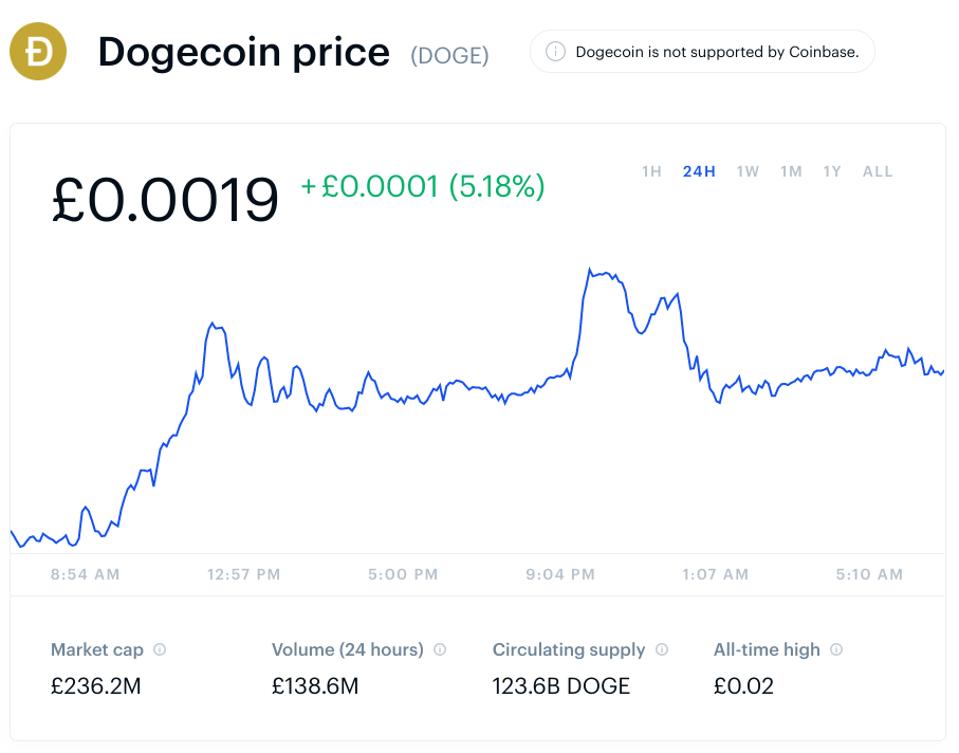 The price of dogecoin jumped yesterday after Elon Musk shared his ongoing support for the minor … [+] bitcoin rival.

Dogecoin has found other high-profile supporters as well as Musk. Last year, John McAfee, the millionaire creator of McAfee security software-turned U.S. presidential hopeful and globe-trotting adventurer, praised dogecoin as “one of the fastest growing coins based on use.”

“Doge started life as joke/prank coin,” McAfee said via Twitter. “The coin now has a market cap of $360 million. The crypto market is, in no way, related to the stock market. Inherent value is, ultimately, based on usage. Go figure.”

Dogecoin, surprisingly one of the oldest bitcoin rivals, was created in 2013 by a then 26-year-old Australian Jackson Palmer and American programmer Billy Markus after joking about it on Twitter.

No Galaxy Will Ever Truly Disappear, Even In A Universe With Dark Energy