Breaking
Best Incentive To Get Vaccinated: Money, Messaging, Or...
Page Level Query Analysis at Scale with Google...
How A CIO Can Align IT With Business...
Blogger of the Month: Jo, Girl Eats World
6 Things Women In Business Know That Men...
How to Use First-Party Data for Ad Personalization
Pressing Reset—Putting A Fallen Unicorn Back On Its...
How We Went Viral: Promoting Content with Influencers,...
Blame Olympic Record Price Tag For Return To...
Apple iOS 14.5 Release: Should You Upgrade?
Why Gaming Gear Company Razer Launched A $50...
Technical SEO Implementations to Increase the Impact of...
30 Brilliant Ways to Market Your Eco-Friendly Shopify...
15 Tech Industry Leaders Share Overused (And Misused)...
How to Use Amazon Posts to Promote Your...
U.S. House Passes Bill To Create First Crypto...
Home Business Elon Musk’s Ex-Chief Engineer Creates A New Car—And Says It Beats Tesla
Business 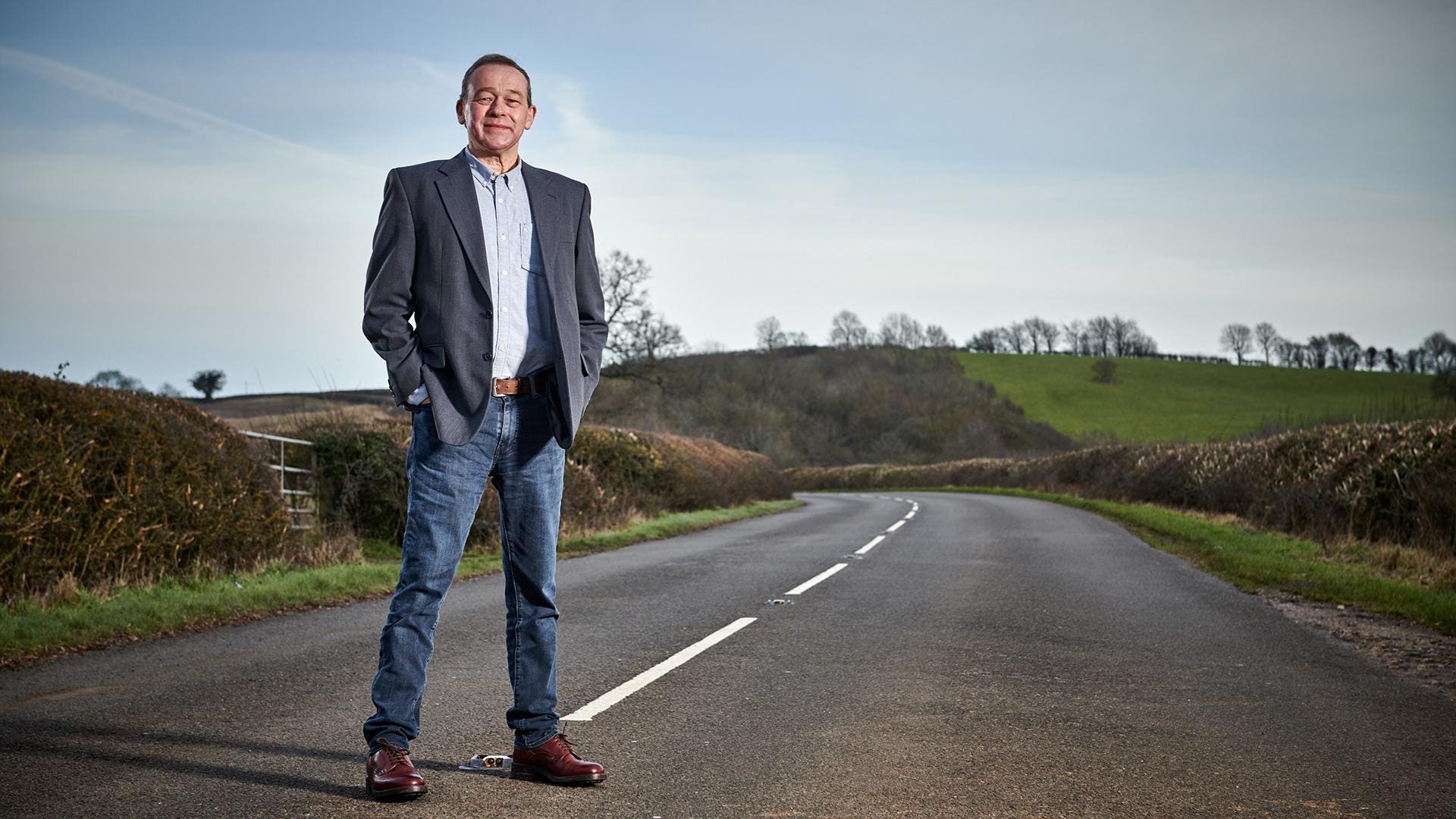 The $169,000 Lucid Air is coming this spring and Peter Rawlinson claims it’ll be the fastest, longest-range electric vehicle on the planet. He should know. A decade ago, he engineered Tesla’s Model S.

Peter Rawlinson has many goals for the Lucid Air. One is that it be hailed as the world’s best electric car. “Nobody believes me but we’re about to take it to another level,” he says in a pre-Christmas Zoom chat from the 300-year-old Warwickshire, England, farmhouse, he calls home when not at Lucid Motors’ Silicon Valley headquarters.

It’s the same feeling he had a decade ago as chief engineer for Tesla’s Model S, the breakthrough all-electric car that took the auto world by storm in 2012. “No one believed me with Model S . . . the hostility to it was shocking. I’ve found the same with (Air). No one believes it.”

The “Dream” edition of the Air certainly seems set to wow. It tops the S with an industry-leading 517 miles per charge, faster recharging and the ability to go from 0 mph to 60 mph in just over 2 seconds. (Tesla is responding late this year with a “Plaid+” Model S that accelerates in just under 2 seconds and can go 520 miles per charge, Elon Musk said in January.) The first Air customers will take delivery this spring.

But Rawlinson’s ambitions go far beyond delighting wealthy drivers with a $169,000 luxury car.

His bigger goal is leveraging the Air’s 1,080-horsepower propulsion technology—which he claims is the world’s most efficient—to power cheaper electric vehicles. Within five years, Rawlinson wants to be selling hundreds of thousands of mid-$40,000 electric cars and helping big automakers sell $25,000 mass-market EVs–the very same objective his old boss, Elon Musk, is chasing. If that weren’t enough, Rawlinson wants to build his cars at the first auto plant in oil-rich Saudi Arabia, whose sovereign wealth fund owns two thirds of his company.

“There’s a really big misunderstanding about our business model,” says the Welsh engineer, 63. “This is not about making an expensive car for wealthy people. That’s not why I’m here. That’s not what drives me. … I want us to be making a million cars a year. The ambition of Lucid is to have a profound effect. We are not a minority play.”

The elegant Air, with its sculpted aluminum body and distinctive “Micro Lens Array” headlamps, arrives at an inflection point. It’s part of a new wave of electric vehicles benefiting from cheaper lithium-ion batteries, expanding global supply for EV parts and rising consumer interest—all of which Tesla fostered. And the Biden Administration has made electric vehicles a priority.

Already the new U.S. president has signed orders pushing the federal government to replace fossil-fuel vehicles with electrics, a government fleet totaling hundreds of thousands of cars and trucks. Biden has promised to build thousands of new public EV charging stations and federal tax incentives for EV purchases that were lapsing under Trump are expected to be revived. The big companies are jumping on board. General Motors has already committed to making only electric vehicles by 2035, and Ford and Volkswagen also have aggressive plans to move away from fossil fuels.

Morgan Stanley analyst Adam Jonas, a longtime Tesla bull, predicts electric vehicle sales could jump 50% globally in 2021. California, the main U.S. market for EVs and home to Lucid and Tesla, is ground-zero for the increase and may become America’s “Norway” for battery-powered cars. “At more than 50% EV penetration, Norway is 15 years ahead of the rest of the world,” Jonas said. “Watch for California to move in this direction rather quickly, influencing a significant number of other U.S. states that are in a position to take matters into their own hands in terms of de-carbonization of the fleet.”

For now, Lucid is starting at a measured pace. Rawlinson wants to make at least 6,000 Airs at a new plant in Casa Grande, Arizona, this year, potentially generating $900 million of revenue. Volume could top 25,000 units in 2022 as versions of Air priced at $77,000 arrive. Further growth is expected with the 2023 introduction of an electric crossover, tentatively named Gravity, followed by even cheaper and smaller models to compete with Tesla’s top-selling Model 3.

For now the private Newark, California-based company is paying for Air’s development and production with a $1.3 billion investment in 2018 from Saudi Arabia’s Public Investment Fund, which, according to Pitchbook, valued the company at $15 billion. That’s on top of the $150 million the company had previously raised. But making cars is expensive and Rawlinson knows he has to find even more money and is looking to list shares publicly, possibly via a SPAC. Though he’d previously considered SPAC a “dirty word,” that’s changed. “That was the financier’s view, that was Wall Street’s view of SPACs, not so long ago. I think I would say what a difference a year makes,” he says, without confirming a specific plan.

Educated at England’s prestigious Imperial College London, Rawlinson is a Jaguar veteran who also worked on advanced vehicles for Lotus and engineering consultancy Corus before joining Tesla in 2009. He’ll happily spend hours discussing minute details of how Air achieves industry-best electric powertrain efficiency of 4.7-kilowatt-hours of battery per mile, about double Porsche’s electric Taycan (which costs up to $185,000) and even better than Tesla’s Model S and the smaller, lighter Model 3. He likens the mile/kwh efficiency ratings determined by the Environmental Protection Agency to world-class runners’ stats.

“If you’re a sprinter what is your best time for the 100 meters? That’s your metric. Usain Bolt, it’s a 9.69,” Rawlinson says. “You can almost do [the same] for an electric car company, and that is your EPA efficiency.”

He got to Tesla in 2009 when it was emerging from garage startup status and was promoted to vice president and chief engineer for Model S in 2010. “I put my heart and soul into that.”

Musk is famously tough to work for, but Rawlinson has mainly positive memories of his Tesla days. “We got on like a house on fire for most of the time I was there–not at the very end.”

“We both obsessed about reaching for the stars with technology and engineering–and it just can’t be good enough,” he recalls. Rawlinson is following Musk’s playbook when it comes to cracking the auto market: Start with ultra-luxe and then drive aggressively down market.

A break began over Musk’s insistence the Model X crossover, meant to be a fast follow-on to the S, use the famously complex folding “falcon-wing” doors. Musk’s decision ultimately delayed X’s launch by about two years and brought huge amounts of additional engineering costs–exactly as Rawlinson anticipated.

He left Tesla in 2012 to care for his ailing mother in England, but a year later was ready to get back to work. He joined Silicon Valley startup Atieva as CTO in 2013 as it transitioned from a battery supplier to EV maker. It was rechristened Lucid Motors in late 2016, ahead of the debut of the Air prototype, but struggled to raise funds until the Saudi investment. Rawlinson, who became Lucid’s CEO in 2019, won’t say how much of the company he owns.

Of course, Lucid and Tesla aren’t the only beneficiaries of growing demand for electric cars. Amazon-backed Rivian starts delivering electric pickups and SUVs this year. Famed car designer Henrik Fisker is due to start selling the Ocean, his stylish $37,499 electric crossover in 2022. Apple is perennially rumored to be eying the space. Dozens more EVs are coming from General Motors, Volkswagen, Hyundai, Nissan and other major automakers, starting this year with Ford’s high-powered Mustang Mach-E.

Gartner analyst Mike Ramsey thinks Lucid’s plan to work its way down to more affordable cars from ultra-premium ones is the right approach. “What’s been proven is in this technology the way that you get in is that you aim at the high market, then build a loyal customer base, use the cache, the brand awareness, and then spread and go further.”

Musk and Rawlison share a passion for EV tech, but they couldn’t be more different in how they run their companies. Tesla has become the world’s most valuable automaker, briefly turning Musk into the world’s wealthiest person based on his large stake in it, despite selling fewer than 500,000 vehicles in 2020. Musk has become the leading global tech icon, with more than 42 million people on Twitter. And for good or ill, he rules as Tesla’s absolute leader and brand symbol.

Lucid’s CEO, who doesn’t have a Twitter account, has a different approach. “I’m not an autocrat. Lucid is a team effort,” he says. “That is a big difference. The other thing is that I don’t expect someone who buys a Lucid to know my name. I don’t expect them to know who Peter Rawlinson is.”