Breaking
In Need Of A Competitive Edge? Look To...
Think Small: Timely Picks To Capture The Reawakening...
Patient Gets Covid-19 Swab Lodged In Her Lung...
Nine Signs You’re Not Being Effective During Your...
Chromebooks Can Now Run Windows 10 – Find...
Will Biden’s Tax/Benefit Plans Help/Hurt You And The...
This Fashion Brand Turned A Stripe Into A...
Shots In The Dark: Why Access To A...
What Building Wealth Really Takes In Business
Building A Circular Economy In New York City...
How To Cast Your Vote Against Election Scams
New Science On Stress: Feeling Your Feelings Works...
Why Now Is The Right Time To Acquire...
7 Obstacles That Prevent People From Starting Businesses...
Booking Holdings Falls; Likely To Remain A Risky...
Apple iPhone Crushes Samsung Galaxy In Important New...
Home Technology Email Startup Front Raises Rare $59 Million Round Led By Other Software Founders
Technology 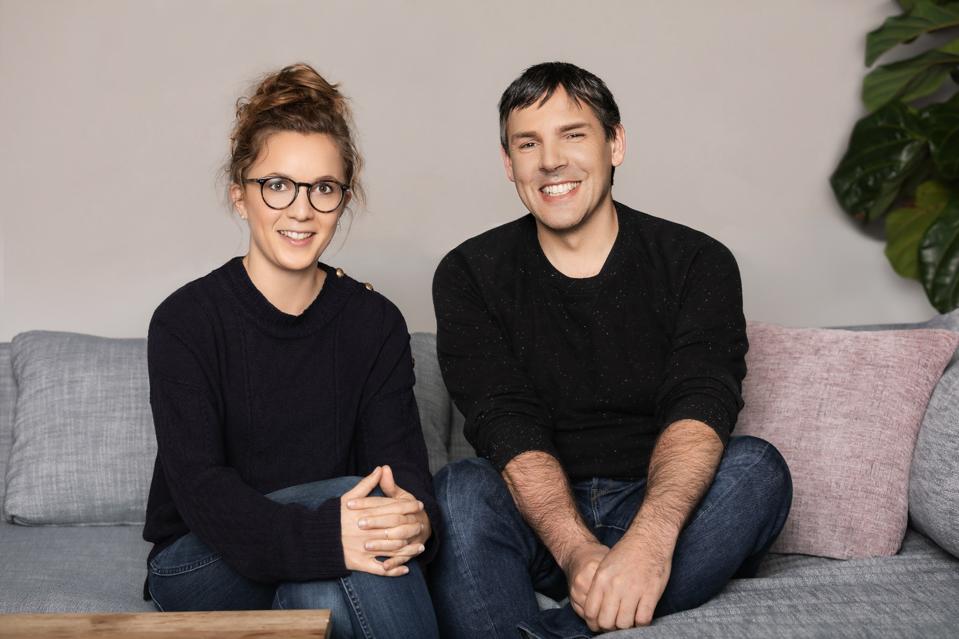 Front founders Mathilde Collin, CEO, and Laurent Perrin took an unusual step in raising a … [+] later-stage funding round predominantly from other software entrepreneurs.

When email startup Front’s CEO Mathilde Collin decided she was ready to raise a new funding round, the entrepreneur had options. She could seek out new investment firms, or go back to her previous backer, well-known Silicon Valley shop Sequoia Capital. Collin chose a much more unusual route: a large-sized, later-stage investment group led predominantly by fellow software founders.

By the numbers, Front’s Series C financing announced on Wednesday isn’t unheard-of for the tech industry. The San Francisco-based startup raised $59 million at a valuation it says is four times its previous, which, according to data from startup tracker PitchBook, came in at $200 million when its $66 million Series B round was announced two years ago. By that estimate, Front, which declined to confirm it, would be valued at $800 million.

Given Front’s sales growth — revenue up four times over that two-year period and now in the tens of millions of dollars, customer growth from 2,500 to 5,500, and net dollar retention it says stands at 137% — Front achieving such a valuation isn’t surprising. (Forbes named Front a Next-Billion-Dollar Startup this past July.) What’s far more unusual, however, is from whom Front took the money. While Sequoia put up more money than its pro rata rights in the raise, alongside previous investors including Initialized Capital and Anthos Capital, the majority of the money, Collin says, comes from a small group of already-successful tech executives: Atlassian cofounder Mike Cannon-Brookes and president Jay Simons, Okta cofounder Frederic Kerrest, Qualtrics cofounders Ryan Smith and Jared Smith, and Zoom founder Eric Yuan.

“The concept of Front is to say that email is at the core of how work gets done,” says Collin. “This is having the validation of people that think about the future of work literally every day.”

Fittingly for a company that is working to improve how we use email by adding group-editing, collaboration and sharing tools within our inboxes, Front’s funding round came together in large part through its CEO’s own use of her product. Jared Smith, the Qualtrics cofounder and currently its CTO, was already an adviser to Front through his former Google colleague Bryan Schreier, the Sequoia partner who helped secure Front’s sole investor board seat in its last raise through a pitch that included a memorable custom Lego. After Smith expressed interest in personally investing to Collin, she decided to email other entrepreneurs she respected to see if they’d want to join. Some she knew well; others she’d only met through investor and industry events. Not all responded. But the ones that did expressed a willingness to write check sizes that surprised the former 30 Under 30 listee, now 30. “I didn’t even know that individuals could put in that much money,” she says of their multi-million-dollar checks.

The individuals who committed were mostly kept in the dark who else was investing, though Yuan at Zoom says he was validated in part by the commitment from Ryan Smith, a friend and a fellow Sequoia-backed entrepreneur. (Okta is another Sequoia portfolio company; Atlassian is not.) Not so for the Smith brothers themselves, both personal users of Front in their family offices since SAP’s $8 billion acquisition of their Utah-based startup announced in November 2018. “Ryan told me, ‘Hey, I’m thinking of doing this,’” says Jared Smith. “And I said, ‘I already did it.’”

Where Front’s investors are on the same page: in Front’s mission to improve how teams use email, they see similarities to their own businesses: a large market, and one that many technologists had given up for dead. “We’re all tackling a problem that we all care about,” says Ryan Smith. “And if you look at how bad or how unintelligent email is, but it consumes hours and hours of our day, we all want to be more productive. That’s why we’re all going pretty heavily into this.” At Zoom, Yuan sees a similar parallel. “There’s some problems on the email front, nobody’s happy. She’s disrupting that market similar to what we did to the video-conferencing market,” he says. A traditional knock, or at least limitation, of angel investing has been that a group of individuals won’t provide as much hands-on help, or accountability, as a firm that has made a significant financial commitment to a startup, often joining its board of directors. Raise from too many angels, and you run the risk of many people being interested in your success as no more than a hobby or second job, with no one person or group stepping in for critical decisions or time-sensitive advice. At Okta, Kerrest says that notion is largely over-blown. When he and cofounder Todd McKinnon were building their identity management startup they took public in 2017 (Okta currently trades at a market capitalization of about $15.6 billion), they turned to other founders, like the entrepreneurs behind marketing software maker HubSpot, for help.

“Big VC firms will call and say, hey, there’s an entrepreneur I’d like you to meet. And perhaps you can give them a little feedback or advice or guidance. And it sounds great. But it’s devalued, it’s very small,” Kerrest says. “On a friendly level you probably are always going to be good citizens of entrepreneurs and offer advice,” says Simons at Atlassian. “But your cheering is a little bit louder when you have put your own money into helping the business grow.”

Collin’s one regret for the funding round: that she raised the funding from a group of tech executives that are all male. She says she contacted the female leader of a successful software company to participate, but never heard back. “I wanted it to be diverse,” she says. “I tried, and didn’t manage to do it.”

As for how Front will spend the money: Collin says she’s hiring in the company’s San Francisco headquarters and its engineering office in Paris in her native France. Front continues to develop new features like automation tools that diversify it farther away from its original core use case of a shared email account for customer success teams. But Collin says she’s discovered an unexpected source of growth by moving away from tech companies — big named customers include Shopify and Stripe — and into crustier, less technical industries where email is still the life-blood of getting work done.

Collin says that at tech conferences like TechCrunch Disrupt she used rent a booth and chat up fellow software companies, lucky to convert one in 100 into a customer. “Now I’m going too a trucking conference in the Middle East,” Collin says. “We understand who we sell to now, and where we find them.”