Home Business Eminem Breaks Out Of A Tie With Kanye West For The Most Consecutive No. 1 Albums
Business

Eminem Breaks Out Of A Tie With Kanye West For The Most Consecutive No. 1 Albums 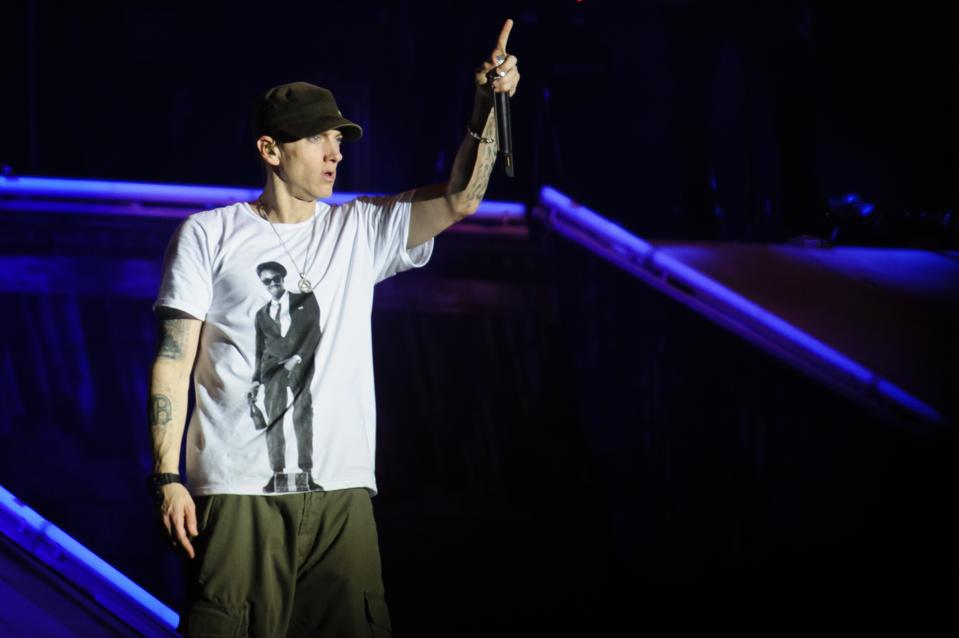 With almost 280,000 equivalent units shifted, Eminem’s surprise album Music to Be Murdered By easily debuts at No. 1 on the Billboard 200 this week, beating out popular new efforts from the likes of Halsey and Mac Miller. The set is the rapper’s tenth as a soloist to reach the highest rung on the tally, which is one of the most impressive counts in history.

Music to Be Murdered By isn’t just Eminem’s tenth No. 1 on the Billboard 200, it’s also his tenth in a row, which is an incredible show of longevity. In fact, it’s one that no other artist has ever managed.

With a tenth consecutive leader, Eminem breaks out of a tie with fellow hip-hop royalty Kanye West, as the two were on the same level until this week, according to Billboard. Last year, West landed his ninth No. 1 album in a row when his set Jesus Is King opened at the top of the Billboard 200.

Impressively, all of Eminem’s 10 most recent albums haven’t just made it to the top of the ranking, they’ve debuted there. West has now been pushed to second place on the list of the artists with the most consecutive chart-topping openings.

Both Eminem and West have seen projects fail to reach No. 1, though they don’t count toward this specific feat, typically based on what name they were released under. Eminem has taken part in a handful of compilations that didn’t rule, though they weren’t presented specifically as Em items. West also just missed the throne with his recent set Jesus Is Born, which came out on Christmas day, though it was released under the moniker Sunday Service Choir.

Eminem and West’s history on the Billboard 200 is also similar in that their first full-lengths peaked at No. 2, though everything they’ve released in the years since has spent at least one week at No. 1. The two rappers have also led the charge as a member of a group—Eminem did so with both D12 and Bad Meets Evil while West managed the same feat with Jay-Z as The Throne—but since those albums were shared with different names attached, they don’t factor into their career totals…at least not in this regard.

How The Longevity Project Is Reimagining Our Longer Lives

Takumi Minamino’s Signing Is Emblematic Of What Makes...