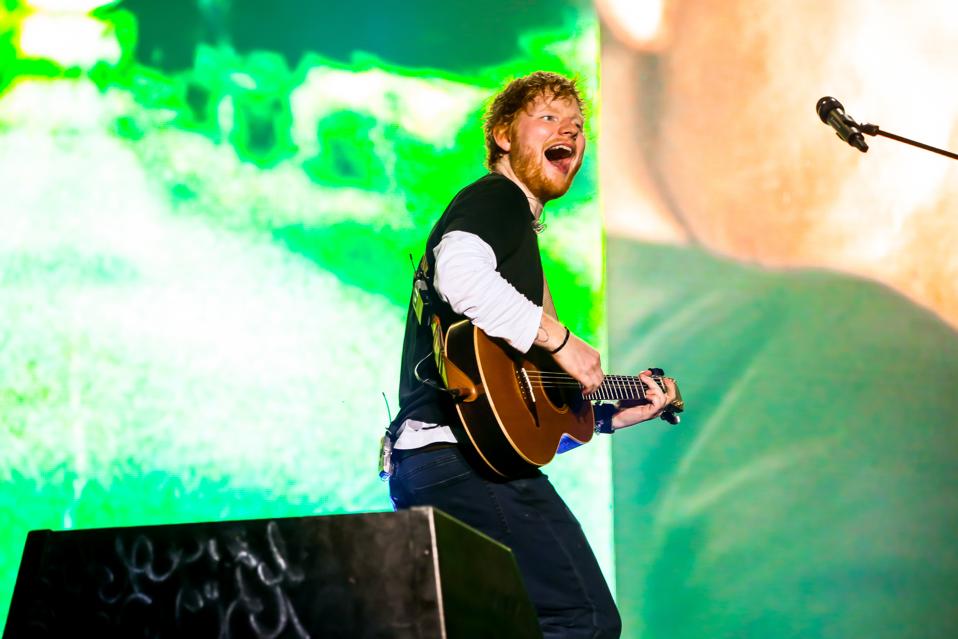 Ed Sheeran currently has four albums present on the U.K. chart, and two of them take up space inside the top 20 while another, the one that started it all, reaches a milestone rarely seen in the country. Ahead of everyone comes Eminem, who leads both the albums and songs tallies this time around with music that debuts at the top.

Here are five titles that make waves on this week’s U.K. albums chart.

Whenever Eminem has a new album, it’s bound to go straight to No. 1, even if nobody was expecting it. The rapper surprise-dropped Music to Be Murdered By last week, and it wasted no time racking up enough streams and sales to dominate the chart this time around. The set is Eminem’s tenth leader (under that name, at least), which makes him one of only a handful of artists to reach that milestone.

Behind Music to Be Murdered By, two other full-lengths from the hip-hop musician rise on the chart, with Curtain Call – The Hits lifting to No. 31 and Kamikaze returning at No. 91.

The world misses Mac Miller, and in the U.K., his fans have made his first posthumous album his highest-charting yet. The hip-hop star, who passed away about a year and a half ago, appears in the top 10 for the first time with Circles, which has also sent several tracks onto the singles ranking.

Louise got her start in the ‘90s as a member of the R&B group Eternal, and she was able to parlay that into a successful solo career, at least for a while. The singer scored a handful of big albums as Louise, and then she seemed to disappear for a long time. Now, 20 years after her last solo effort was revealed, she’s back with a new set, and fans almost made it another top 10. Her comeback title Heavy Love lands at No. 11.

While she rests from a non-stop promotional cycle and an exhaustive tour (and probably works on new music), Ariana Grande’s last album approaches its one-year anniversary. Thank U, Next, which spawned a number of smashes all around the world, has been present on the U.K. chart for 50 weeks, and it’s not done yet.

No matter how many copies sell or how many times his hits are streamed, the British people just can’t get enough of the music of Ed Sheeran. The guitar player and singer-songwriter’s debut full-length + celebrates 400 weeks on the U.K. albums chart this frame, and it’s bound to rack up more as time goes on.

Three other Sheeran titles take up space on the list this time around, with No.6 Collaborations Project dipping to No. 7, ÷ (Divide) slipping to No. 19 and x falling to No. 56.

The Best (And Worst) Christmas Classics, Ranked By...

$20 Billion Will Be Spent On Valentine’s Day

Forget Trump And Google—Huawei Now Has A Critical...

There’s A Message In Protests Occuring Worldwide, From...

The Business Of Elevating Black Owned Media With...