Breaking
Why Getting On TV Is Your Best Marketing...
Ask Larry: Can I Take My Social Security’s...
Students Can Get Hulu For Just $1.99 Per...
Documentary Calls Out Stereotypes, Issues Urgent Call-To-Action For...
The Best Preferred Stocks For 2021
China’s Rare Earths ‘Slump’ A Sign Of Domestic...
5 Ways To Promote Team Wellness This Winter
How To Refresh Your Business Ideas In The...
Yelp Is Now Accepting Covid-19 Safety Reviews …And...
What You Should Consider Before Entering An Intrafamily...
The Hidden Drag From The S&P 500 That...
The Flawed Inflation Narrative; And “V” vs. “U”
How, When And Where You Can See A...
Why You Should Stop Using Your Facebook Messenger...
IRS Collections Appears To Be Broken
Google Search Rival DuckDuckGo Tops 100 Million Daily...
Home Business Eminem’s ‘Curtain Call: The Hits’ Is The First Hip-Hop Album To Spend 400 Weeks On The U.K. Chart
Business

Eminem’s ‘Curtain Call: The Hits’ Is The First Hip-Hop Album To Spend 400 Weeks On The U.K. Chart 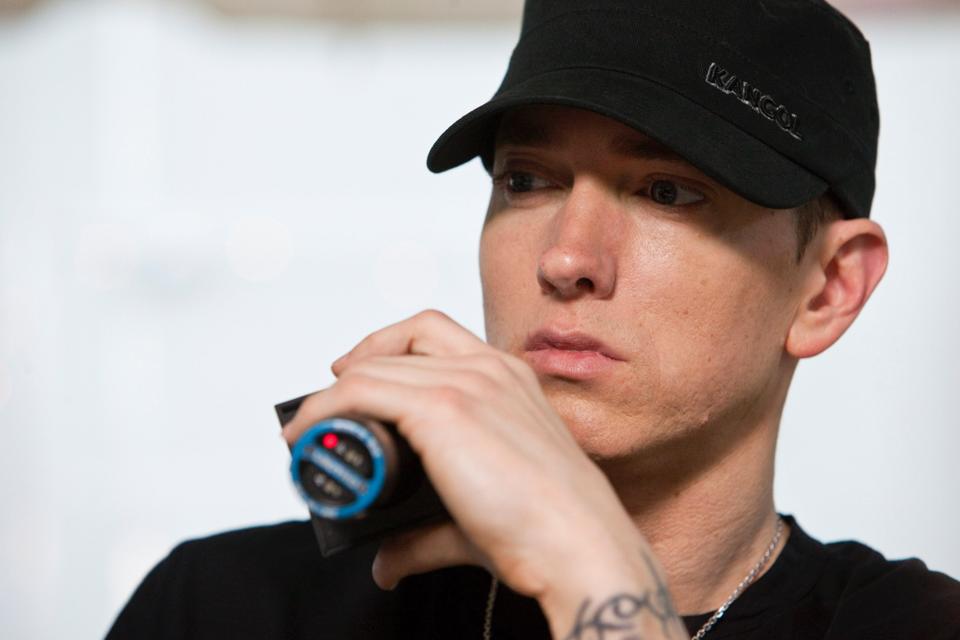 Eminem backstage for a Fuse TV interview during the 2011 Bonnaroo Music and Arts Festival on June … [+] 11, 2011 in Manchester, Tennessee. (Photo by Skip Bolen/WireImage)

Eminem surprised the world earlier this year by dropping a complete new album, Music to Be Murdered By, out of thin air, declaring that he was still a force to be reckoned with in 2020. Now, that title continues to slip slightly on charts all around the world, but in the U.K., his most successful release yet hits a very special milestone, one that none in his genre have made it to in the country.

The rapper’s Curtain Call: The Hits compilation lands at No. 33 on the current U.K. albums ranking, but it’s not the position that’s worth noting. The set has now lived on the Official Chart Company’s tally of the most popular full-lengths in the country for 400 frames. In doing so, it has become the first hip-hop release to make it to that mark, and when including all titles from all genres, the number of titles that have managed to live somewhere between Nos. 1 and 100 for at least 400 frames doesn’t expand by much.

There are now fewer than 15 albums in U.K. history that have charted for at least 400 weeks, and Eminem joins the likes of Amy Winehouse, ABBA, Queen, Fleetwood Mac and Bob Marley and the Wailers in producing a release popular enough to sell and stream enough copies to appear on the list for as many turns.

Curtain Call: The Hits hit No. 1 in the U.K. when it was first released back in 2005, buoyed by its tracklist, which includes most of Eminem’s biggest smashes up until that point in his career. The title also produced two new charting singles, including “When I’m Gone,” which peaked at No. 4 in the island nation. Since it arrived, the project has been certified seven-times platinum for shifting at least 2.1 million copies in the country.

The compilation is one of just two Eminem albums that have charted for triple-digit weeks, as his debut release The Slim Shady LP has now ranked somewhere on the list for 134 turns.

For the moment, it doesn’t look like any other hip-hop albums will be matching what Eminem has just managed with Curtain Call: The Hits, as none are anywhere close to hitting 400 weeks on the chart.