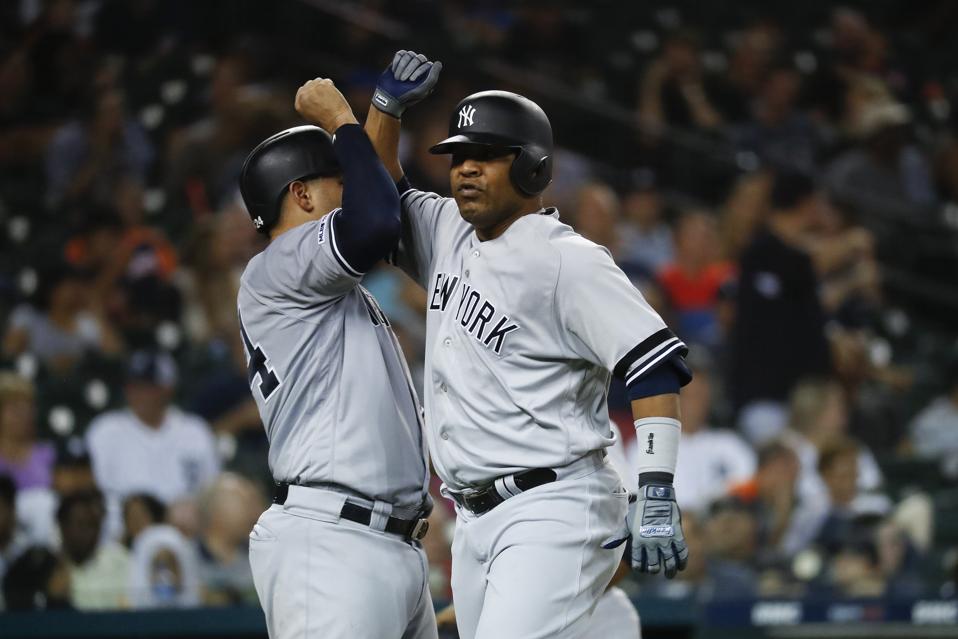 Consider this an early word of warning for Matthew Boyd, Yusei Kikuchi, J.A. Happ and any other left-handed pitchers who tend to give up home runs: You might want to come down with a 72-hour bug when your team is headed to Guaranteed Rate Field next season.

The White Sox could line up one of the greatest collections of right-handed power hitters ever put together.

Eloy Jimenez, who led American League rookies with 31 home runs, was on fire when we last saw him in a White Sox uniform. He hit .363 with nine homers and 27 RBIs in his last 28 games. He hit .311 with a .519 slugging percentage as a highly regarded prospect.

Jose Abreu, who last season joined Dick Allen as one of the only White Sox hitters to ever lead the AL in RBIs, also finished strong. He hit .335 with 10 homers and 46 RBIs in his last 51 games, ending the season with 33 homers and 123 RBIs. It marked the fifth time in his six major-league seasons he’s had 25-plus homers and 100-plus RBIs.

Edwin Encarnacion, who just signed a one-year, $12-million contract that includes an option for 2021, is a good bet to hit 30-plus homers for the ninth year in a row. Only Nelson Cruz has hit more majors than Encarnacion since 2010, 346-335.

That trio of right-handed power hitters will be joined by switch hitters Yasmani Grandal and Yoan Moncada to give the White Sox five hitters coming off 25-homer seasons. The Sox also traded for left-handed-hitter Nomar Mazara, who averaged 20 homers with the Rangers.

Whether that gets the attention of the Minnesota Twins’ Bomba Squad remains to be seen.

The Twins won 101 games last season, and in the process set a major-league record with 307 home runs. They had five hitters with 31-plus homers and eight with at least 22.

While the White Sox are been adding players who generated WAR, including lefty starters Dallas Keuchel and Gio Gonzalez, the Twins cut the cord on Jonathon Schoop and C.J. Cron, who combined for 48 homers, along with lefty starter Martin Perez. They have added a couple of players who were productive last season, set-up man Tyler Clippard and backup catcher Alex Avila.

It’s hard to imagine the White Sox closing a 29-win gap to the Twins in one season but they have more talent coming than just the veterans they’ve added. Center fielder Luis Robert and second baseman Nick Madrigal, both profile as potential Rookie of the Year candidates if they play well enough in spring training to grab jobs.

Robert, a 22-year-old Cuban whose signing cost the Sox more than $50 million in bonus and tax, combined for 32 homers and 36 stolen bases while playing at three levels last season. His OPS was higher in Triple-A (.974) than Double-A (.880), suggesting he’s turned a corner and is set up for a big 2020.

Madrigal, a first-round pick from Oregon State in 2018, hit .311 with a .377 OBP at three levels in his first full season as a pro. He stands only 5-7, which helps make him a tough out, and like Robert has top-of-the-order speed. His quick rise contributed to the White Sox’s decision to non-tender Yolmer Sanchez, a Gold Glove-winning second baseman.

Like reigning AL batting champ Tim Anderson, Madrigal and Robert could score 100-plus runs with Encarnacion, Abreu and Jimenez doing the slugging. This is an impressive lineup, for sure. But so is the one at the top of the AL Central.

LearnBiomimicry – The Online Course To Work On...

Three Questions Businesses Must Answer In The Era...

Revolutionizing Mobile Gaming With Game.tv: A Conversation With...