Breaking
4 Tips For Attracting Your First ‘Dream Client’...
Want To Generate More Sales This Holiday Season?...
Your ‘Harvest Moon’ Moment Is An Illusion: Why...
Google Meet’s Unlimited Calling Will Continue To Be...
The Need For Speed-Is Quantum Computing A Good...
Stock Market Crash: The End Game Approaches
Best Video Conferencing Software
House Democrats Debate Bill To Allow Student Loan...
For These Indigenous Artists “Land Back” Is Both...
The Current Tech Stock “Bubble” Reflects Pessimism, Not...
A Look At What’s Inside House Democrats’ New...
Page Authority 2.0: An Update on Testing and...
How Public Health Experts Are Harnessing The Power...
This Husband And Wife Built A Luxury Brand,...
This Husband & Wife Built A Luxury Brand,...
Luxury Footwear Brand Chelsea Paris Re-Launches And Stays...
Home Business English Soccer Rules Boxing Day — How MLS Could Make Its Own Version
Business 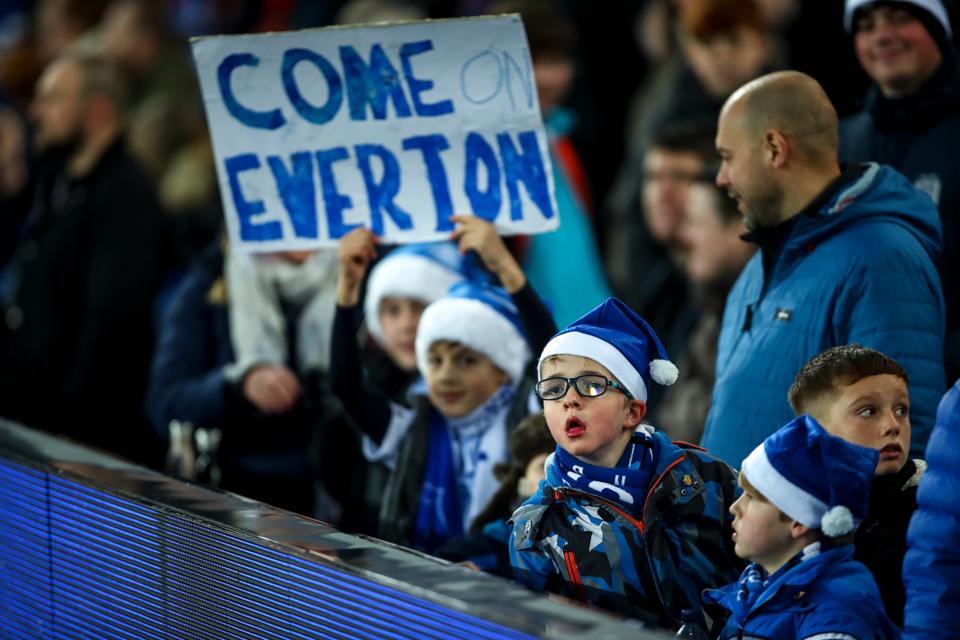 The holiday season is synonymous with soccer in England. In particular, almost every pro team plays … [+] a match on Boxing Day. Could MLS ever establish a similar tradition on a holiday of its own?

The origins of Boxing Day, celebrated on Dec. 26 in the United Kingdom and most the lands that formerly comprised the British Empire, are widely disupted. But in modern England and Scotland, the meaning for many is simple: soccer, soccer and more soccer.

In a custom that dates back to the early years of the English Football League, the day after Christmas features a full program of matches. In 2019, 88 of the 92 teams in England’s top four divisions will be playing on Dec. 26, including a huge clash between Premier League leaders Liverpool and second-place Leicester City.

In short, Boxing Day day serves as an unofficial midpoint to the season and a day-long showcase for the game.

In North America, the closest equivalent in any sport used to be New Year’s Day, when all of College football’s biggest bowl games were played. (That’s no longer the case, of course).

But perhaps no North American sport — with its continued expansion and slowly but steadily growing popularity — is better positioned to establish new traditions than Major League Soccer. And although MLS doesnt play matches in December, perhaps the league brass should look at another holiday that could be turned into a showcase for the best the sport has to offer in the United States and Canada.

Here’s a few days that could fit into the MLS calendar:

The last Monday in May

Featuring: A full slate of league matches, possibly the last before a summer break as players are released for international tournaments. Canadian teams could host games the Saturday or Sunday before.

Pros: Although Major League Baseball often plays day games on Memorial Day, in a 162-game MLB schedule those rarely feel like big occasions. It’s also the day the NCAA crowns its men’s lacross champion, but that’s not the type of thing that would overshadow a leage-wide round of MLS fixtures.

Cons: Daytime weather conditions begin to become oppressive by the time Memorial Day arrives, and evening matches at the end of a three-day weekend might be a tougher sell for fans. Also, occasionally Memorial Day falls within a FIFA international match window.

Featuring: A full slate of league matches, played primarily at night with postgame fireworks. Canadian teams hosting during this round of fixtures could play on Canada Day, July 1.

Pros: Many MLS teams already play matches on Independence Day. And in the MLS spring-to-fall calendar, the date is also an unofficial midpoint to the season, just as Boxing Day is in England.

Cons: Most major international tournaments are played through the 4th of July, including the Concacaf Gold Cup, Copa America, UEFA European Championships and FIFA World Cup. (The 2022 FIFA World Cup, set for November and December in Qatar, is a rare exception.)

Pros: Labor Day could serve as the unofficial kickoff of the chase for the postseason, as well as some good publicity for the league before it begins chasing the scraps of attention that are left when the NFL arrives in full force the following week.

The Day after the 4th Thursday of November

Featuring: At least four of the six first-round playoff matches.

Pros: The combination of many Americans staying home from work with the decreasing popularity of Black Friday shopping might mean a chance to get lots of new eyes on MLS telecasts. There’s also no major pro sports competitor during the daytime, though there are college football rivalry games.

Cons: This won’t be possible unless the league again re-alings its schedule, which probably wouldn’t happen until after the 2022 season at earliest. Currently the playoffs are contested between FIFA’s October and November international windows. This idea requires the postseason be moved to after the November break.

Usually the first Sunday in February

Featuring: A full slate of daytime league matches played in doubleheader fashion as the opening round of the new season. Early kickoffs at 1 p.m. ET. Late kickoffs at 3:30 p.m.

Pros: Because of the enormity of the Super Bowl played later in the evening, it’s rare that any other pro sport tries to regularly compete directly, leaving the daytime hours more or less open.

Cons: No matter how big MLS gets, it will always be playing second fiddle to NFL on Super Bowl weekend, which includes the single most-watched TV event of the year. The question is whether the exposure is worth that PR compromise.