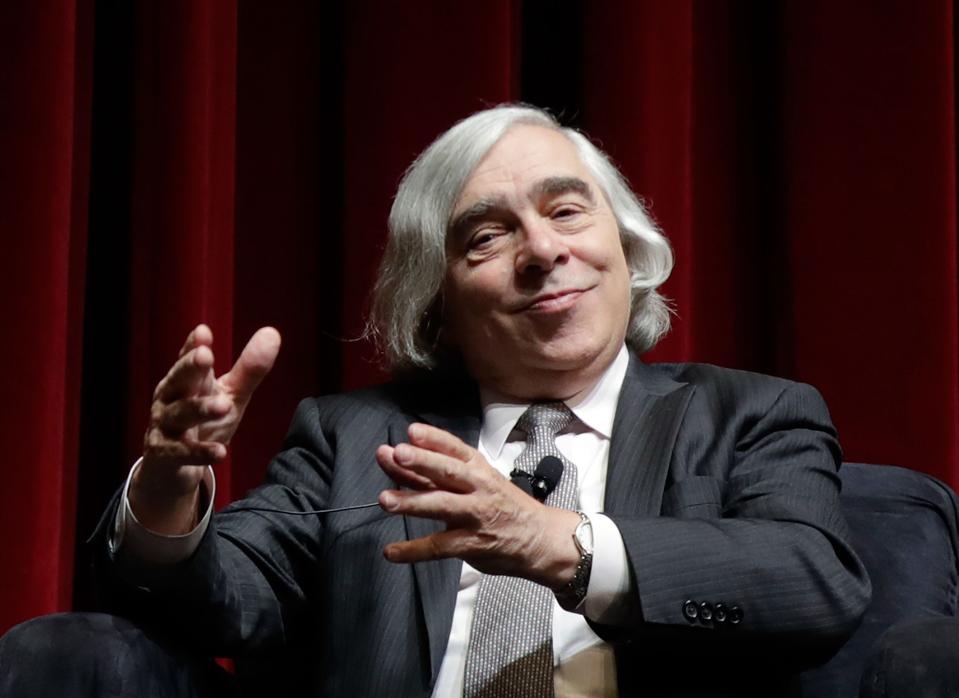 Developers of carbon-capture technologies had been waiting since autumn for guidance from the Internal Revenue Service that would give dozens of innovative projects a green light.

Now that they have some guidance—delivered in late February—they have to continue waiting, according to Ernest Moniz, the MIT physicist who served as energy secretary and now heads the Energy Futures Initiative.

“To be blunt, last week—finally, after like two years of doing nothing—Treasury put out some guidance for 45Q implementation,” Moniz said in an appearance yesterday at Resources for the Future in Washington D.C. “Totally inadequate.”

The guidance was expected to resolve uncertainty over how companies could take advantage of the carbon capture tax credit in Section 45Q of the Internal Revenue Code, which Congress expanded in 2018. But according to Moniz, uncertainty remains.

“It’s like they didn’t answer the mail. They did a first installment. And who’s going to do a project based on the guidance you’ve got out there?”

As issued, the guidance clarifies when a project qualifies as beginning construction and how the IRS will view partnerships, but crucial questions remain unanswered.

“A number of issues specific to the carbon sequestration credit were not addressed,” according to the National Law Review. “In particular, the new guidance does not define ‘secure geological storage’ and does not delineate what uses of sequestered carbon are eligible for the credit. IRS and Treasury are expected to issue additional guidance on these questions in the near future.”

“This is the kind of stuff— Let’s get on with it,” Moniz said. “We’ve got to do projects and move forward.”