Breaking
Why Getting On TV Is Your Best Marketing...
Ask Larry: Can I Take My Social Security’s...
Students Can Get Hulu For Just $1.99 Per...
Documentary Calls Out Stereotypes, Issues Urgent Call-To-Action For...
The Best Preferred Stocks For 2021
China’s Rare Earths ‘Slump’ A Sign Of Domestic...
5 Ways To Promote Team Wellness This Winter
How To Refresh Your Business Ideas In The...
Yelp Is Now Accepting Covid-19 Safety Reviews …And...
What You Should Consider Before Entering An Intrafamily...
The Hidden Drag From The S&P 500 That...
The Flawed Inflation Narrative; And “V” vs. “U”
How, When And Where You Can See A...
Why You Should Stop Using Your Facebook Messenger...
IRS Collections Appears To Be Broken
Google Search Rival DuckDuckGo Tops 100 Million Daily...
Home Technology Ethics Of Life And Death Rationing Decisions In The Age Of Coronavirus
Technology 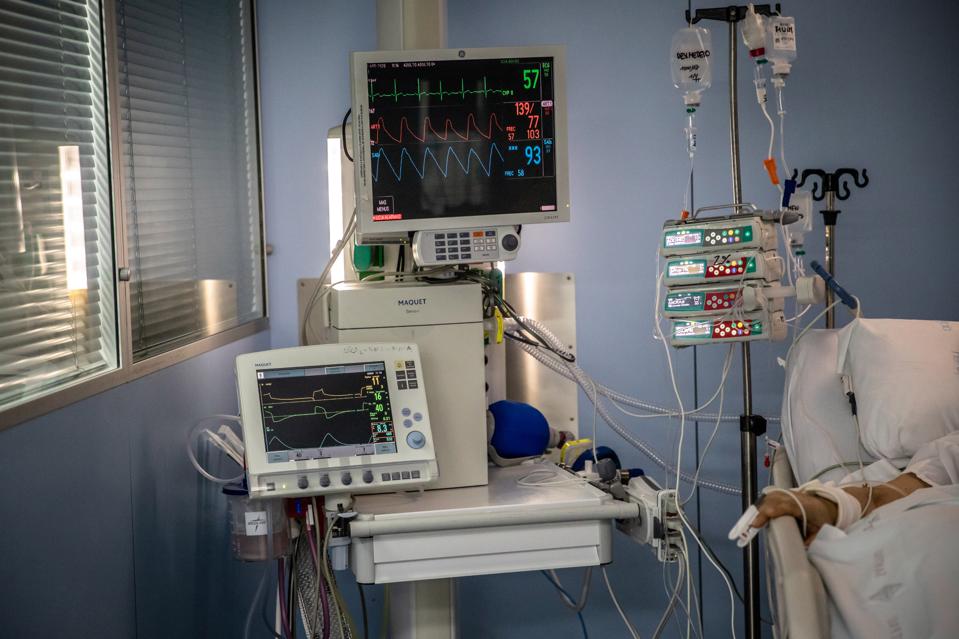 A Maquet Servo I ventilator stands next to a patient’s bed inside the intensive care unit (ICU) ward … [+] at the Sant Pau hospital in Barcelona, Spain, on Thursday, April 2, 2020. Photographer: Angel Garcia/Bloomberg

In the 1930s, the British economist Lionel Robbins defined economics as “the science which studies human behavior as a relationship between ends and scarce means which have alternative uses.”

This definition encapsulates the essence of allocation decisions. For an economist the ends are probably different from a clinician’s. But, ultimately, no matter what the ends, decisions must be made about how to allocate scarce resources with alternate uses.

One such scarce resource is ventilators for critically ill Covid-19 patients. Specifically, the question is how to prioritize use of ventilators: Patients in the greatest need or those most likely to benefit? Should age or disability be a factor? Patient’s profession or status?

Britain’s National Health Service has always been quite explicit and transparent about rationing. The other day Prime Minister Boris Johnson was admitted to an intensive care unit at the St. Thomas hospital in the borough of Westminster in London. It turns out that even intensive care for Covid-19 patients is limited in Britain to those “reasonably certain” to survive. Furthermore, ventilator treatment is considered “not in many elderly patients’ best interests.”

Americans don’t like the word rationing. But, like all other healthcare systems the U.S. rations. Most healthcare rationing is implicit rather than explicit. For example, access to private health insurance is rationed on availability of employer-sponsored coverage and price of premiums.

In addition, private health insurers ration. They may deny coverage of treatments, remove drugs from formulary, or raise out-of-pocket cost-sharing which could make certain medical therapies unaffordable for some patients.

Kidney transplantation is one of the more conspicuous examples of allocation under conditions of scarcity. There is more demand for kidneys than there are kidneys available. Concomitantly, this requires some form of explicit rationing. So, for example, in the U.S. which individuals on the waiting lists get transplants first is decided in part by a fairness principle: The longer a person has waited for a kidney, the more priority he or she has to receive one.

Rationing decisions involve difficult ethical issues that don’t have neat, cut-and-dried answers. In the case of ventilators for Covid-19 patients, states have filled the void in the absence of federal guidance. Their policies differ in crucial ways and are similar in others.

Earlier this week, the state of Massachusetts released a plan on how to ration ventilators and intensive care beds. The plan appears to prioritize medical personnel, as well as give preference to healthy and young patients.

At the Ronald Reagan UCLA Medical Center in Los Angeles, patients with a life expectancy of less than one year would be assigned a lower priority than those with a longer life expectancy. The argument is that age is a marker for chronic illness. The older a patient the more likely it is that he or she has comorbities and conditions that will impact survival.

While the UCLA Medical Center has adopted guidelines giving medical personnel preferential access to scarce ventilators, the hospital says it does everything possible to avoid “discrimination,” stating that medical teams may not consider certain criteria for ventilator allocation, including gender, professional status, and disability.

It is clear that the elderly, people with terminal cancer and those with chronic conditions, fare poorly in many state policies, as do patients with disabilities.

Some have argued against age discrimination. And others maintain that medical teams must not use disability-based distinctions to decide who gets access to a ventilator. This begs the question, however, if assessments of quality or quantity of life are eschewed, how does one then allocate scarce resources like ventilators? On the basis of a lottery? Or, a random draw of some sort? And, would that be considered fair?

It’s highly unlikely there will be a universally agreed upon way to ration ventilators. In lieu of the perfect set of rationing criteria, perhaps lessons can be learned from France, especially regarding the decision-making process.

France has been hit extremely hard by Covid-19. The country has set up “ethical support units” to help medical teams make hard choices about which Covid-19 patients to place in intensive care; specifically, whether to treat certain patients, with ventilators, for instance, or withdraw treatment from those who are too sick to benefit.

Each of France’s 13 regions will now have such a unit, which will consist of experts in emergency medicine, geriatrics, palliative care, medical ethics, law, as well as representatives of patient groups and society at large. The breadth of the membership of the ethical support units may be key to gain credence among the medical teams the committees are informing.