Breaking
Bitcoin And Blockchain Are The ‘Future’ Of Twitter,...
COVID-19 Pandemic Has Birds Changing Their Tune
Beat Zoom Fatigue With These 6 Tips
How To Sustain (Or Sabotage) A Customer Service/Experience...
How, When And Where You Can See A...
New $2.2 Trillion Stimulus Bill Proposed—$1,200 Stimulus Checks,...
Why Do We Do What We Do? Manipulating...
California Brand Goes All-American As Amazon Bans Foreign...
The 3 Best Analytics Companies of 2020
Senator Cory Booker: Supporting Small, Minority-Owned Businesses Will...
Trump’s Taxes Are Finally Leaked—What’s Next?
Washington Heats Up Ahead Of First Presidential Debate:...
Systemic Racism Leads To Disparities In Nursing Home...
The New Regular: Prepare For Conflicts Of Customer...
Web VR.0 – Have VR Websites (Finally) Arrived?...
This Next Evolution Of E-Commerce Did $18 Billion...
Home Business Ethique: The World’s First Zero-Plastic, Zero-Waste Personal Care Brand
Business

There’s no doubt that the beauty industry generates an enormous amount of waste.

If you think about it, most products are wrapped in cellophane before you even get to the actual product box, which is often made from very thick cardboard (with perhaps, additional plastic bits) that may or may not be recyclable. Then of course there is the vessel the actual product itself is contained in, which is also typically plastic. 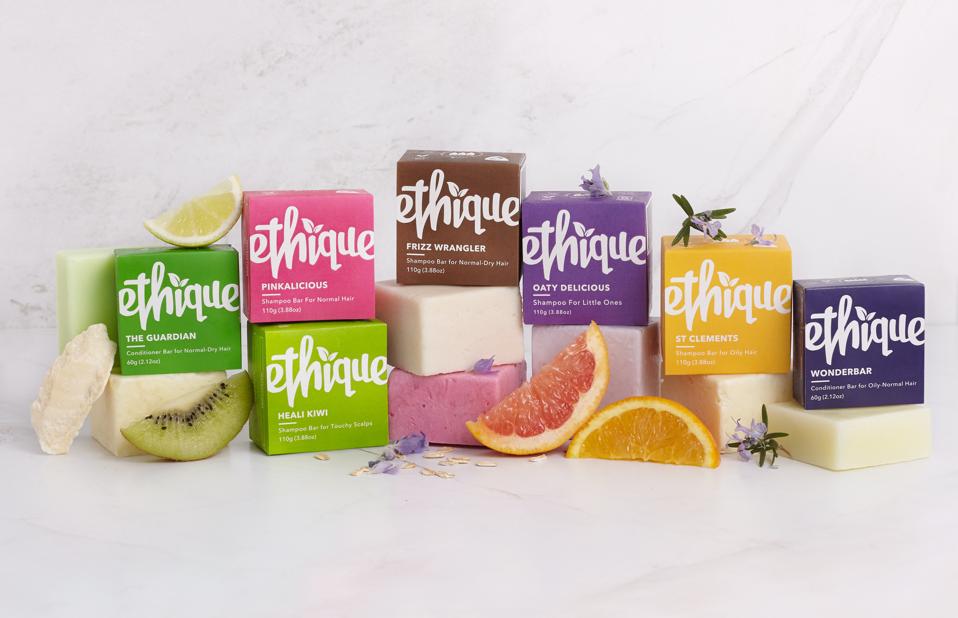 According to National Geographic, the amount of plastic across all products in the United States has increased over 120 times since the 1960’s. Plastic Oceans, a non-profit organization on a mission to raise awareness about plastic pollution estimates that packaging alone accounts for a huge 40% of total plastic usage. While the use of plastic is inevitable in our lives (think computers, building materials, performance textiles and clothing, and more), there are many areas like beauty where serious improvements can be made.

Serial entrepreneur and biochemist Brianne West had that exact thought in mind when she began whipping up natural beauty bars in her science lab as an alternative to single-use plastic shampoo and conditioner bottles. After perfecting her formulas, West crowdfunded and attracted more than 300 female investors and launched Ethique (which is French for ethical), the world’s first zero plastic, zero waste personal care brand in 2012 while she was still in school.

Although most people wouldn’t necessarily think that a scientist would make the jump to entrepreneurialism, West tells me it has always been part of her DNA. “I started a pet detective ‘company’ when I was eight followed by a variety of different companies through my teens. I expected to be out on boats studying oceanography, or scuba diving as a marine biologist. But, life never works out like you expect, right?!” 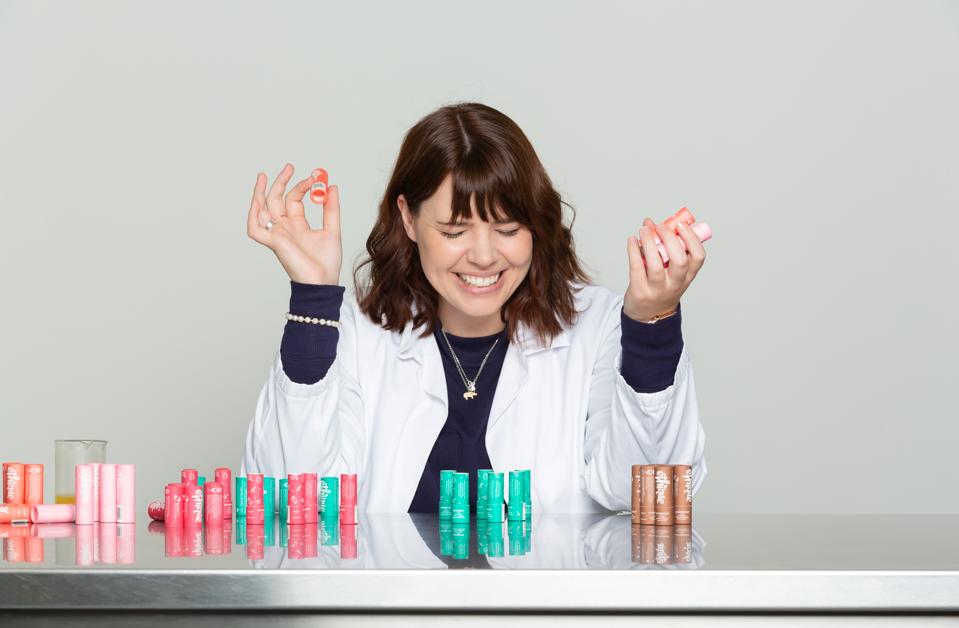 West acknowledges she is not the most business-minded person but she credits the people around her that have helped her along her way. “I much prefer to think big and focus on strategy, product and our values, she tells me. But, I have learned a lot from the people around me who have been so generous with their time and expertise.”

For the first three years Ethique was strictly direct-to-consumer (with the first year operating out of West’s kitchen) but eventually the brand looked to retail partners to expand their reach.

“I always envisioned Ethique being a strictly direct-to-consumer company forever because I like the close relationship you can have with the customer. However, in order to be a more mass brand and spread the risk, we made the decision in year four to expand into retail distribution and from there, around the world,” she explains. Currently, customers can purchase Ethique through Amazon and Target. “But, we have some big plans for the US market this year!” 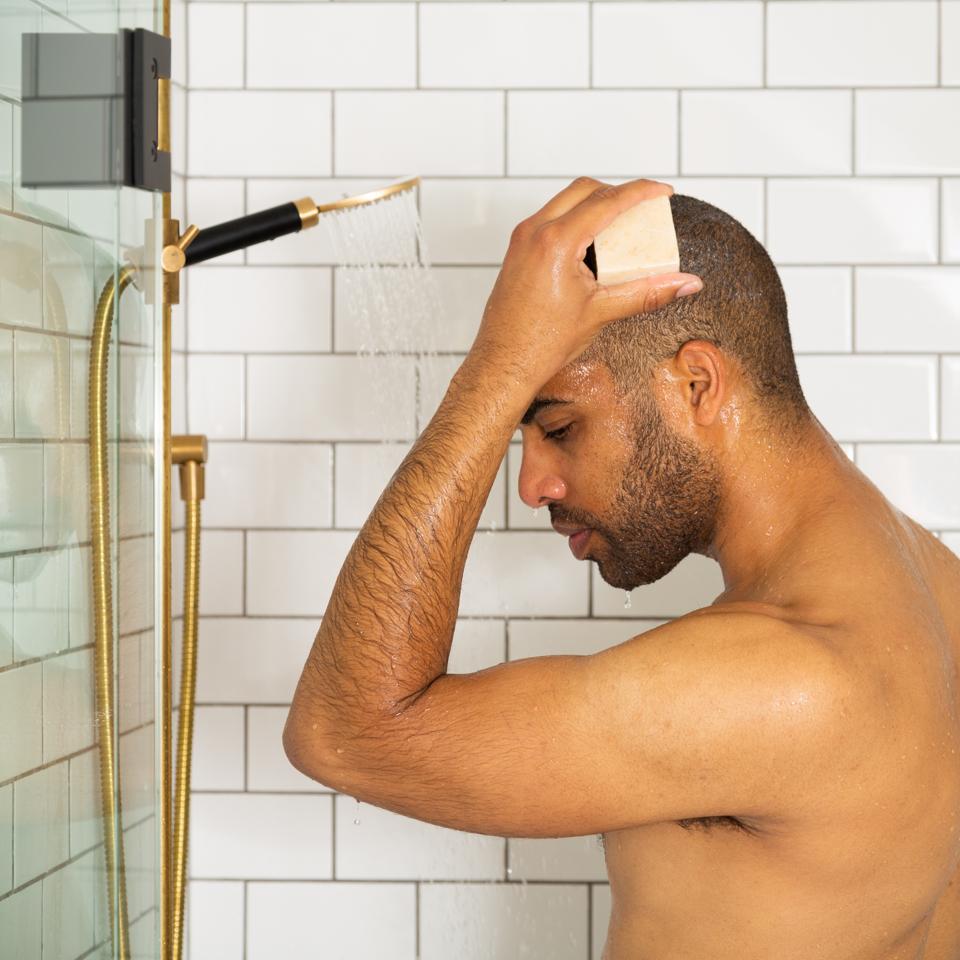 One of the most challenging aspects of Ethique’s business is finding suppliers who meet West’s standards of not having palm oil or its derivatives in them. “We choose to avoid palm until there is a proven, genuinely sustainable source of it. But due to its abundance and low cost, unfortunately the vast majority of cosmetic ingredients such as emulsifiers and surfactants are derived from palm,” states West. When it comes to documenting the supply chain, the Ethique team requests documentation from her suppliers.

“We do have a supply chain policy that our suppliers are required to agree to,” West explains. The brand also tries to work directly with producers wherever possible. “We source our directly traded coconut oil from a women’s cooperative in Samoa for example, and our Moringa oil from a cooperative in Rwanda. Where we don’t work directly, we always request information on how the suppliers are paid, ensure child labor isn’t involved and if profit sharing is part of their remuneration. That way we know they are paid and treated fairly, meaning they can look after their communities and their environments.”

Ethique became a Certified B-Corporation in July 2015.  Despite not having a third-party certification stating as much, Ethique has been conscientious about being ethical and sustainably minded from the jump. “The hardest part of the certification process was that back in 2015, I didn’t have any of the paperwork or official policies to prove how we acted or what we required from suppliers for example. But I am very pleased to say that since certifying (and re-certifying), we have always been New Zealand’s highest scoring B Corp,” West proudly tells me. 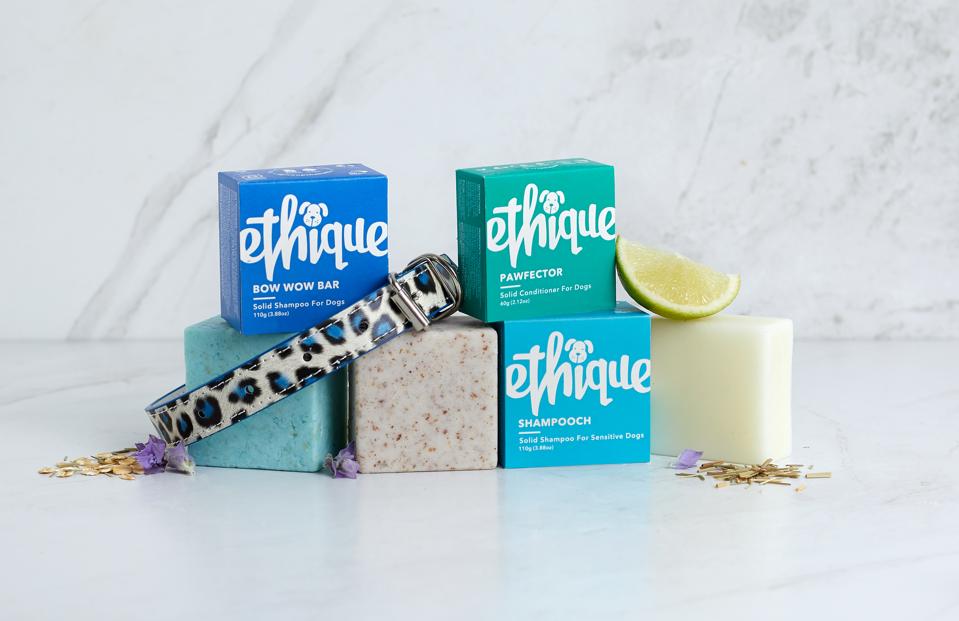 West’s biochemistry background has been helpful when it comes to research and thinking more critically. “Some of the chemistry skills of course come in handy, but a good chunk of my degree was focused on microbiology where there is less crossover, though of course still helpful,” West tells me. “At the very beginning, I taught myself what each ingredient does and how to build a unique formula from scratch, rather than emulating existing products.”

Ehtique currently offers a wide range of products including bars for the face, hair, skin, laundry, and even pets and she is currently working on 57 new products that are in research and development. “I’m working on a whole new range of products that will be a world first, plus a few others that are a twist on a traditional product. Cannot wait to get them out there,” she excitedly shares.

West is also continuing Ethique’s global expansion both in retail and deepening the brand’s penetration with existing markets in the US and UK. “My favorite bit, is lots more partnerships with non-profits doing hugely impactful work around the world. The biggest goal of course is to hit 50 million bottles saved by 2025. We’re at 6 million now, so we’ve got some work to do!