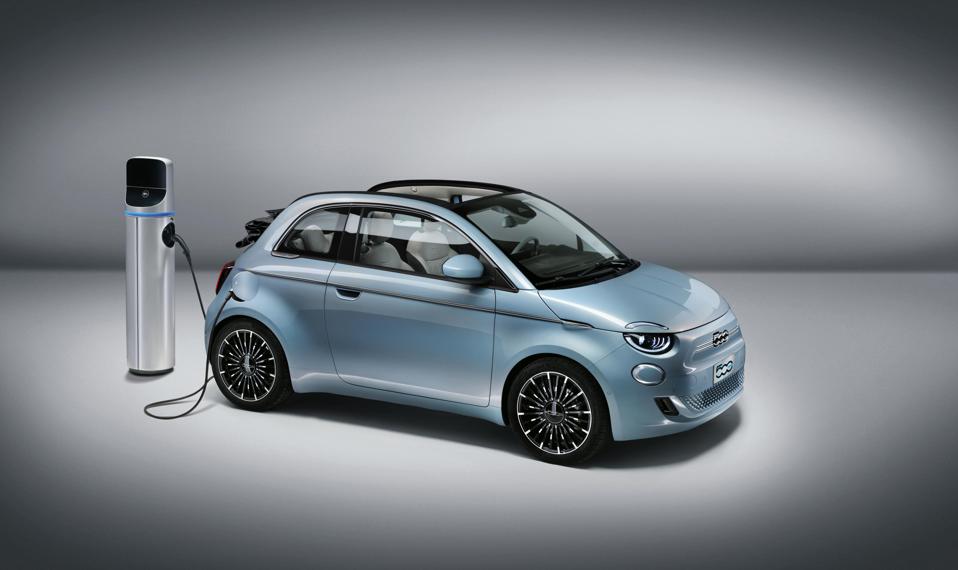 If the coronavirus crisis gradually slips out of the headlines leaving a largely intact European auto industry, the sighs of relief won’t last long. The industry faces a 10-year existential crisis as it struggles to meet European Union (EU) CO2 emissions policy rules designed to force its citizens into electric cars.

This is likely to cause carnage in the European industry as profits evaporate, fines accumulate, and the cost of compliance accelerates. This will result in the mortally wounded seeking relief from manufacturers who have proven achievement in mass market electric mobility, and that means only one thing; the Chinese are coming.

There is only one way for European carmakers to reach this level of efficiency, which is measured in emissions of carbon dioxide (CO2). That means just about all new cars will have to be battery-only electric vehicles (BEVs) by 2030. Even the 2025 standard will be hard to achieve with a mix of BEVs and plug-in hybrids. It is difficult to predict the state of BEV technology in 10 years time, but if today is anything to go by, new cars at the cheap end of the market could well cost twice as much as new gasoline powered cars today. 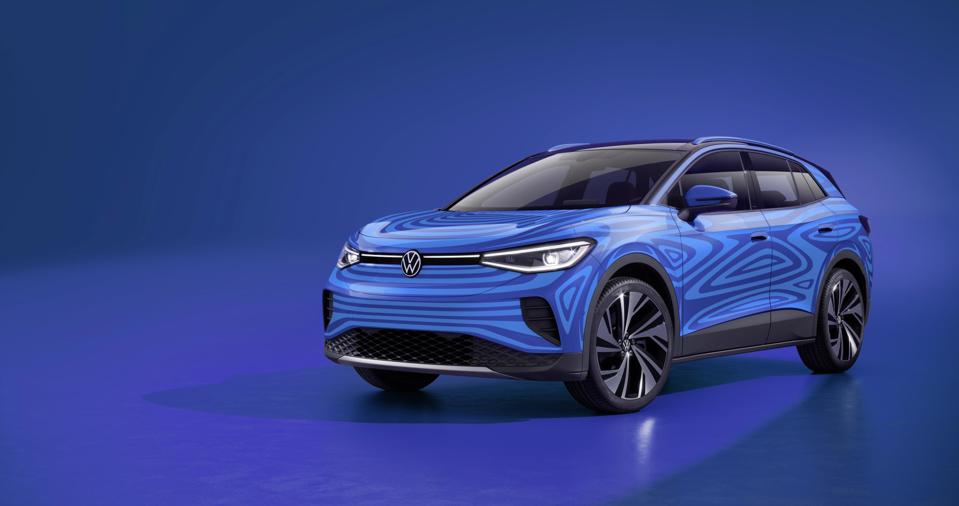 But there is another big problem with the EU vision of an all-electric 2030 new car market. Expert forecasters see a radically different scenario. The International Energy Agency expects a European BEV market share of around 23% in 2030. According to investment bank Morgan Stanley, global sales of BEVs will only reach 24% by 2030, from about 2% in 2019 and 11% in 2025. And that is a stretch if you look at IHS Markit’s projection of BEV production reaching only 15.9% by 2030, while output of gasoline, diesel, and mild-hybrids cars and SUVs would still account for just over 70% of production.

If Morgan Stanley and IHS Markit are right, that will be catastrophic news for big carmakers like Volkswagen. VW plans to spend 33 billion euros ($36 billion) through 2024 on a family of electric cars right across its mass market brands. VW, and its rivals to only a slightly lesser degree, aim for BEVs to account for 25% of their global sales by 2025. Forecasters expect less than half of that.

Government edict in China has forced local manufacturers there like BYD to produce relatively affordable electric cars, and Felipe Munoz, global automotive analyst at JATO Dynamics, expects intervention in Europe from the East.

“Some European manufacturers are not very well prepared and will stumble. China will play an important role, with their manufacturers getting stronger and the second phase of their development will be their global expansion. They will be able to exploit the CO2 crisis, come here and take over companies that are in trouble. Yes, consolidation will intensify during this decade,” Munoz said. 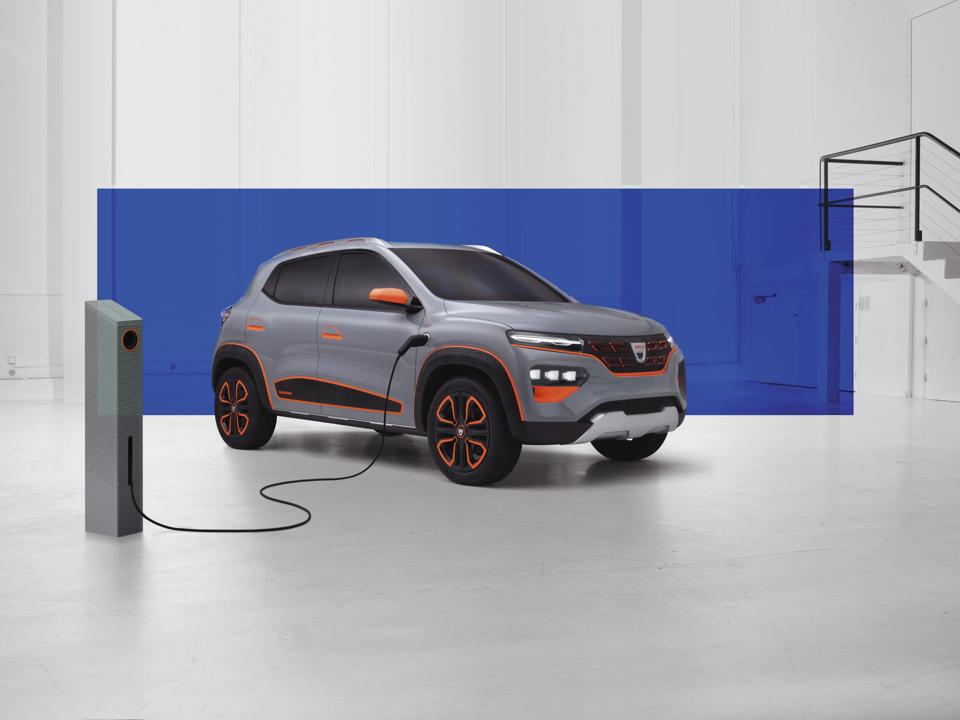 According to a recent report from PA Consulting, Europe’s top 13 auto makers will miss their 2021 CO2 mandates and will face fines of more than 14.5 billion euros ($16 billion). Manufacturers’ preparations for compliance have taken a hit lately, as diesel sales slid, big, heavy SUVs became more popular and sales of BEVs and plug-in hybrids didn’t make up the difference.

JATO Dynamics data shows average CO2 emissions crept up again in 2019 for the 3rd year in succession, breaking a downward trend that started in 2007, and averaging 121.8 grams per kilometer. The EU target for 2020/21 is 95 g/km.

The PA Consulting report said VW could face fines as high as €4.5 billion ($5 billion) because of its sales leadership in Europe.

“I just can’t see BEVs and PHEVs solving the problem. You’d have to sell a hell of a lot. There isn’t remotely the market acceptance. By 2025 and later, consumers will have started to think about their motoring patterns. These are mainly hard to adjust, so it probably means deferred replacement and waiting to see what really happens,” Wormald said.

“And there will be a nasty drop in the new car market. Even so, I can’t see how the mass car market could simply evaporate by 2030. People can’t defer replacement for ever, they need their cars. But it will be seriously depressed, could be 20% down,” Wormald said.

The expense of all this will hurt profits, according to Automotive consultant EY partner Peter Fuss.

“The transformation to cleaner transmissions and engines will take time and is very expensive for all (manufacturers). This development will have a negative impact on profit margins until plug-in and EVs become mass car market vehicles,” Fuss said.

Fuss doesn’t see any big problems for the industry complying with the standards.

“Clean energy and low emissions cars will not be for free. The higher price will be our investment into a green planet. But I can currently not see any chaotic development caused by the new EU CO2 rules. All of this is a big challenge for the industry and the society – but there is no way of return as we have no Planet B to live at if we do not achieve a carbon free Planet going forward,” Fuss said.

Surely, if there was a problem for manufacturers caused by overly aggressive CO2 regulations, the EU would step in and dilute them ?

Dream on, said David Bailey, Professor of Business Economics at the Birmingham Business School, but governments could step in with help for the strategically crucial.

“More collaboration and mega-mergers like FCA (Fiat Chrysler Automobiles) and Groupe PSA will help get around the cost issues and car makers will have to transform to survive, but I don’t think the EU will water down the standards, reducing CO2 in transport is a massive issue for them. Don’t rule out government support for the auto industry if it is seen as strategically important, disguised as scrappage schemes and industrial policy,” Bailey said.

David Leggett, Automotive Editor at GlobalData, begs to differ, saying if politicians demand too much, they will harm the industry. Manufacturers need to be more aggressive with lawmakers.

“If the regulatory framework is set at too strict a level, it risks placing an additional cost burden that adversely impacts companies’ competitive position in global terms,” Leggett said.

“Politicians need to appreciate the whole picture on the basis of good and reliable data and ensure that the pace of change is commensurate to broader economic needs while maintaining a realistic approach to reducing overall emissions of harmful pollutants and CO2. The automotive industry needs to be more effective in making its case to politicians,” Leggett said.

4 Brand Strategies To Nab From The Big Dogs

Add Up The Pieces: The Vanguard Value ETF...