Eulogy To The Bull Market, Aged 11 Years And A Few Days 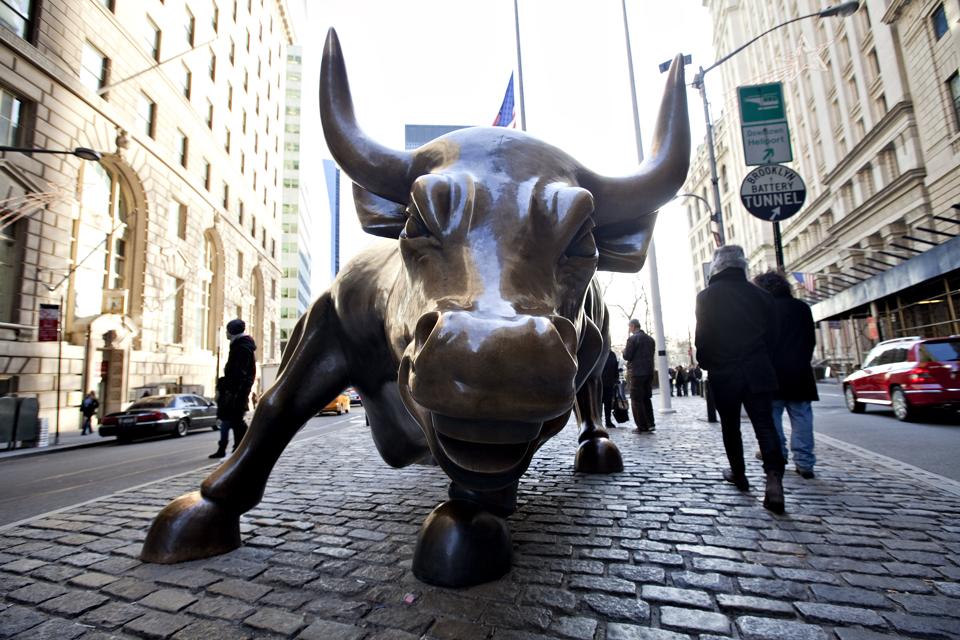 The S&P 500 bull market died on Thursday after an 11-year run that returned 400% and tripled earnings. It was the longest run in history and preceded in a day by its brother, The Dow.

The bull had several brushes with death throughout its long history, from debt crises to oil crises and interest-rate hikes, coming within arm’s length of the end, but never fully giving in until catching a lethal case of Covid-19 on February 19. Whether it was the fundamental economic complications from the illness or a panic surrounding it, history books will decide. But the selling contagion moved fast once it hit, taking just 16 trading days after its peak to finally give in, the fastest descent in history.

Coronavirus is most dangerous to the elderly, and indeed this bull was starting to show its age. A handful of preventative rate cuts in 2019 against the backdrop of what would turn out to be a shockingly strong economy sent household optimism soaring and the S&P 500’s forward valuations to the highest of the bull market yet. In its final days, the bull enjoyed record-breaking rallies in a handful of exciting companies that gave us a taste of a breathtaking future filled with space travel, self-driving cars and software stocks that would never stop changing the world.

Some will say it was untenable and that the bull was bound to collapse under such a heavy weight at such an old age. Others will say that improving economies and an amicable relationship between the world’s two biggest economies would be the source of a fountain of new youth and earnings around the corner.

But the black swan arrived. Doctors at the Federal Reserve and the White House tried to revive the bull in its final hours but it was too late. In an ironic stroke of fate, the bull’s long-time morphine seemingly turned to kryptonite, as emergency moves by the Federal Reserve no longer packed the punch of rescue-missions past and investors gave up hope. A collapse in oil prices turned pain to misery and a rush of selling ahead of an expected economic crisis sent it to its demise.

It passed surrounded by friends and family, including bitcoin, the Russell 2000, OPEC+, the Federal Reserve’s dual mandate, and eveyr scheduled sporting event in the United States. It is survived by near-zero yields and a parabolic chart in Treasury bonds, the highest VIX since the recession, and the worst day since Black Monday: Thursday, March, 12, 2020.

Next Stimulus: GOP Wants Stimulus Checks But Not...