Breaking
How to Run Nonprofit Marketing Ads
Entrepreneurs Are Bringing Transparency To Home Buying And...
Best Incentive To Get Vaccinated: Money, Messaging, Or...
Page Level Query Analysis at Scale with Google...
How A CIO Can Align IT With Business...
Blogger of the Month: Jo, Girl Eats World
6 Things Women In Business Know That Men...
How to Use First-Party Data for Ad Personalization
Pressing Reset—Putting A Fallen Unicorn Back On Its...
How We Went Viral: Promoting Content with Influencers,...
Blame Olympic Record Price Tag For Return To...
Apple iOS 14.5 Release: Should You Upgrade?
How to Come up with Podcast Topics and...
Why Gaming Gear Company Razer Launched A $50...
Technical SEO Implementations to Increase the Impact of...
30 Brilliant Ways to Market Your Eco-Friendly Shopify...
Home Business Euro 2020: Can Belgium And Its Golden Generation Go All The Way?
Business

Euro 2020: Can Belgium And Its Golden Generation Go All The Way? 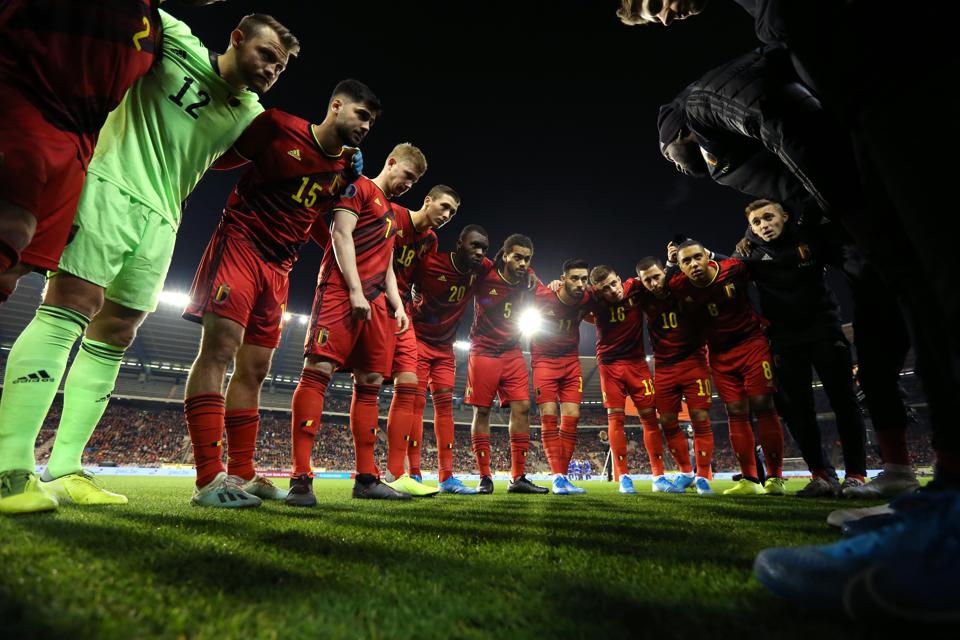 BRUSSELS, BELGIUM – NOVEMBER 19: Team of Belgium forms a huddle during the UEFA Euro 2020 Qualifier … [+] between Belgium and Cyprus on November 19, 2019 in Brussels, Belgium. (Photo by Vincent Van Doornick/Isosport/MB Media/Getty Images)

In Bucharest, Euro 2020’s unique organization with twelve host cities in twelve different countries, seeding and political separation of Ukraine and Russia left Belgium with few surprises during the tournament’s final draw. In Group B, Belgium was paired with Denmark, Russia and Finland, an easy draw that should allow the Belgians to progress to the knock-out phase with the confidence and credentials of a championship-winning outfit.

In 1980, Belgium last played the final of the European Championship, but at Rome’s Stadio Olimpico West Germany and its superb marksman Horst Hrubesch proved too strong for the Belgians, winning 2-1 in the dying minutes of the game.

At the last European Championship, Euro 2016 in France, Belgium disappointed. In the easy half of the draw Belgium steamrollered Hungary 4-0 in the round of sixteen with a leading role for Eden Hazard, but that superlative performance was deceptive. In the last eight Belgium was found out by Wales. In a 3-5-2 formation the Welsh exposed the Belgian defense. The team of coach Marc Wilmots had learned little from its opening game against Italy when it had no response to the same formation.

Exit Wilmots, enter Roberto Martinez. The Spanish coach opened his tenure with a 0-2 friendly defeat at home against his native country, a game in which many of Belgium’s deficiencies as a second-tier nation surfaced. Two years later, those doubts were dispelled when Belgium won the bronze medal at the World Cup in Russia in swashbuckling style after a superb group stage, a lucky escape against Japan and a tactical masterclass against Brazil. 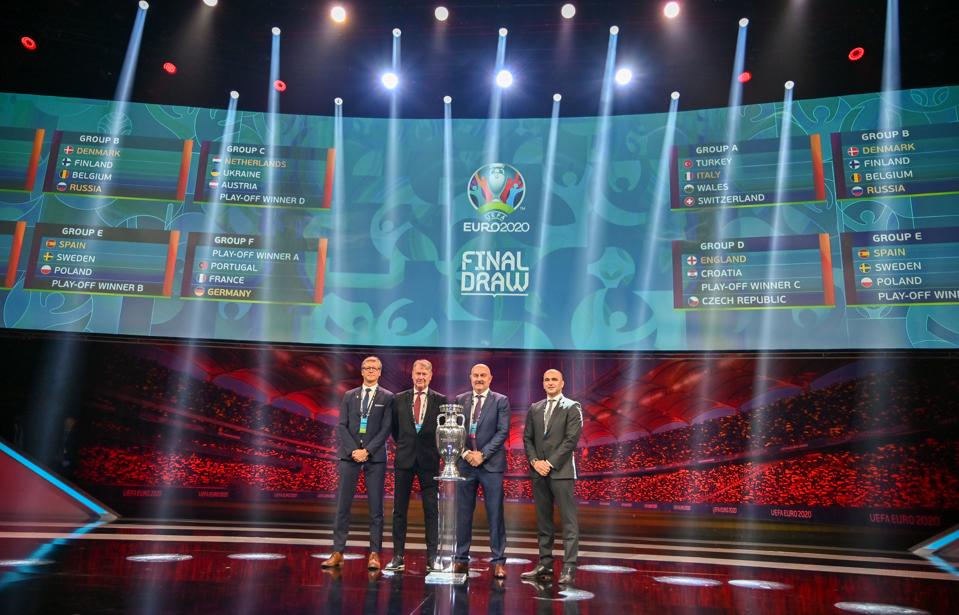 In the Euro 2020 qualifiers Belgium maintained a perfect record, winning its ten matches with a goal difference of +37. The team was imposing at home and applied good game management abroad. Not even Roberto Mancini’s Italy, which amassed 30 points as well in its group, toppled Belgium’s performance and record.

Yet the qualification campaign could have been misleading. In group I San Marino, Cyprus, and Kazakhstan were minnows, Scotland a perennial loser and Russia a faux challenger. Belgium was never tested and its qualification was a simple and logical consequence of the team’s superiority in all sectors of the field in every single game.

Despite its impressive qualifying record and third-place finish in 2018, Belgium has weaknesses. Martinez’s squad doesn’t have the depth that both France and Germany can boast of. Those countries can field two first teams, Belgium can’t. After the World Cup Marouane Fellaini and Moussa Dembele retired and Martinez didn’t retain Radja Nainggolan, which leaves precious few reserves – Simon Mignolet, Thomas Vermaelen, Youri Tielemans, Nasser Chadli, Michy Batshuayi, and perhaps newcomer Leander Dendoncker – who can deputize in the coach’s demanding 3-4-3 system.

Martinez has other worries as well. The backline is aging: Vincent Kompany (33), Vermaelen(34), Jan Vertonghen (33) and Toby Alderweireld (31) have all passed thirty and their backups lack the same quality and experience. Belgium won’t enjoy home advantage. A proposed national stadium in Brussels never materialized.

Those are the cons. The easy draw, the team’s tournament pedigree, marquee players Kevin De Bruyne and Hazard, and striker Romelu Lukaku’s resurgent form at Inter Milan can’t be discounted. The team tops the Fifa ranking as well, a reflection of its consistency under Martinez. In all, Belgium is a top favorite to reach the Euro 2020 final at Wembley on July 12 and compete for the Henri Delaunay Trophy, 30 years after its last and only final. Martinez admits as much and knows that Europe will be watching with keen interest once Belgium kicks off its Euro 2020 tournament on June 13 against Russia in Saint Petersburg.

Mindset Matters: How The New Power Brokers of Hollywood Are Influencing The Leadership Of The Industry