Breaking
How To Get Your Startup Business Off The...
How To Create A COVID Safe Construction Site
How to Make a Good First Impression at...
How To Retain Your First Startup Product Users
China Shipments To The U.S. Are 7 Times...
Reviewing ‘The iPhone Of Air Conditioners’
AARP BrandVoice: The Doctor Will See You Now,...
ThoughtSpot’s New Cloud-Based Tool Aims At Boosting Growth...
10 Ways Service-Based Businesses Can Generate Positive Word-Of-Mouth...
A Customer-Centric Culture Starts By Embracing This One...
Report: Struggling Black-Owned Businesses Need More Government Grants
Why The Fed’s Outlook Paints A Sobering Picture...
As The End Of 2020 Approaches, The Cybersecurity...
Do Businesses Have A Role In Solving Poverty...
Young And Powerful: She The Change
Want To Attract (And Keep) The Right Clients?...
Best Legal Practices For Reopening Sports Venues During...
Why Now Is A Good Time To Start...
Here’s Why Texas Instruments’ Stock Growing Almost 2x...
Home Technology Europe Reacts To Historic U.K. Election: ‘Hurricane Boris, Brexit Triumphs’
Technology 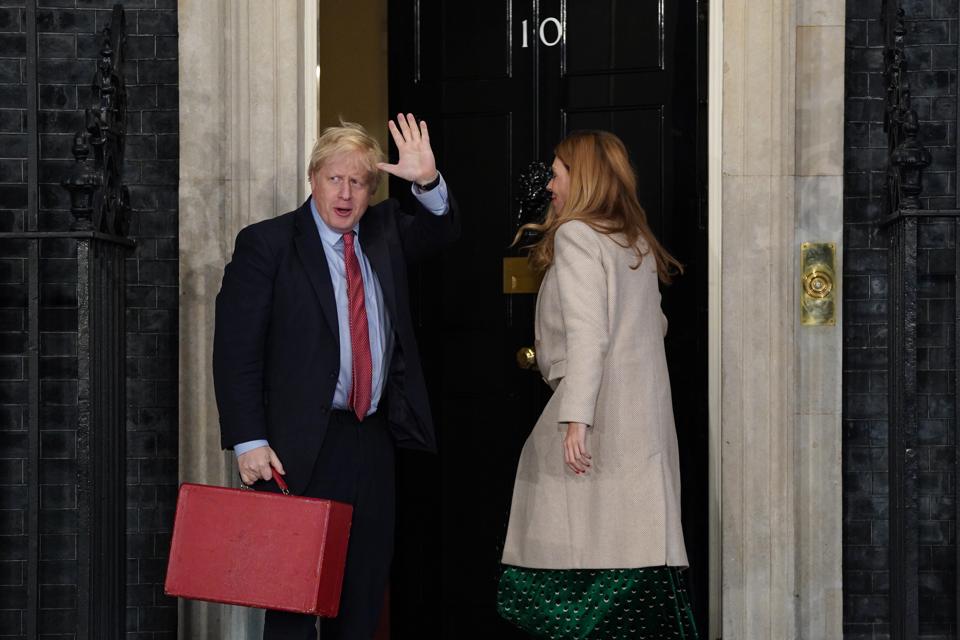 The magnitude of the victory of Boris Johnson’s Conservative Party was felt across Europe as the result of the U.K. general election confirms the prospect of Brexit next month.

All major newspapers on Friday remarked on the size of the majority won by the current prime minister—at least 364 seats in total, an increase of 66—as well as its implications for Brexit, which is now almost certainly going to happen by the January 31 deadline.

In Germany, the Suddeutsche Zeitung titled “Tories win absolute majority” on the newspaper’s front page, while the online version focused on the future of the U.K. and the European Union: “Brexit is coming.”

In France, the U.K. election didn’t feature predominantly on the newspaper’s print version, but dominated the homepages of all major publications across the political spectrum: “Brexit will happen on January 31, pledges Johnson after his victory,” reads Le Figaro, as Le Monde called Johnson’s victory “historic” and Liberation too remarked on Johnson’s “triumph.” 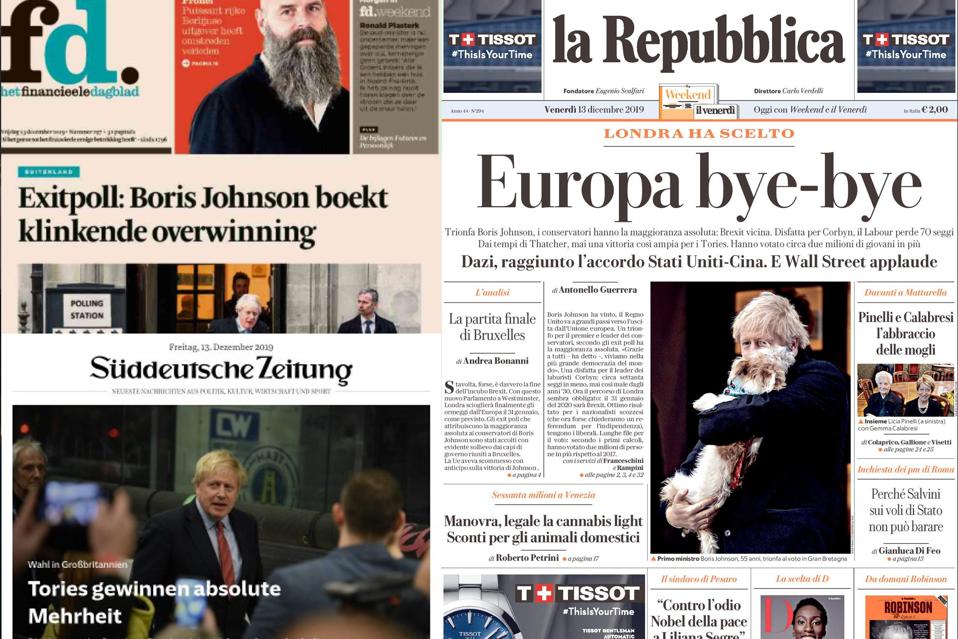 Similar headlines remarking on the election result were to be found in the Netherlands, where the financial newspaper Het Financieele Dagblaad noted the exit polls prediction of a “resounding victory” for Johnson. On its homepage, the newspaper wrote: “British voters give Boris Johnson mandate to deliver Brexit.”

The huge losses—at least 42 seats—suffered by the Labour Party also made headlines across the continent, where center-left parties have also suffered major defeats or failed to gain strong majorities in recent elections.

Denmark’s Politiken features several stories remarking on Labour’s defeat: “There are no words right now to describe how terrible the future looks for Labour,” one comment piece reads, while another article focuses on “the most startling election results: Labour constituencies turn blue for the first time since 1922.” Another story sums it all up: “Boris Johnson landslide victory is a good day for Brexit and a farewell to Jeremy Corbyn.”

Spanish newspapers like El Pais and El Mundo are among the few in Europe to focus on another key result of the evening—the 13 seats gained by the Scottish National Party led by Nicola Sturgeon, who wants a new independence referendum.

As Spain deals with its own independence movement in Catalonia, they’ll closely be following what happens in Scotland.