Europe’s Auto Sales Sliding, But Profits Will Be Under More Pressure 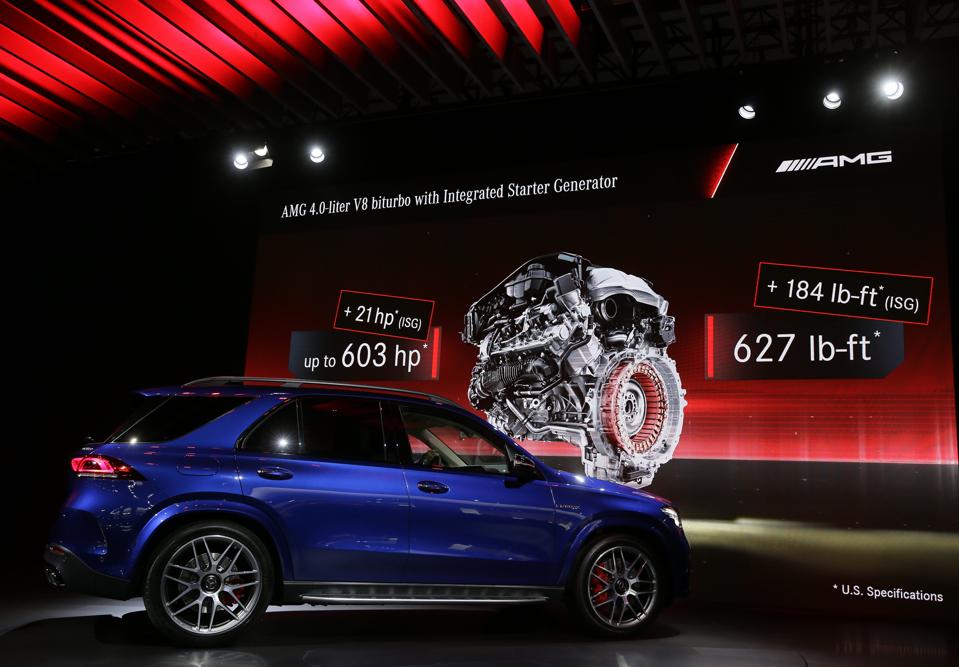 Europe’s car sales will fall in 2020 by 2% after 6 consecutive years of growth, according to the European Automobile Manufacturers Association, but it didn’t address the main cause of the weakness, the European Union’s (EU) tightening CO2 rules which dictate an average fuel consumption of 92 miles per U.S. gallon by 2030.

In a statement from Brussels Wednesday, outlining a plan for carbon neutrality by 2050, the association’s president Michael Manley predicted the shrinking market. The association is known by its acronym in French, ACEA.

Investment researcher Evercore ISI has said new EU CO2 rules will have a major dampening effect on sales this year, which it predicts will fall 3%, with Germany, Europe’s largest market, down about 6% and France perhaps 4% lower. Other forecasters are ratcheting down their numbers.

“At the very time when our industry is massively stepping up investments in zero-emission vehicles, the market is set to contract – not only in the EU but also globally – so the transition to carbon neutrality needs to be very well managed by policy makers,” Manley said. Manley is also CEO of Fiat Chrysler Automobiles. 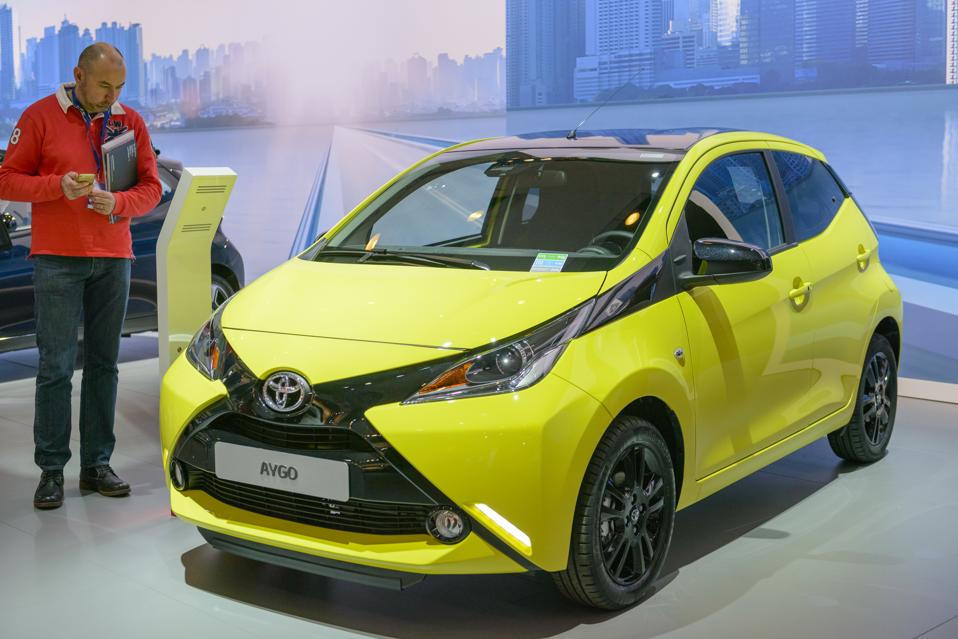 It’s so hard making money with small cars in Europe, Toyota shares the Aygo production line with the … [+] Citroen C1 and the Peugeot 108. (Photo by Sjoerd van der Wal/Getty Images)

Failure to meet these demands will inflict possible existential damage on many mass automobile manufacturers in Europe because swingeing fines will be imposed, while it will also cost huge amounts of capital to develop the technology.

Investment researcher Jefferies has said if the European auto industry makes no progress in curbing CO2 from 2018 towards meeting the EU’s 2020/21 regulations, it faces fines totalling the equivalent of $36 billion, twice its estimated profits, and could be forced to raise prices by up to 10%. Auto industry CO2 actually rose in 2019.

The EU rules are already distorting the market. Towards the end of 2019, manufacturers were withholding scarce electric cars so as to gain maximum traction in meeting the CO2 rules for 2020, while bringing forward sales of gas guzzling high-performance models, which might not be sellable at all from now on. In 2020, manufacturers will have to push forward low priced and low profit margin small cars to make sure they achieve the overall CO2 rules, while also pushing expensive battery-only or plug-in hybrid vehicles. It’s likely they will make losses on both categories of vehicles, so the prospect for 2020, and beyond, is not only lower sales, but plunging profits.

Instead of criticising the EU plans, or seeking some kind of mitigation, Manley proposed his own long-term 10-point plan (www.acea.be) to help implement what he called the European Green Deal.

“One of the biggest drivers of change for our sector is the need to address environmental concerns. The good news is that carbon-neutral road transport is possible and together – with a holistic approach – we can reach it by 2050. But that also means a lot needs to change in the next few decades,” Manley said.

Many European countries have called for a carbon-free environment by 2040, and a few have declared 2030 as the appropriate date.

“Firstly, we believe in choice for all. Policy makers should help drive the best possible results by remaining technology neutral – in other words, without imposing specific technologies or banning vehicles that can still deliver CO2 reductions,” Manley said.

But most experts agree the 2030 targets will require a huge share of battery-only vehicles, with plug-in hybrids not effective beyond the 2025 level.

Manley said a dense network of charging points must urgently be rolled out across the EU to support the deployment of alternatively-powered vehicles. This is one of the single most important enabling conditions for achieving carbon neutrality, according to the industry, Manley said.

Government subsidies will also be required.

“New low-emission technologies are expensive and will remain so for the foreseeable future. To ensure that the higher prices do not slow down fleet renewal, ACEA is also calling for consistent and economically-sustainable incentive schemes for users of both cars and commercial vehicles,” Manley said.

“Above all, we believe that road transport and mobility must remain affordable for everybody, regardless of where in Europe they live or their financial means. Likewise, the European Commission’s Green Deal should also be used as a means to strengthen the global competitiveness of our industry,” Manley said.

Meanwhile new EU Commission leader Ursula von der Leyen has announced current targets for emissions reduction of 40% below 1990 levels by 2030, should be raised to at least 50%, suggesting the already difficult to attain standards for the auto industry will be even harder to achieve.

Everything Coming To Netflix In February 2020 — And What To Watch

Before You Change Your Investment Portfolio, Consider These 14 Things

Why You Should Create A Prototype For Your...