Everton Buoyed By Ferguson Presence As Kovac Watches On 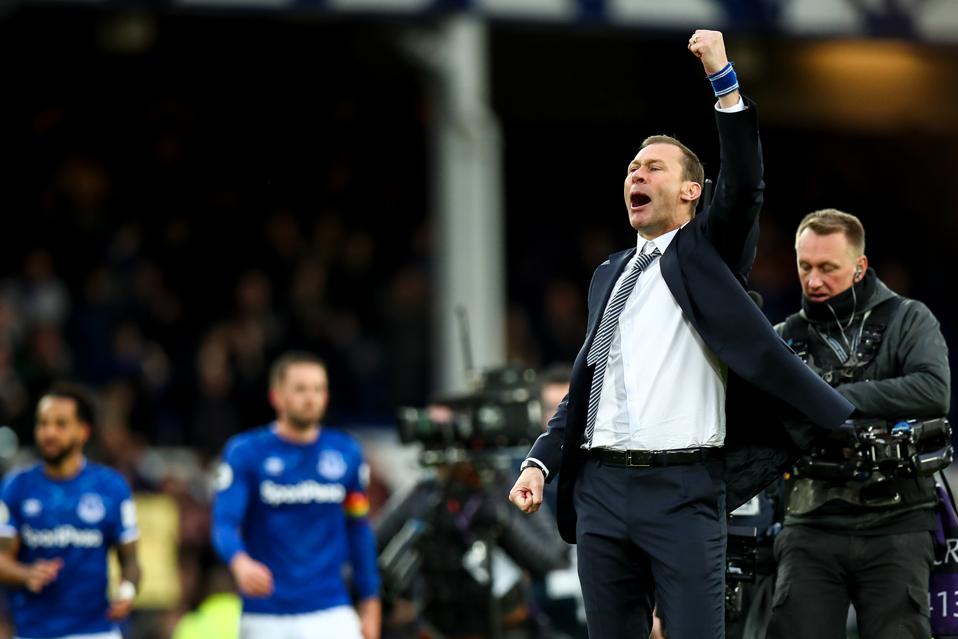 “It’s not about me, it’s about Everton,” insisted Duncan Ferguson after overseeing a buoyant 3-1 victory against Chelsea, but it is difficult to overlook the aura he alone created around Goodison Park before, during, and after this game.

His song was played in the stadium prior to kick-off, and supporters carried this on throughout.

Despite being installed only as an interim head coach this week, he was presented to the fans ahead of the game as if he was the new permanent manager. But he needed no introduction to the Everton faithful.

Everton began the game with two strikers playing through the middle, very much in the Ferguson style.

Within five minutes they were ahead. A cross from the right from Djibril Sidibé found Richarlison, who rose highest to head convincingly past Chelsea goalkeeper Kepa, very much in the Ferguson style.

Ferguson chose two strikers in an attempt to rouse the home crowd which has been frustrated with the lack of enterprise their side has shown recently.

“I had it in my mind, and obviously with it being at Goodison it maybe gets the fans up for it when it looks like you’re a bit more attacking,” he said of his 4-4-2 formation.

“I thought they worked well, the two strikers, because you can get a little bit more pressure on the ball.

“I think we did that. We closed off the inside passes and tried to force them wide, and when they went wide we made sure we pressed them.” 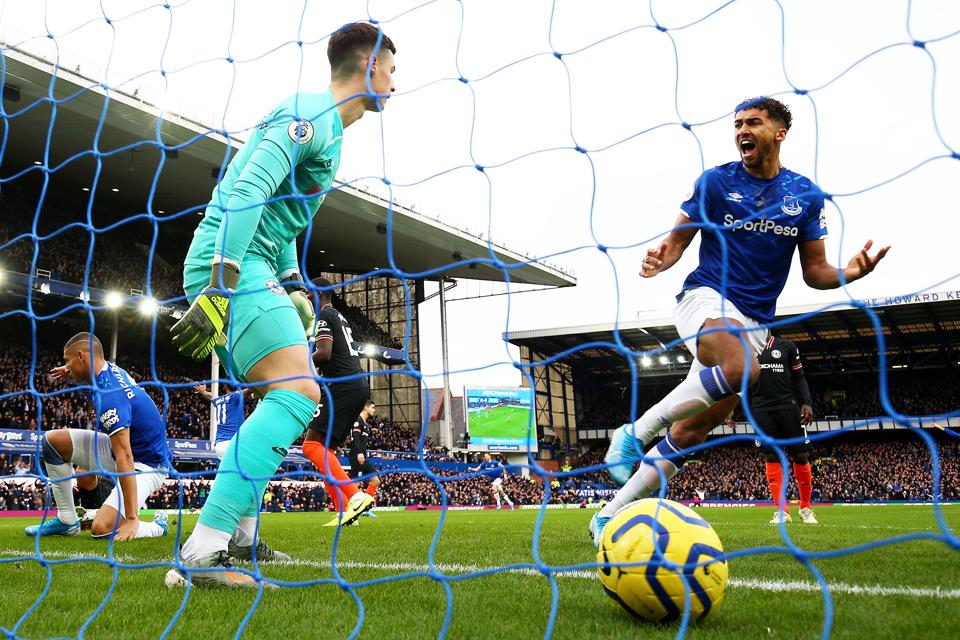 There was positive intent on and off the ball, which was useful as Everton spent much of the game without it. They finished their afternoon’s work having had just 30% possession, but there was a relentless intensity about all of their play.

Sky Sports’ Adam Bate pointed out that: “Everton made 37 tackles against Chelsea. The most by any team in the Premier League this season and the most that Everton have made in a Premier League game all decade.”

Ferguson reflected this on the touchline, rousing the fans as much as his players, sprinting down the touchline to celebrate his side’s second goal, scored by Dominic Calvert-Lewin at the beginning of the second half.

When asked if he would like the job on a permanent basis, he joked: “I don’t know if I could go through this again, to be honest with you. I would need to get my fitness up that’s for sure, the way I was running up and down the touchline!” 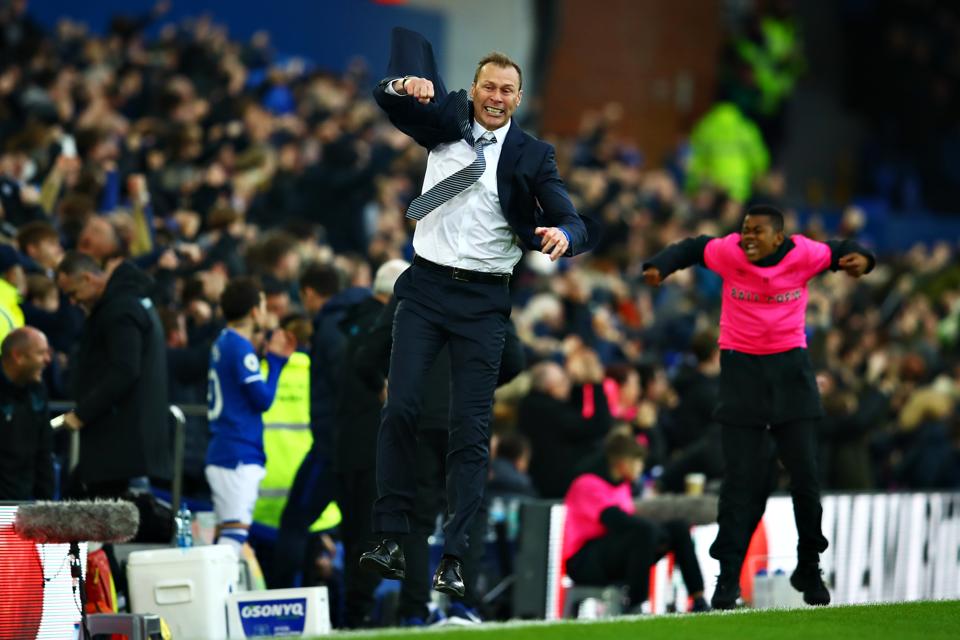 Chelsea pulled one back, but another trait missing from Everton in recent weeks, months, maybe years, is resilience, and they showed that here.

Midfielder Tom Davies replaced one of the strikers, Richarlison, but still played an attacking role in support of Calvert-Lewin whose second goal rounded off this victory and further enhanced the feel-good factor around the ground.

Ferguson was applauded off, hanging around on the pitch to thank the fans after the final whistle. He enjoyed every second of it.

Goodison Park hasn’t felt like this for a long time. The supporters were in good spirits and behind the scenes there was a sense of optimism as well as plenty of congratulations for the popular caretaker boss.

Former Bayern Munich head coach Niko Kovac sat in the stands, and in doing so added his name to the list of potential permanent replacements for Marco Silva who was sacked last week.

“I’m sure he enjoyed the game,” said Ferguson when asked about the possibility of Kovac taking over.

“Whoever it is they are coming to a fantastic football club. When our fans produce an atmosphere like that and they get behind the team, it’s a fantastic club for anybody to take over.”

It was passionate display inspired by a passionate head coach, and sees Everton lift themselves out of the relegation zone.

Ferguson may not be given the job on a permanent basis, but his presence on the touchline against Chelsea showed Farhad Moshiri and Bill Kenwright—Everton’s owner and chairman who watched on from the stands, not too far from Kovac—the type of manager they need to employ.

Whoever it is will struggle to match the natural enthusiasm and energy the Scotsman sent around this old stadium during this much-needed victory, and he’s definitely given those whose job it will be to appoint the new head coach, something else to think about.