Breaking
What You And Your RTO Business Need To...
4 SEO Trends for Websites You Should Not...
3 Reasons Why Desk Booking Is Rising In...
8 Tips to Play & Win at Online...
How can software benefit facility management?
Do Professional Casino Players Pay Taxes for the...
Becoming a Trading Expert: What Is the Best...
Dos and Don’ts for B2B Organisations in 2022
Should your business be using Machine Vision?
Colour Masterbatch vs Raw Pigments – Which Is...
Keeping your business moving as you expand online
Top Four Celebrities Who’ve Invested In Cryptocurrency
Why is Cloud Computing Tipped to be the...
How to Raise Money for Non-profit Organizations in...
Choosing the right theme for your WordPress Business...
A Guide to Using Celebrities to Promote Your...
Home General Everything We Know About ‘Rainbow Six Siege’s’ Next Season, Operation Shadow Legacy: New Operator “Zero”, Launch Date, Ping 2.0 And More
General 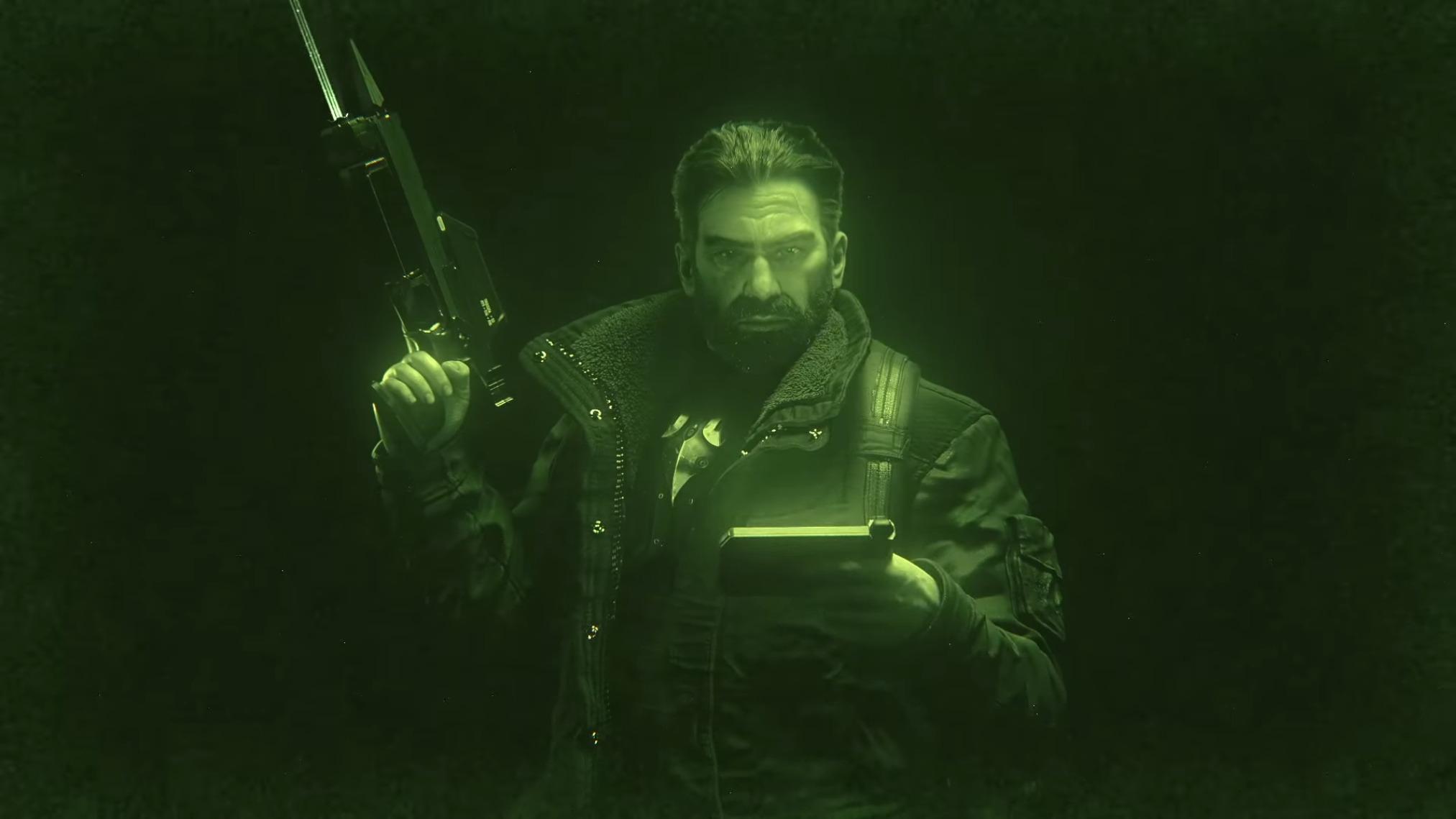 Rainbow Six Siege’s next season, Operation Shadow Legacy, brings with it one of the biggest crossovers the game has seen in its entire existence, with the addition of Splinter Cell’s Sam Fisher as a brand new Operator to play as. Not only does Sam ‘Zero’ Fisher join Team Rainbow, a whole host of quality-of-life overhauls are coming this way too. Here is everything we know about Rainbow Six Siege’s Year 5, Season 3: Operation Shadow Legacy.

Who are Operation Shadow Legacy’s new Operators? Who is Zero?

Right now, we only know for sure about one of the two, and that is, of course, Sam Fisher of Splinter Cell fame. Appearing under the callsign ‘Zero’, Fisher is a medium speed, medium armor attacker armed with an SC3000k, which is more or less the weapon he’s been using since the first Splinter Cell game. He can also use the MP7 rifle and a 5.7 USG handgun with a built-in silencer as his sidearm.

Kitted out for collecting intel, Zero’s main gadget is the Argus Launcher. When it fires at a breakable or a reinforced surface, it provides a camera that can provide vision on both sides, making it one of the most malleable and adaptable cameras in the game so far. Alongside giving a peek into the enemy’s defences, each Argus projectile can fire a single laser that can either deal damage to the enemy team or, more helpfully, destroy enemy gadgets. The trailer shows the Argus easily taking out Kaid’s Rtila Electroclaw, disarming a reinforced surface.

The Argus Launcher does have a few big downsides, though. Ironically for such a stealth-focused character as Sam/Zero, it is quite a noisy gadget, letting off that famous Splinter Cell night-vision noise when it is placed. They’re vulnerable to enemy attack and can be scrambled by any equipment that would normally deal with cameras or enemy gadgets, such as Mute’s signal disruptors, and any surface electrified by Kaid will destroy and Argus camera.

Interestingly, this new season hasn’t shown off anything to do with a new defence operator. I have contacted Ubisoft for comment on this, as it would be the first season in the game’s history to only feature one new operator. It would also unbalance the playable roster’s attack-to-defence ratio for the first time.

We can expect Zero to be available for Year 5 season pass holders the usual seven days before he becomes available for purchase with renown or R6 credits to all players. Everything else in Operation Shadow Legacy, such as the Ping 2.0 overhaul and the Chalet rework, will be available to everybody from day one.

What is Operation Shadow Legacy’s Ping 2.0?

One of the big game overhauls coming in Rainbow Six Siege’s Operation Shadow Legacy is Ping 2.0. Following in the footsteps of games like Apex Legends, Ping 2.0 greatly improves the ping system to provide contextual information to your team without having to go onto voice or text chat.

Moreover, each player on the team will be assigned their own ping number, which will let you identify not only what is being pinged, but who is pinging it. Whether it’s a ping made in-person or through a drone or camera (including Zero’s Argus camera), it will provide a greater amount of information than in the current system.

It does seem to still be quite a simple ping system compared to Apex Legends or Hyper Scape, focused more on pointing out what is already there and not issuing or responding to commands. But in a game so focused on communication, it’s a nice change for those of us who hate having to talk.

What are the new optics? Where is the ACOG in Operation Shadow Legacy?

Rainbow Six Siege’s most popular weapon sight, the ACOG, is getting reimagined in Operation Shadow Legacy. Alongside a number of new optics, with their own benefits and new magnification levels, the ACOG is being reworked as the Scope 2.5x.

This isn’t just a few new sights and a tweaked classic, though, it’s an entire overhaul of the optics system. Red Dots and holo-sights are being reworked, and Ubisoft is adjusting which sights on which weapons are available to each Operator. Expect your favourite loadouts to change once Operation Shadow Legacy comes out.

Best of all, reticules are now customisable, similarly to how they are in games like Counter-Strike: Global Offensive. You can change the colour and opacity, as well as new colorblind options for extra accessibility options.

What is the Reinforcement Pool in Operation Shadow Legacy?

Before Shadow Legacy, Rainbow Six Siege gave each defender their own amount of reinforcement kits to use on walls, doors and hatches. However, many people (myself included, because I’m an idiot) tended to forget to use them, putting the team at a disadvantage.

And so, with Shadow Legacy, reinforcement kits are now a shared pool with 10 kits available for use by any member of the team. That means roaming characters can get on with roaming, and players who prefer to hunker down can do so more freely and without having to make a decision between which surfaces they reinforce.

To make up for the vastly more efficient reinforcement process, attackers have access to a new hard breaching secondary gadget. Up to now, only a handful of attackers, such as Hibana, Maverick, or Operation Steel Wave’s Ace, were able to hard breach (break through reinforced surfaces). With this new gadget, almost any attacker can become a hard breacher, though it is noisy, takes quite a while, and can be easily countered the same way as most other gadgets.

How is Thatcher’s EMP Grenade changing in Operation Shadow Legacy?

Original operator Thatcher is getting a significant nerf in Operation Shadow Legacy, as his EMP grenade will no longer destroy enemy gadgets. Instead, it will simply disable them for (or, in the case of Lesion’s mines, reveal it) for a limited period.

This means a greater amount of teamwork will be required, for instance when putting the new hard-breaching tool on a wall electrified by Kaid. Thatcher will need to throw the EMP, and during that downtime the breaching tool will need to be deployed and detonate. Any wrong timing and the gadget will re-enable, destroying the breaching gadget.

This is sure to be quite a controversial nerf, but Thatcher’s ability to just wipe out gadgets so easily was something that definitely needed to be toned down.

This is a feature that’s been requested for Rainbow Six Siege since before day one: the ability to re-watch your previous matches from a number of perspectives. With Operation Shadow Legacy’s test server, it is finally being implemented, although it will still be an experimental feature that Ubisoft is describing as being in alpha.

Up to twelve of your previous matches will be re-watchable from both your and any other player’s perspective. There’s also a nifty top-down camera mode that lets you get a birds-eye view of the match to analyse player placement better.

While Ubisoft points out the obvious uses of recording frag videos and learning from your own mistakes, this will also make identifying and reporting hackers so much easier.

Which map is getting a rework in Operation Shadow Legacy? What is Map Ban?

With each season comes a complete overhaul of one of Siege’s older maps, and this time it is Chalet’s turn for a facelift.

Emphasising player maneuverability, the Chalet rework will enable you to rappel all the way up and on to the roof, allowing for more unpredictable points of entry. To reflect this more vertical approach, the balcony by the master bedroom has been turned into an indoor area with a new staircase that connects it to the trophy room. The basement also has more rotation opportunities, as a new corridor connecting both bombsites will be added. There’s also a new window above the garage door, massively reducing its choke point capabilities for the attacking team.

As the name suggests, Map Ban is a new feature coming to both ranked and unranked game modes that allows players to vote on which maps should be banned in the next match. I’m not sure how I feel about this, as it feels like another thing to sit through before playing (like the endless Operator pick-ban system) and could just result in the same handful of maps being played forever.

What is the launch date for Rainbow Six Siege’s Operation Shadow Legacy?

A definitive date for Operation Shadow Legacy hasn’t yet been announced, although we can be certain it will be in the next few weeks.

As with each season, there will be a testing period available for PC players through the Test Server client. To access this, go to the Uplay Client and download “Tom Clancy’s Rainbow Six Siege – Test Server”.

How To Get Started In E-Commerce: A Procrastinator’s Guide