Breaking
Mayo Clinic And Kaiser Permanente Invest $100 Million...
MozCon Virtual 2021 Interview Series: Wil Reynolds
Commodity Spikes May Be Close To Peaking, Futures...
Benefits of Responsive Web Design
ESBC Major Updates: Tons Of Heavyweight Greats Added...
5 On-Demand Courses To Help Develop Your Leadership...
How to Run Nonprofit Marketing Ads
Entrepreneurs Are Bringing Transparency To Home Buying And...
Best Incentive To Get Vaccinated: Money, Messaging, Or...
Page Level Query Analysis at Scale with Google...
How A CIO Can Align IT With Business...
Blogger of the Month: Jo, Girl Eats World
6 Things Women In Business Know That Men...
How to Use First-Party Data for Ad Personalization
Pressing Reset—Putting A Fallen Unicorn Back On Its...
How We Went Viral: Promoting Content with Influencers,...
Home Technology Everything You Need To Know About The Wuhan Coronavirus Outbreak
Technology

Everything You Need To Know About The Wuhan Coronavirus Outbreak 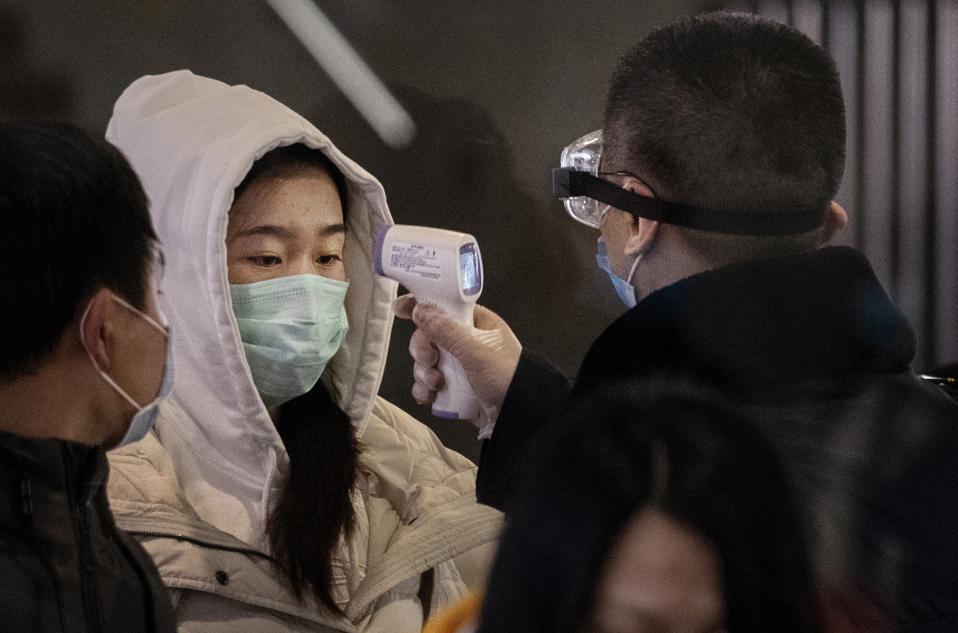 BEIJING, CHINA – JANUARY 23: A Chinese passenger is checked for a fever by a health worker in … [+] Beijing. (Photo by Kevin Frayer/Getty Images)

The World Health Organization decided on Thursday not to declare the current Wuhan coronavirus outbreak a global health emergency. “”Make no mistake. This is an emergency in China, but it has not yet become a global health emergency,” WHO Director General Tedros Adhanom Ghebreyesus said. “We are completely committed to ending this new coronavirus outbreak as soon as possible. And I will not hesitate to reconvene the committee at a moment’s notice.”

In the mean time, here’s everything you need to know about the virus, how it could impact travel and commerce, and what’s going to happen next.

Chinese authorities have so far said that almost 600 people have become infected and 17 people have died from the newly identified disease since it was first identified on Dec. 31. The outbreak started in the city of Wuhan and has so far spread to seven other countries, including South Korea, Japan, Taiwan, Thailand, Saudi Arabia, Vietnam and the U.S. Disease modeling experts from Imperial College, London suggest China’s case numbers are conservative, issuing a report on Wednesday stating that 4,000 people could currently be infected.

What Is A Coronavirus?

Coronaviruses are a family of viruses that cause infections in the respiratory system. There are seven known coronaviruses, including the newly identified  2019-nCoV. SARS (Severe Acute Respiratory Syndrome) was the coronavirus behind a deadly outbreak from 2002 to 2003, which infected  8,098 people and killed 774. MERS (also called Middle East Respiratory Syndrome), first identified in 2012, is another recent and ongoing coronavirus outbreak, with cases reported as recently as this week. Of the 2,494 cases and 858 deaths associated with MERS, most occurred  in the Arabian Peninsula. The Wuhan coronavirus is different from these diseases, however, and it has never been seen in people before. 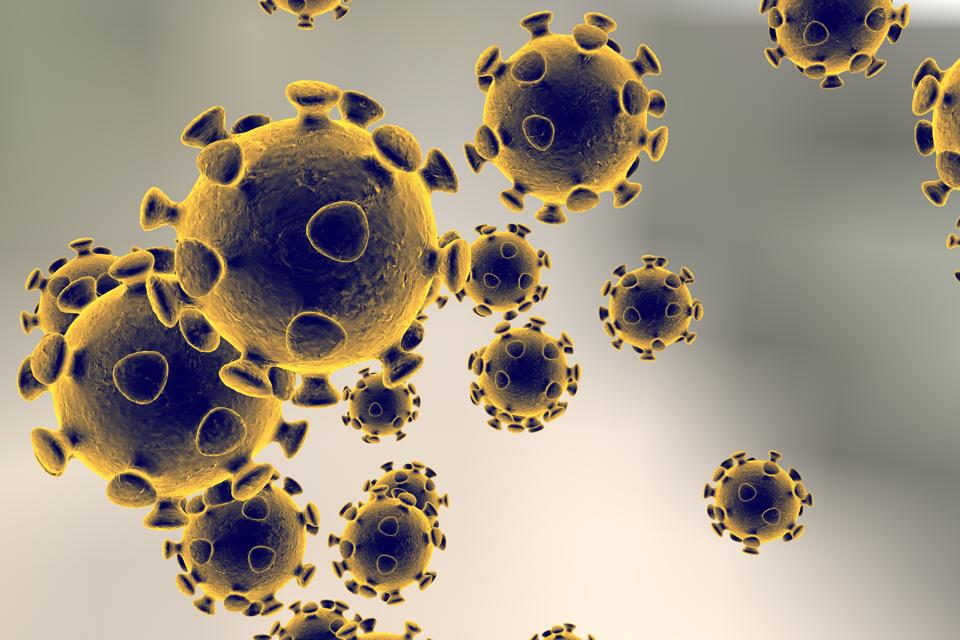 3D illustration of a coronavirus.

How Deadly Is This Disease?

The short answer is, we don’t know. If you look at the number of people reported to be infected (approximately 600, though this number is sure to rise) and compare to the number of deaths (17), you can calculate a number called the case fatality rate, which describes how deadly a disease is. Right now, the case fatality rate is a little under 3%. That means that 3% of people who become infected with the new coronavirus die. But this number is almost meaningless right now, since we don’t really know yet how many people are infected and how many deaths will occur in the coming weeks. One thing we do know: like many other illnesses, 2019-nCoV patients are more likely to die if they are old or suffer from other diseases.

How Did The Outbreak Start?

The Centers for Disease Control and Prevention (CDC) says that initial cases of 2019-nCoV are linked to the Hua Nan Seafood Market in Wuhan. The outbreak likely started from a “spillover” incident when the virus was passed from animal to human. These spillovers happen through close human-to-animal contact, especially in markets where live and dead animals are sold for food. Ebola likely spilled over to humans from bats and nonhuman primates, MERS spilled over to humans from camels, and SARS spilled over from palm civets, small mammals considered a delicacy in China. The Wuhan market was shut down on Jan.1 to limit the spread of 2019-nCoV, but more cases have since been identified, meaning the virus can also be spread from person-to-person.

So Why Have I Been Hearing About Snakes?

In an academic article published on Wednesday, Chinese researchers reported genetic similarities between 2019-nCoV and a coronavirus found in snakes. Notably, this article is a preprint and hasn’t yet been peer-reviewed or vetted in any way. What’s more, other  scientists are skeptical on whether a virus can jump between cold-blooded and warm-blooded hosts. So the snake theory is just that: a theory.

How Does The Disease Spread? Should I Start Wearing A Mask?

Scientists are still trying to figure this out. It’s not clear how the virus is transmitted, or how easily it can move from person-to-person. We do know that it moves from person (not just animal to person) because at least 15 health workers in Wuhan caring for sick patients have also become sick, and some of the infected never visited the seafood market. Coronaviruses typically spread through the air when a person sneezes or coughs. If this disease works the same way, face masks might offer some protection. The type of mask matters, though. Face masks with respiratory valves are more effective than regular paper surgical masks, though the latter is better than nothing. Since the droplets from coughs and sneezes tend to end up on surfaces other people touch, frequent hand washing is also a good idea.

I Live In North America, Should I Be Worried?

According to the CDC, the  immediate health risk to the general American public “is considered low at this time.” Only one case of 2019-nCoV in the U.S. has been reported, a Washington man with mild pneumonia who the state’s department of health says is recovering well. The biggest risk for infection is people living in or traveling around Wuhan, China.

I Was Also Recently In China – Are There Symptoms I Should Look Out For?

The CDC advises doctors to look out for patients  who recently traveled to or near Wuhan and have a fever, cough and difficulty breathing,  symptoms that are similar to SARS and MERS. If you notice that these are also similar to the regular symptoms of pneumonia, you’re right. Cases of 2019-CoV are only confirmed at CDC labs.

A Major Holiday Is Coming Up In China – Could This Impact The Outbreak?

Saturday, January 25, will see Lunar New Year celebrations across China. Hundreds of millions of people are expected to travel to and from China in the coming days, which experts worry could accelerate the outbreak. 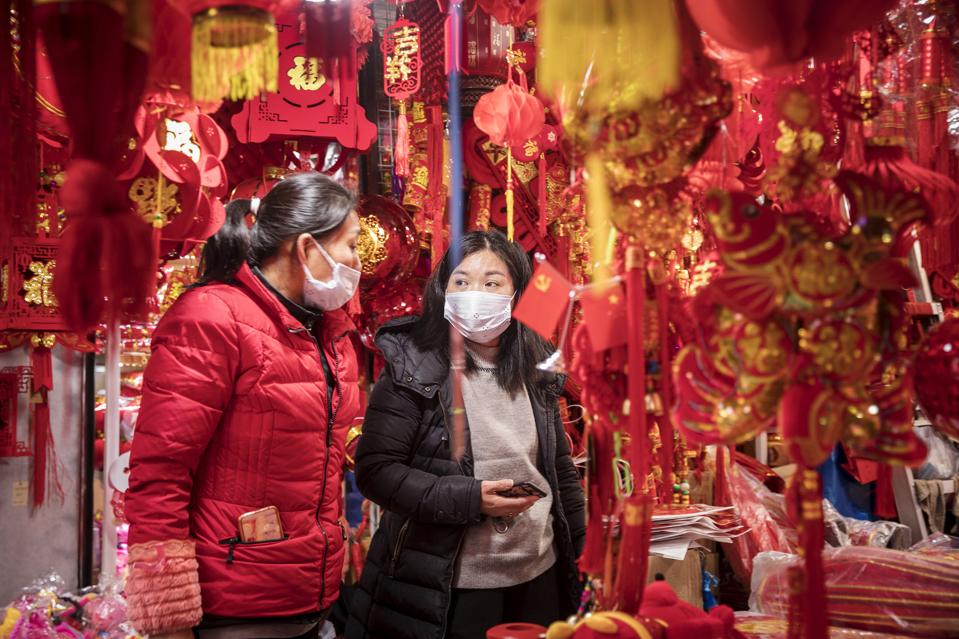 Women wearing protective masks stand among festive decorations in a store ahead of the Lunar New … [+] Year in Shanghai, China, on Thursday, Jan. 23, 2020. Photographer: Qilai Shen/Bloomberg

How Is This Outbreak Impacting The Global Economy?

In a memo to clients, Goldman Sachs predicted that reduced travel could result in a drop in oil prices, especially jet fuel. This week also marked the biggest fall in Chinese stocks in the past five months. Locally, Wuhan is losing revenue as qualifying matches for the 2020 Olympics have been moved out of the city. The Chinese film industry is also taking a hit, as seven films set to premier over the Lunar New Year Weekend were pulled from the box office to prevent large crowds.

What Steps Are Governments And Healthcare Companies Taking Next To Contain The Outbreak?

Right now, there is no specific treatment for 2019-nCoV, and no vaccine.

On Thursday, all travel to and from Wuhan shut down, including flights and passenger train services.Two other Chinese cities, Huanggang and Ezhou, are also on lockdown. In the U.S., all passengers arriving from Wuhan will be routed through international airports in five cities (Los Angeles, San Francisco, New York, Chicago and Atlanta) and screened for disease.

Moderna, a manufacturer of mRNA vaccines, announced on Thursday that it received a grant of an undisclosed amount from the Coalition for Epidemic Preparedness Innovations (CEPI) to begin developing a vaccine for the new virus.

Check back for updates as the situation progresses.