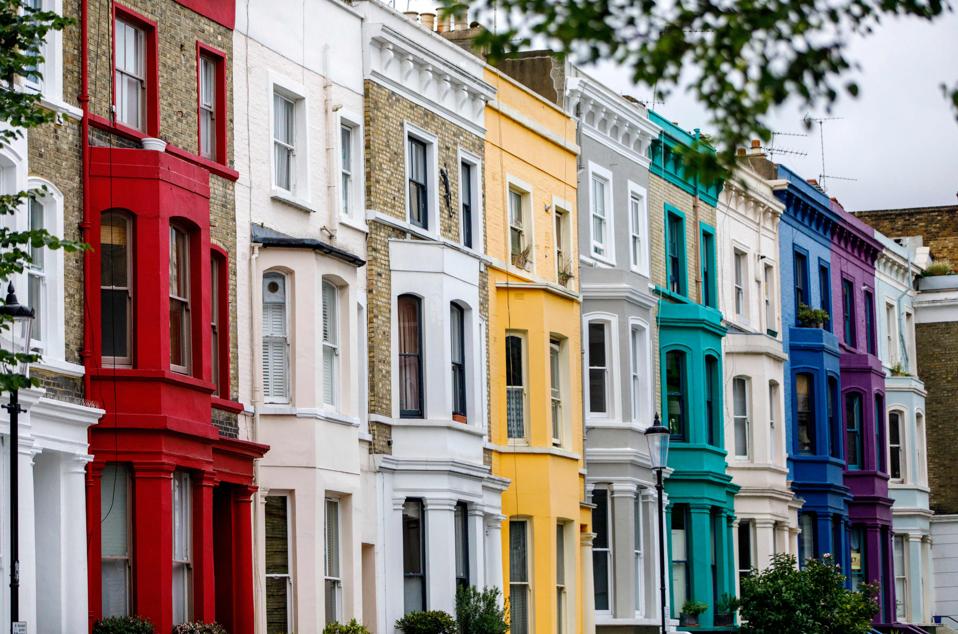 A row of painted houses is pictured in the west London

This week the UK announced mortgage holders could apply for a three month ‘mortgage holiday’ if they were suffering from financial hardship due to the widespread impact of coronavirus and, similarly, tenants who were unable to make rent payments would not be subject to eviction proceedings for the same length of time.

For homeowners the forbearance period does not mean they will be able to forgo these payments completely. Currently the plan states they will still be expected to pay the entire balance of the loan by the end of the term (whose end date may be pushed back because of the forbearance period) and interest will still accrue while in forbearance. To facilitate approval for forbearance the government plans to implement a fast track application process, but emphasizes this option is not going to apply to people who have a permanent reduction in income without a likelihood of returning to a normal payment schedule after June (when the three months are up). Those who are approved to delay payments will not have to worry about their credit score being impacted.

After criticism that this unfairly benefited landlords who could pause their mortgage payments while still evicting tenants, the government responded by proposing similar emergency legislation that would prevent landlords from starting eviction proceedings for the same three month duration. This law, though likely to pass, has not been approved officially so exact details on implementation have not been made clear. However the proposal implies renters will also be responsible for making up the back rent by stating, “At the end of this period, landlords and tenants will be expected to work together to establish an affordable repayment plan, taking into account tenants’ individual circumstances.”

The U.S. has also rolled out relief for mortgage and rent payments for federal programs. The Department of Housing and Urban Development will suspend evictions and foreclosures until the end of April. Freddie Mac and Fannie Mae have committed to a sixty day moratorium on evictions and foreclosures and a number of states have announced similar plans. Bank of America also revealed loan relief options for mortgage, home equity, auto and small business loans.

Note: Due to the way legislative decisions are made within the UK these policies apply to England And Wales, not Scotland and Northern Ireland (who will draft their own legislation if needed).

Global Economic Growth Is The Lowest In A...

The Future Of Music: Where It Is Today...