Dr. Ronny Jackson, a former White House physician whose nomination for Veterans Affairs secretary was derailed by allegations of abuse and misconduct, won the GOP nomination in a safe Republican U.S. House district in Texas after receiving President Trump’s endorsement. 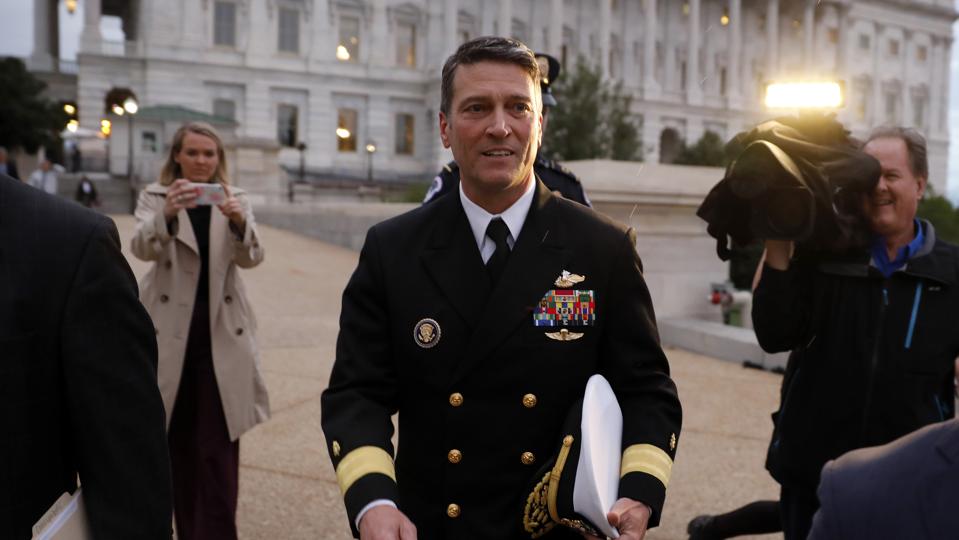 The Associated Press called the race on Tuesday evening with 87% of precincts reporting, with Jackson leading agricultural lobbyist Josh Winegarner by 11 points, 55% to 44%.

Winegarner finished a strong first in the state’s jungle primary in March, defeating Jackson by a near 2-to-1 margin but falling short of the 50% threshold to avoid a runoff.

But Jackson’s prospects in the runoff were lifted by an endorsement from Trump, typically a determinant factor in Republican primaries.

Jackson first made headlines as White House physician in 2018 when he gave Trump a surprisingly glowing bill of health, which was shortly followed by Trump tapping Jackson as veterans affairs secretary.

But Jackson’s nomination was derailed by allegations that he was frequently drunk on the job, abusive towards his subordinates and had a tendency to over-prescribe pills, earning him the nickname “Doctor Feelgood.”

Jackson positioned himself in the race as a firm supporter of Trump’s agenda, raising eyebrows when he echoed Trump’s conspiratorial “Obamagate” narrative, calling former President Obama, under whom he served for eight years, a “Deep State traitor.”

“I stand by my comments calling out President Obama’s administration for weaponizing our government to spy on President Trump and his supporters,” Jackson wrote. “I will never apologize for standing up to protect America’s national security interests and constitution freedoms, even if that means triggering liberals and the ‘mainstream media’.”

Jackson’s comments were met with surprise and anger from his former Obama administration colleagues. Former Deputy Chief of Staff Alyssa Mastromonaco tweeted that the statement left her “confused, angry, and heartbroken. I don’t recognize this version of Ronny at all.” Former communications staffer Tommy Vietor said that, during his time in the Obama White House, he “never heard [Jackson] make a partisan statement. So it’s really been sad to watch him debase himself by lying for Trump… to win a Congressional primary. Truly shameful.”

Jackson’s win marks another good result for Trump on Tuesday at a time when he needed a win. Trump-backed college football coach Tommy Tuberville prevailed over Ex-Attorney General Jeff Sessions in the Senate primary in Alabama after Trump endorsed Tuberville and slammed Session’s alleged disloyalty as attorney general. This comes after three Trump-backed candidates lost their nomination contests in the last month, dulling the luster of Trump’s endorsement in Republican contests. But Texas’ 23rd district is telling a different story: as of 10:20pm EST, Trump-backed candidate Tony Gonzales was trailing Raul Reyes, who is supported by Sen. Ted Cruz (R-Tex.), by 4 points with 84% of precincts reporting.

Jackson’s nomination makes him all but certain to become a member of Congress. According to Cook Political Report, Texas’ 13th district is the most Republican-leaning district in the country. Retiring Republican incumbent Mac Thornberry won reelection in 2018 with 81.5% of the vote.

Corked! Not A Bottle Of Wine But A...