Breaking
2021 CES Consumer Storage
Senator Marco Rubio Called Out Twitter For Its...
The False Narrative Of Bitcoin’s Role In Illicit...
Leading By Example Into The New Year
Why Ethereum Has Hit An All-Time High As...
How You Leave Will Shape Your Legacy
The Next Evolution Of Digital Mental Health Support
Paizo And Pinnacle Team Up For Savage Pathfinder
Mammoth U.S. Borrowing Needs Meet Lower Foreign Participation,...
This Leader’s Work To End The Organ Donation...
SAP BrandVoice: Re-Thinking Tax Reporting And Collection In...
What ‘Backs’ The Dollar? Easy: Production
How To Create A Bulletproof Patent
Here’s The Same Financial Advice Given To Mike...
Consumer Health And Wellness Needs Bring New Challenges...
The (Not So) Secret Science Of Whiskey Value...
Home Technology ‘Exceptional Measures’ – How Rocket Launches And Space Missions Are Being Affected By Coronavirus
Technology 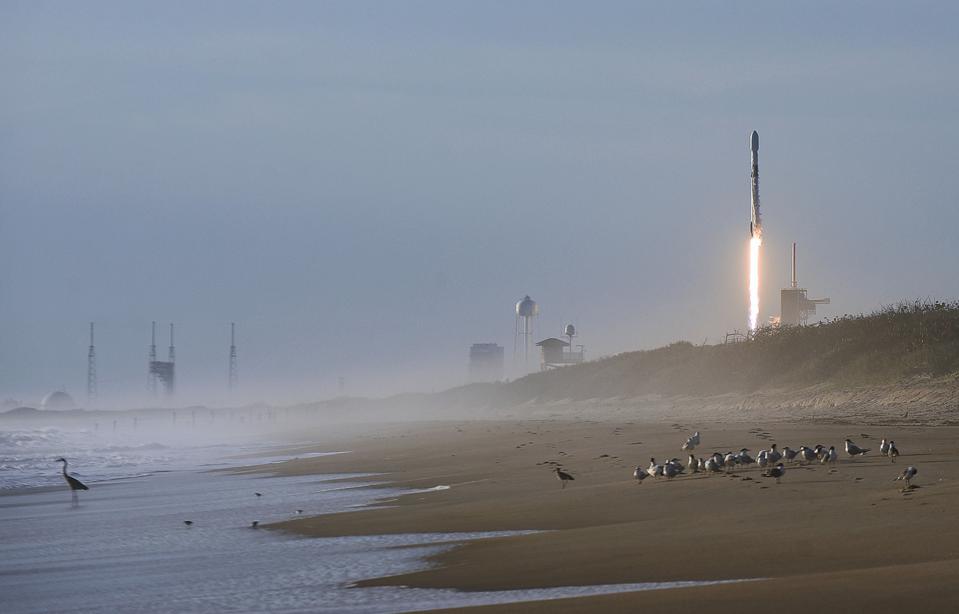 SpaceX launched its sixth Starlink mission yesterday, despite the pandemic.

As the coronavirus pandemic continues to spread around the world, many events and activities are being cancelled – and space is no exception.

Multiple rocket launches have been postponed in an effort to enforce social distancing and prevent the spread of the virus. However, others are still going ahead, with launches in various countries still on the agenda.

In the U.S., NASA has ordered all of its employees and contractors to begin mandatory teleworking. However, its staff responsible for keeping ongoing missions like the International Space Station (ISS) running are still being allowed onsite.

“Although a limited amount of employees have tested positive for COVID-19, it is imperative that we take this pre-emptive step to thwart further spreading of the virus among the workforce and our communities,” NASA Administrator Jim Bridenstine said in a statement.

In a separate statement, Bridenstine added that preparations were continuing for the upcoming Mars Perseverance rover mission, due to launch to Mars in July, along with development of the JWST and Space Launch System (SLS) rocket. 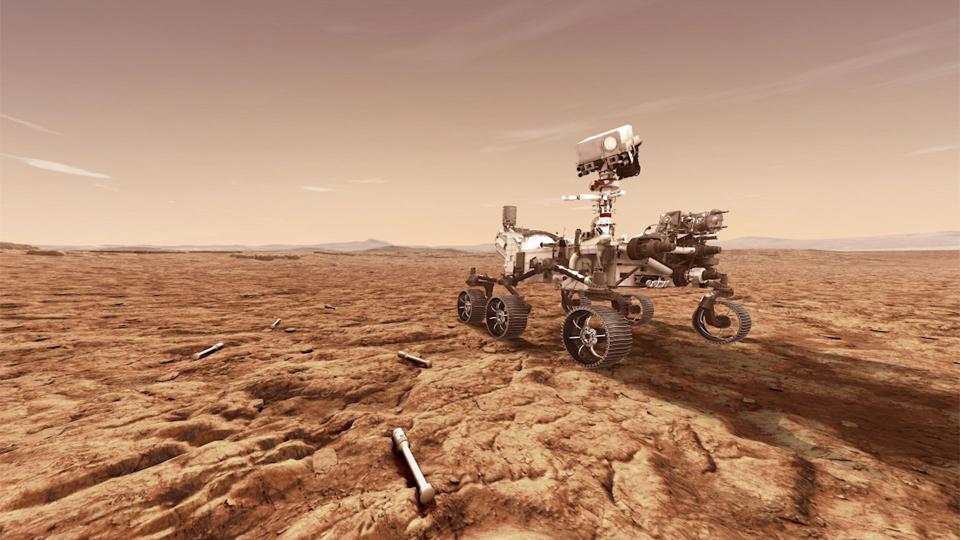 NASA’s Perseverance rover will collect samples on Mars to one day be returned to Earth.

NASA also said it was pushing ahead with the historic launch of SpaceX’s Crew Dragon vehicle in mid-May, a mission set to launch humans into orbit from American soil for the first time since the Space Shuttle was retired in July 2011, but was monitoring the situation closesly.

“The agency will continue to follow guidance from the Centers for Disease Control and Prevention and the agency’s chief health and medical officer and communicate any updates that may impact mission planning or media access, as they become available,” they said.

Elsewhere, other launches have continued unabated. Yesterday, SpaceX launched its sixth Starlink mission into orbit from Florida, while space internet competitor OneWeb is planning its own launch on Saturday, March 21 on a Soyuz rocket from the Baikonur Cosmodrome in Kazakhstan.

A Russian Soyuz vehicle is also scheduled to take three new crew members to the ISS on April 9 from Baikonur, NASA’s Chris Cassidy and Russia’s Anatoli Ivanishin and Ivan Vagner. This is despite Kazakhstan having closed its borders because of the pandemic, but NASA Press Secretary Matthew Rydin told USA Today that they were still preparing to launch.

“NASA has a robust plan in place to ensure astronauts are not ill or incubating illnesses when they launch to the International Space Station,” he said. The three crew are scheduled to begin a routine two-week quarantine prior to launch on March 24. 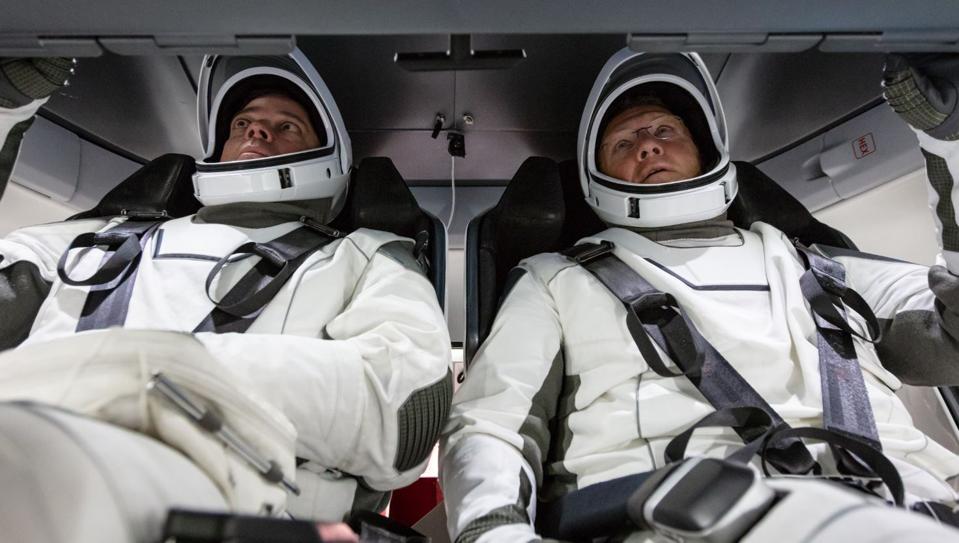 NASA says it is still pushing ahead with the launch of astronauts Doug Hurley and Bob Behnken on … [+] Crew Dragon.

Elsewhere, Europe and Russia decided to delay the launch of their ExoMars rover to the Red Planet, mostly due to issues with the rover but also partially because of coronavirus. Originally scheduled for July, the mission will now take place in 2022.

“[The delay] is driven primarily by the need to maximise the robustness of all ExoMars systems as well as force majeure circumstances related to exacerbation of the epidemiological situation in Europe which left our experts practically no possibility to proceed with travels to partner industries,” the head of Russia’s space agency Roscosmos, Dmitry Rogozin, said in a statement.

French launch provider Arianespace also announced it was suspending launches from Europe’s main launch site at the Guiana Space Center in Kourou, French Guiana, which will likely postpone the launch of a Vega rocket later this month.

“Launch campaigns underway at the Guiana Space Center (CSG) in French Guiana have been suspended,” Arianespace said in a statement. “This exceptional measure is designed to protect the health of employees and the local population, while also maintaining the security needed to prepare for scheduled launches.” 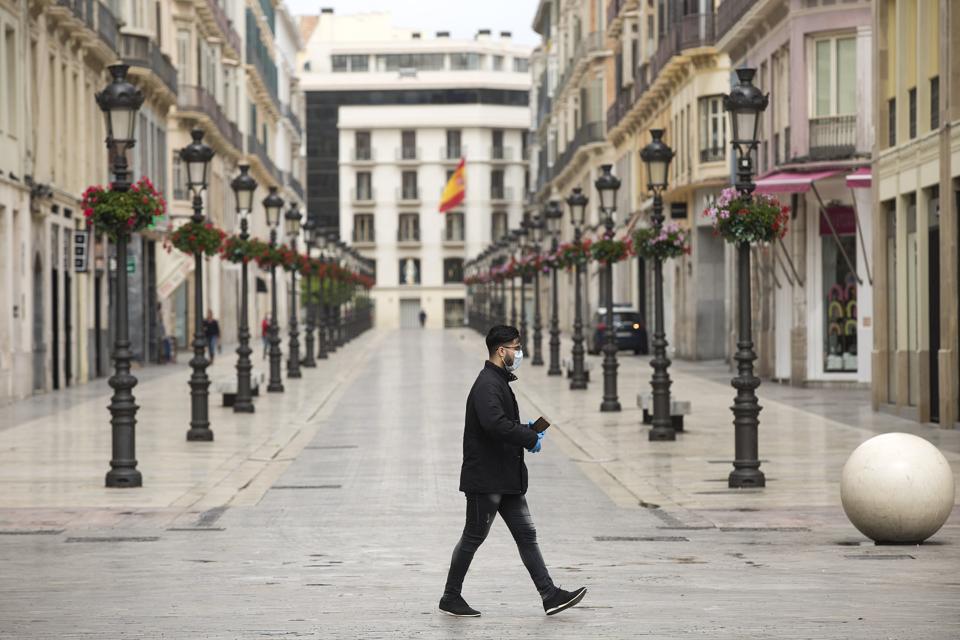 Coronavirus has led to closures and lockdowns around the world.

It’s not just space missions and rocket launches that have been impacted. Various astronomical observatories around the world have announced temporary closures, such as the Large Binocular Telescope in Arizona.

And scientists involved in the Event Horizon Telescope (EHT) project, which produced the first-ever image of a black hole in April 2019, said they were halting their current observations, believed to be focusing on the supermassive black hole at the center of our own galaxy.

“Regrettably, several participating observatories have shut down in response to the growing coronavirus (COVID-19) crisis and it was necessary to cancel the observations,” the EHT said in a statement, adding it would aim to begin again in March 2021.

As the situation progresses, it is possible that other launches and events in the coming months will be affected, with no clear end yet in sight for the pandemic and a return to business as usual around the world.

COVID-19 is a Black Swan