Exporting Services Promises To be The New Frontier Of Global Trade 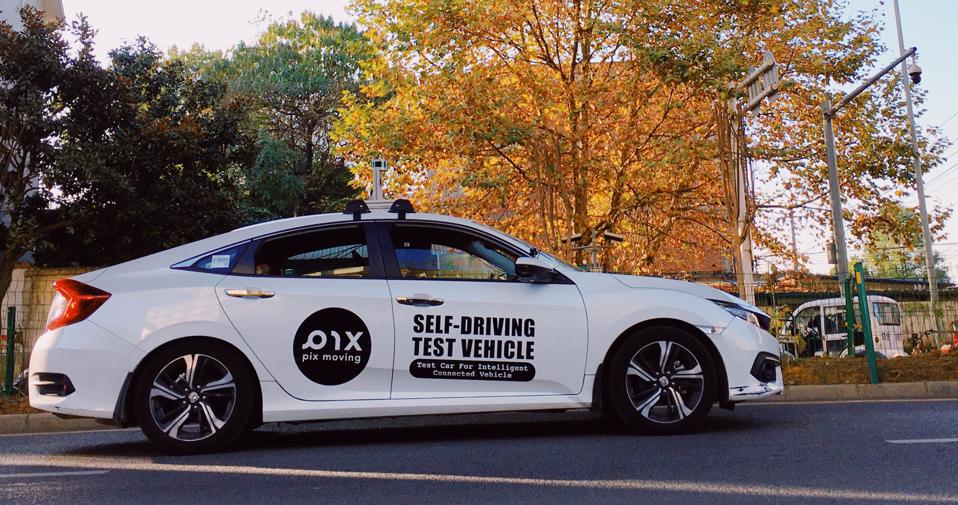 Pix Moving, a tech startup based in the Chinese city of Guiyang, is preparing to sell self-driving vehicles in the U.S. without actually exporting them.

The company plans to do this by uploading to the cloud entire blueprints, including instructions for 3D printers to make key components, so that its overseas partners can download and then build the vehicles for their clients. This will allow Pix Moving to focus on designing new vehicles as well as retrofitting trucks and cars from other manufacturers so they can be turned into AI-enabled self-driving transport.

Angelo Yu, Pix Moving’s 42-year-old founder, says the startup will soon deliver an autonomous delivery robo-vehicle to a client in Texas. His longer-term aim is to substitute the export of goods with the export of ideas, designs, and AI skills.

As science fiction-like as it seems, Pix Moving is but the latest step in the ongoing evolution of the global trade in services. In the pre-internet age, tourism was the only means to export services, which required clients to travel to foreign shores to enjoy the services available in overseas markets. The internet is the game changer which is making it possible for a growing number of services to be delivered online.

Early on, the trade in services via the internet was confined to just a few areas, such as modular tasks like writing computer code and designing websites, due to the limitations of the technology. But now, the digital economy has been expanding at a dizzying pace, and advances in automation, AI and robotics are rapidly enlarging the scope of what’s possible.

It is frequently said that personal services like a haircut simply cannot be exported; and the differences in the costs of these “non-tradable” services are the justification for making the purchasing power parity adjustments when comparing GDP between countries. However, as described by Richard Baldwin in his book titled: The Globotics Upheaval: Globalization, Robotics, and the Future of Work, advances in technology are rapidly breaking new ground in exporting services. It may soon be possible to export haircuts by having a hair stylist in Paris serving a client in a purpose-built salon in Beijing equipped with robotics and AI. 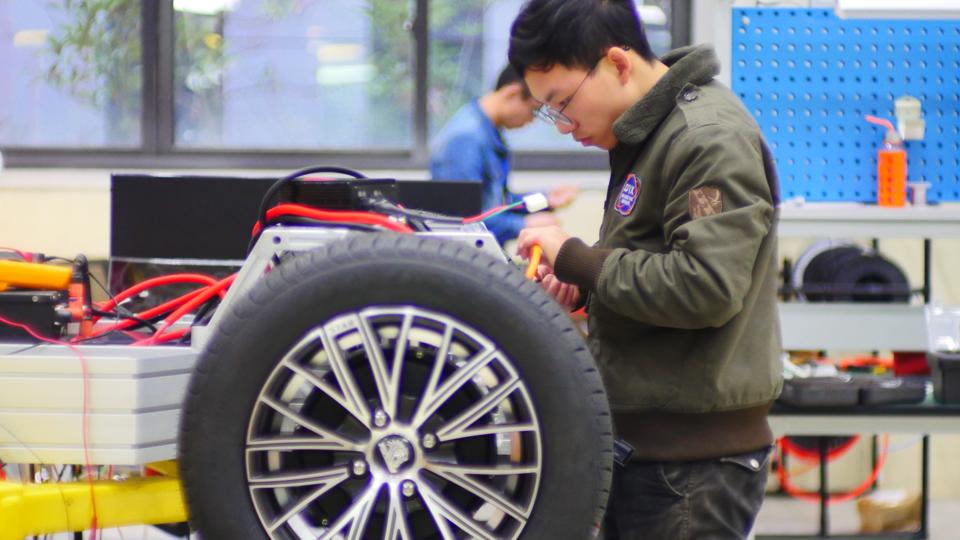 An employee of PIX Moving working on the chassis of one of its vehicles.

Pix Moving and its business model are part of this vanguard of an unprecedented era in the global economy that will increasingly be dominated by the trade in services. Recent data shows the trade intensity (defined as exports as a percentage of gross output) has been increasing for the service industries in the last decade.

According to research by the McKinsey Global Institute, in the decade between 2007 and 2017, trade intensity dropped from 44% to 31% in manufactured goods, and from 25% to 10% in resource intensive goods. Bucking this trend is the trade intensity in services, which rose from 18% to 23%. Furthermore, the same research suggests that the amount of value added in the trade in services has been significantly under-estimated, for example, by as much as 60% in 2017. In that year, making the necessary adjustments, it appears that the value of global trade in goods is matched by the value of global trade in services.

In this context, countries that aspire to succeed in the global economy dominated by the trade in services will need to develop capacities different from those needed for trading physical goods. What are these capacities and how can they be assessed?

The index of Ease of Doing Digital Business (EDDB) that has just been unveiled by a research team at the Fletcher School of Tufts University has gone a long way in helping to answer this question. The EDDB covers 42 countries around the world, and is meant to complement the World Bank’s highly influential Ease of Doing Business Index, which is mostly silent on the ease or difficulty of doing digital business. From the perspective of trade in services, a supportive and dynamic digital business environment in the domestic economy of a country is a prerequisite to succeed globally.

Research by the Fletcher team defines “digital businesses” as those that have a digital platform as a core element in its business model, much like Pix Moving described above. Accordingly, the EDDB analyzed four essential digital platforms in a country: the e-commerce platforms such as Amazon and Alibaba; the digital media platform like YouTube, Netflix and Tencent Video; the sharing economy platforms such as Uber, Airbnb, Bot and Go-Jek; and the online freelance platforms Upwork, Toptal and Similar. These four platforms collectively capture the ways in which businesses are being transformed, and how services are being traded domestically, and, increasingly, globally.

To rank the countries, the Fletcher team depended on quantitative data. They drew upon 236 variables across 42 countries from over 60 data sources, including those from the World Bank, the World Economic Forum, and from subscription services such as GSMA, Euromonitor, and proprietary sources like Akamai, Chartbeat and the Private Capital Research Institute.

The data are then combined to create a score for each of the 42 countries. The 2019 EDDB index shows that developed countries lead in the ranking. The U.S. is in the first place, followed by the U.K., the Netherlands, Norway and Japan. Three other developed countries in Asia, Australia, Singapore and Korea, are ranked No. 6, No. 13 and No. 24, respectively. In emerging Asia, Thailand comes in at No. 33, followed by No. 34 the Philippines, No. 36 Malaysia, No. 38 India, No. 39 China and 41 Indonesia.  These low rankings suggest that emerging Asia may not be as prepared for global trade in services as they should be. A closer look at the EDDB index shows that they lag in supportive regulations, data protection, and digital logistics and efficiency. It is time for emerging Asia to step up and get ready for this new frontier of globalization.

First Listen: Justin Bieber’s ‘Yummy’ Doesn’t Say Much, But It Sure Sounds Good

Prior To Carlos Ghosn’s Daring Escape, His Wife...

What Saws, Scissors, And Sharks All Have In...