Breaking
Poland’s Prime Minister Supports Abortion Ruling, Calls For...
Is A Major IRS Crackdown On Partnerships Looming?
Why You Shouldn’t Worry About PPP Loan Forgiveness...
Don’t Get Out: How To Groom The Next...
The ‘OREOA’ Method: How To Turn An Unhappy...
Protecting Students From Financial Aid Fraud Should Be...
The Top 10 Communication Lessons An Entrepreneur Can...
Women Make Strides In Business Ownership—And Find New...
How To Scale Your Business In Tough Times
New U.S.-Greek Science Technology Agreement Sets Framework For...
Tuesday’s Google Celebrates Stamen Grigorov, Who Discovered The...
How To Have Conversations That Change The World:...
DOL Claimed Need To Keep H-1B Visa Rule...
Zoom Enters Perilous New Growth Phase
Amy Coney Barrett Can Kill Obamacare But Here’s...
Apple’s iPhone SE Beats iPhone 12 Mini With...
Home General Extra $300 Weekly Unemployment Benefits Are Still Going Out In These States
General 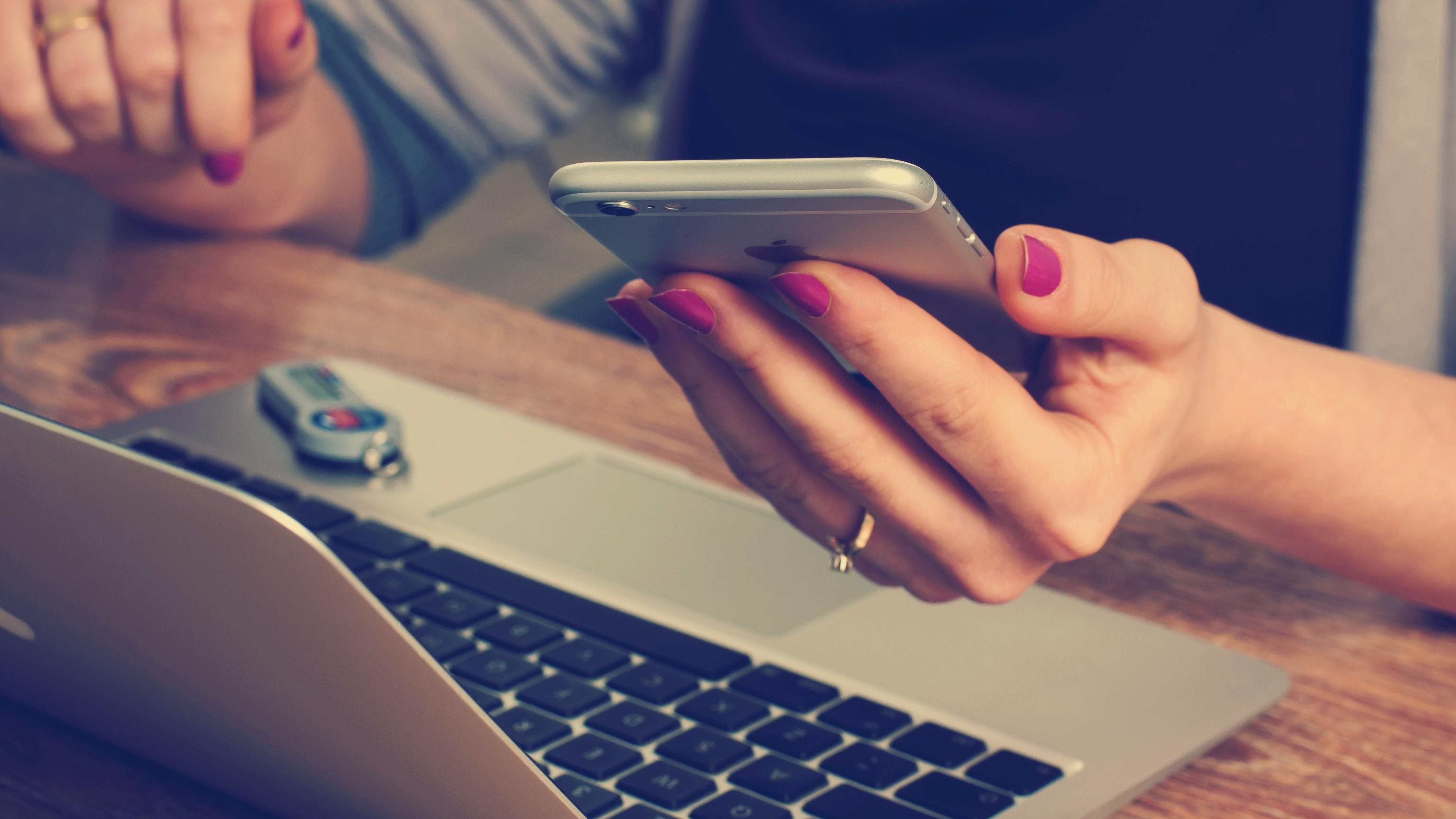 If you were out of work, or lost wages, because of the coronavirus pandemic, you may be eligible for a full six weeks of the supplemental $300 weekly unemployment benefits created through President Donald Trump’s executive action.

But if you qualify, when—and whether—you get the total $1,800 in federal benefits depends largely on where you live.

Under the executive action, states and territories had until Sept. 10 to submit an application and a plan for distributing the federal unemployment benefits to the Federal Emergency Management Agency (FEMA), which has been charged with dispersing the money from the Disaster Relief Fund. All U.S. states were approved except for South Dakota, which opted out, as were Washington D.C., Guam, and the U.S. Virgin Islands.

FEMA initially approved each for three weeks of supplemental unemployment payments retroactive to the week ending Aug. 1, when the supplemental $600 weekly benefits offered through the CARES Act expired. But the agency later said states and territories could request additional funding for up to six weeks, or until funds ran out.

The total possible coverage period is for the weeks ending Aug. 1 through Sept. 5, but funds didn’t start going out until mid-August. And some states were quicker to apply and distribute the money than others. About 20 states have already given out the payments, while others are just beginning to distribute them. Here’s where the states stand, and how to see if you qualify for the additional benefits.

Do you qualify for the $300 weekly supplemental unemployment benefits?

In order to qualify for these supplemental benefits, you must have been getting at least $100 a week in regular unemployment assistance during the coverage period—which extends from the week ending Aug. 1 through Sept. 5. And you must have lost income, or a job, as a result of the coronavirus pandemic.

Which states have ended the $300 weekly unemployment benefits?

States that have already announced the end of the payments include Arizona, which which was the first state to start issuing the supplemental unemployment benefits. It announced on Sept. 12 that it had paid out a full six weeks to eligible claimants.

Which states are still distributing the $300 payments?

Arkansas state officials announced that all claims had to be filed last week, and anticipated it had enough FEMA funding to cover at least three weeks. The state said payments should go out no later than Oct. 2.

Alaska has been allocated $62 million in funding for the Lost Wages Assistance program. It’s not clear how many weeks that will cover. Payments are expected to go out early this month.

California began distributing payments for the fourth and fifth weeks this week. It has received FEMA approval for a potential sixth week of payments, if enough funds remain to cover it.

Colorado has been approved for $553 million, which should fund six weeks of federal $300 weekly payments. The state began distributing the supplemental benefits in mid-September.

Connecticut has been approved for six weeks of payments, which began going out on Sept. 17 to eligible recipients.

Delaware was approved for six weeks of payments, too, with all benefits expected to be distributed by the end of this week.

Hawaii also got approval for six weeks of funding for payments. The supplemental benefits began going out Sept. 23 and will continue being distributed through October.

Illinois was approved for six weeks, too, and is currently distributing those payments.

Indiana was approved for six weeks, too, and began distributing payments the week of Sept. 21.

Kansas was approved for $116 million from FEMA, which should cover six weeks of payments. It will begin processing the benefits on Oct. 2.

Kentucky has been approved for six weeks of funding, and the state opted to provide an extra $100 per week using CARES Act funds. It started processing the first round of payments in early September and expects the sixth (retroactive) supplemental weekly payment to go out by Oct. 5.

Maine started issuing retroactive benefits on Sept. 11 and has funding for the six-week period.

Michigan began processing payments on Sept. 10, and continues to disperse them. It’s approved for six weeks of payments.

Nevada was approved by FEMA for funding on Sept. 11. It was the last state to get approved and got initial funding for three weeks. The state said the technology update required to process and distribute the benefits could take up to six weeks. It also applied for an additional three weeks of funding.

New Jersey was approved for six weeks of funding. Payments are expected to go out this month.

North Dakota was approved on Sept. 1 for an initial three weeks and the first three weeks of payments were sent out by mid-September. The status of payments for additional weeks is unclear.

Oregon was approved for six weeks of payments and was expected to begin distributing payments this week.

Pennsylvania has received about $2.8 billion from FEMA, which should cover about six weeks of Lost Wages Assistance payments. It began distributing the supplemental benefits in mid-September, and will continue dispersing payments until funding runs out. The state has urged eligible residents to apply online.

South Carolina was approved on Sept. 1 for the initial three weeks of funding, and later approved for another three weeks. It has launched a MyBenefits portal, through which eligible claimants can apply. Payments can take a week or two to go out.

Tennessee’s Department of Labor and Workforce Development said eligible Tennesseans will get the full six weeks of the retroactive $300 payments for weeks ending Aug. 1 through Sept. 5. Funds have already started being distributed, but the state warned that there could be one to two weeks’ lag time to allow for payment processing.

Vermont received approval for the first round of funding from FEMA covering the initial three weeks in late August. It has set up a portal for claimants to complete a qualifying reasons certification. It’s unclear if there’s funding to provide additional payments.

Virginia has been approved for funding to cover up to six weeks. The Virginia Employment Commission anticipates it will begin distributing payments on Oct. 15. Anyone applying for the supplemental benefits must self-certify through a Gov2Go account that they are unemployed or partially unemployed due to disruptions caused by COVID-19.

Washington was approved for all six weeks available. The state began processing payments on Sept. 21, retroactive to the week ending Aug. 1. Eligible residents can still apply, but must certify that they’re eligible.

West Virginia began distributing payments in early September. At that time, the state was approved for $103 million to pay at least five weeks of benefits, retroactive to the week ending Aug. 1. West Virginia is also paying out an additional $100 a week through the state’s allocation of the federal CARES Act Coronavirus Relief Fund.

Wisconsin, which has been approved for up to six weeks of benefits, said the process of upgrading systems to allow for the distribution of benefits from this program is expected to be complete by the end of October. Payments will then be made retroactively until funds run out.

Washington D.C. has indicated it can pay up to six weeks in supplemental unemployment assistance. Eligible recipients must self-certify before they can start receiving payments. Recipients are expected to get their first payment early this month.

How Much Should You Have In Savings? Many Are Learning The Hard Way

Stimulus Update: Mnuchin Says Next Deal To Include $1,200 Checks ‘If There Is A Deal’

Four Ways To Grow Your Team Via Professional Development Plans