Breaking
Meet George The Poet: Spoken Word Artist Partnering...
Parrot Plumage Color May Be Linked To Body...
Recent Precious Metals Dip A Buying Opportunity
Looking For Venture Capital? Here’s How One 50+...
Growing Your Retirement Money Using 401(k) Dollar-Cost Averaging
Wellness Exec Abby Miller Levy Partners With Venture...
Microsoft Teams Issues Strike To Zoom With Tidal...
What’s Coming For The S&P 500 In October
4 Ways You Can Showcase Empathy With Your...
A $22,000 Microsoft Surface Will Soon Be For...
Zooming In – Should SMEs Invest In The...
iOS 14: The Surprising Security Risk Of Sharing...
How A Break From Lord Sugar Changed The...
Sunday’s Google Doodle Is Actually About Google
Office Of The Comptroller Of The Currency Chief...
Source Code For Multiple Windows Operating Systems Publicly...
Home Business Exxon’s Dividend Dents Its Big-Ticket Spending Plans
Business 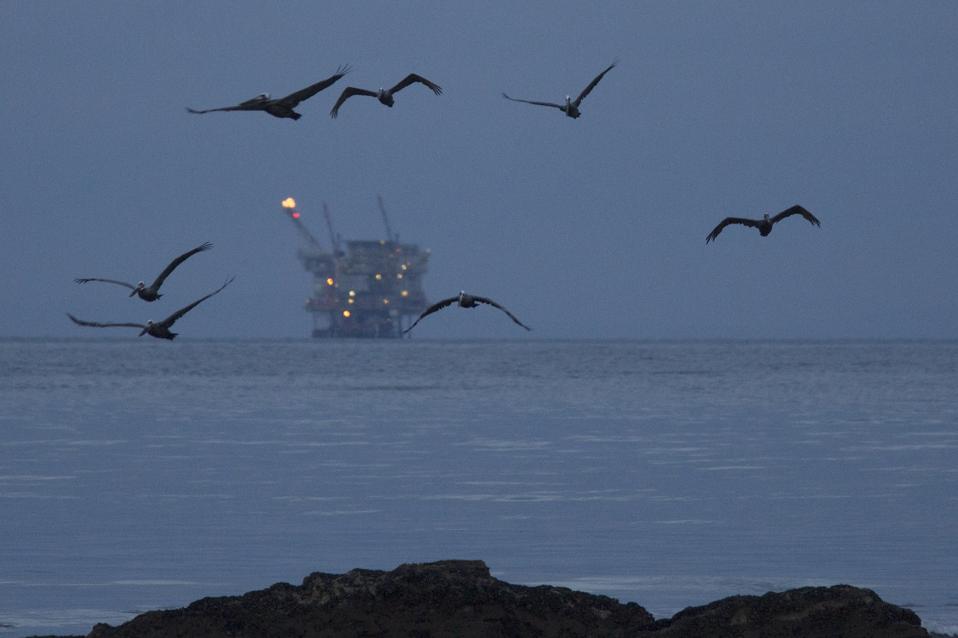 To pay for its $15 billion dividend annually to investors, ExxonMobil may need to rethink plans to … [+] spend heavily on new oil and gas projects.

ExxonMobil’s investors can count on two things, according to the company’s senior vice president, Neil Chapman: that Exxon will not take on additional debt, and that it will safeguard its dividend.

“A large portion of our shareholder base has come to view that dividend as a source of stability in their income,” said Chapman on Friday in an earnings call with analysts to discuss the company’s dismal quarterly results. “We take that very seriously.”

The analysts quickly zeroed in on what Exxon’s investors couldn’t count on: the big-ticket spending plans that Exxon has long promised hold the key to its hydrocarbon future. After all, the money to pay for its dividend — currently running at $15 billion a year — has to come from somewhere.

“The ‘no debt plus pay dividend come what may’ strategy means the company now has to solve for higher or lower capital expenditures depending on the oil price,” said a note by research firm Sankey Research, calling this a “huge moment” in the company’s 135-year history. “Arguably Exxon may now need to liquidate [assets] to pay its dividend.”

Research firm Raymond James RJF also cautioned that the dividends will weigh heavily on the supermajor’s finances. “At current oil prices, to state the obvious, Exxon is not generating sufficient cash flow – to say nothing of earnings – for covering the dividend,” wrote Pavel Molchanov in an email.

To be sure, the supermajor is aggressively cutting costs. It has chopped the number of oil drilling rigs it operates in the Permian Basin in the U.S. by half to 30 and expects that to fall by half again by the end of this year. During the second quarter it spent only $5.3 billion on capital and exploration — 35% less than a year ago — and says overall spending in 2021 will probably be even lower in 2020. Exxon may even delay or curtail some of its major offshore projects in Guyana, Brazil and elsewhere, the focal point of the company’s growth plans.

Yet Exxon insists that all of these cost reductions are temporary. “I see this as a short-term reduction in capital expenditure to manage the current situation,” said Chapman on the call. “Our long-term capital allocation priorities remain unchanged.”

What Chapman didn’t mention is that Exxon’s long-term plans require oil prices to recover to pre-coronavirus levels, an outcome that’s far from certain. According to Molchanov, the Raymond James analyst, the price of WTI crude would need to climb to $50 per barrel before Exxon could even cover its dividend, let alone pay for additional capital spending.

As recently as March, ExxonMobil reaffirmed plans to sink billions into the search for more oil and gas around the world and revamp its exploration infrastructure. As peer oil majors around the world flirt with decarbonizing, Exxon infamously doubled down on its bet that the world’s green growth isn’t happening fast enough to sate the energy needs of fast-growing nations.

Exxon may well get a chance to build all the large oil and gas projects it wants. As investors yank credit from the fossil fuel sector and oil companies rein in spending, demand for oil in a post-coronavirus-vaccine world might exceed the world’s supply of it — sending oil prices back to last year’s levels and then some.

But if indeed oil prices never do make a strong recovery, and the world turns its back from fossil fuels toward renewable energy, then Exxon’s executives will have their dividends policy to thank for tying up money they might otherwise have dumped into fresh oil and gas spending.