Breaking
How To Get Your Startup Business Off The...
How To Create A COVID Safe Construction Site
How to Make a Good First Impression at...
Biden Was Right. The Hispanic Market Is Incredibly...
Plan To Buy An Electric Car? Is A...
Covid-19 Death Toll In U.S. Passes 200,000
Apple iOS 14 Has 25 Great Secret Features
5 Decisions That Will Increase Your Chances Of...
Coronavirus Is Shaping Up To Be Very Bad...
TikTok: Why Is Everyone In A Tizzy?
Is It Time For A Bank For Women?
As Israel Locks Down, Its Health Tech Sector...
California Increases Homestead Exemption In New Legislation
Buying The Bulge Is Dangerous
5 Strange Things Happening Right Now In The...
The Best Blogging Platforms (In-Depth Review)
How Will The Coronavirus Impact Your Finances?
How Xbox Series X Will Attempt To Avoid...
Virgin Orbit Seeking Over $100 Million As ‘Jaw...
Home Technology F1 2020 Review: Undisputed
Technology 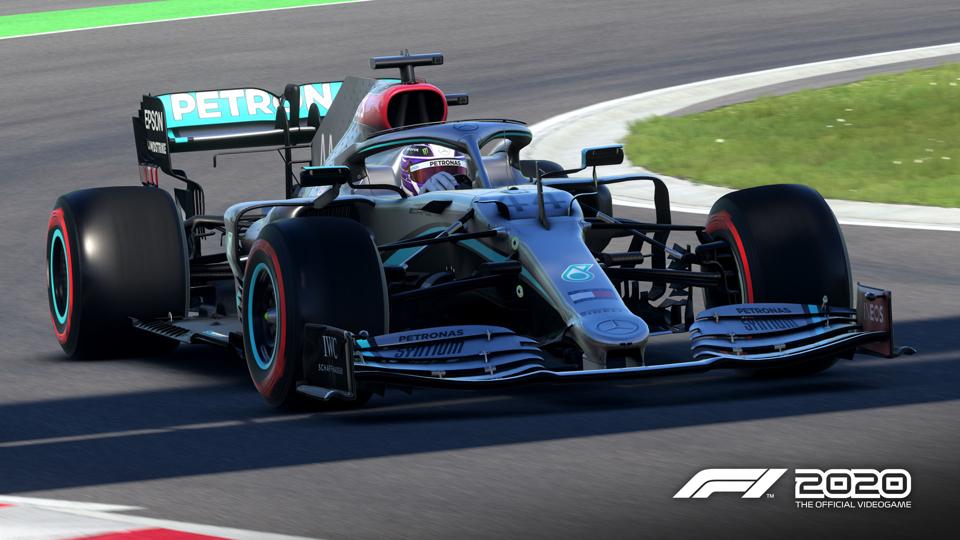 Racing video games are largely missing a human element that would allow the top titles to cross over into more than an annual must-have game for a niche audience. The F1 series by Codemasters–including the newly released F1 2020 falls into this category as well.

However, it has come the closest to adding a soul to its latest release, and to be clear, Codemasters has flexed its muscles in every other area. 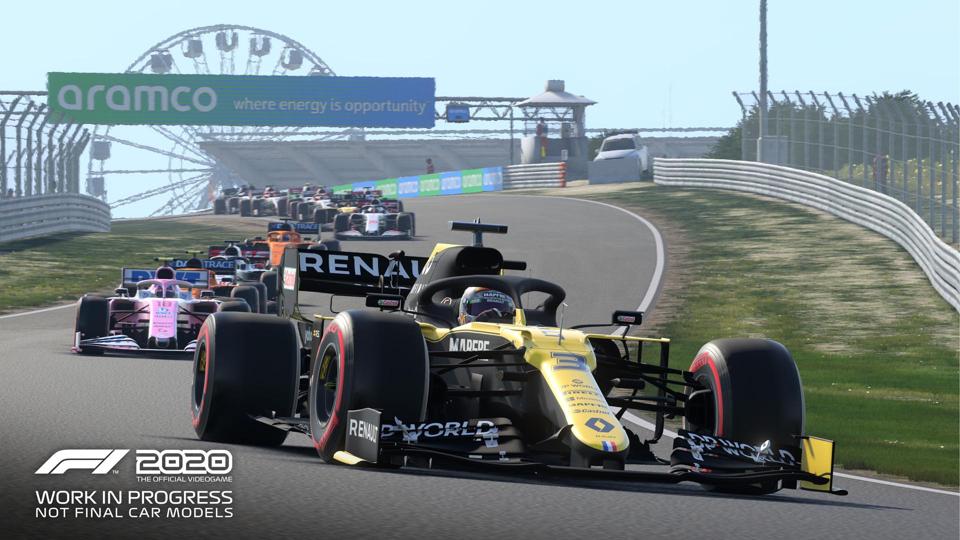 Driving F1 cars in gaming feels completely different than controlling vehicles in other racing games. That’s an exclusive experience that Codemasters has embraced with this series, as well it should.

That said, it’s not the easiest skill to master, especially for a newbie or someone who just doesn’t play a ton of racing video games. As has been the case in the past, there are a number of driver assist to lean on in most modes that can either provide you a path toward escalating the difficulty, or allow you to hold steady in a comfort zone.

The best and most exciting example of this quality comes in the new Casual Mode. This mode simplifies the menus, eases the pain of navigating off-track surfaces, and you’ll also get some helpful steering assists.

Some hardcore guys and girls might balk at this concept, but it’s all about having fun. Struggling to keep your front tries attached to your vehicle every race isn’t much fun for anyone.

If you need the Casual Mode, at least for now, turn it on. 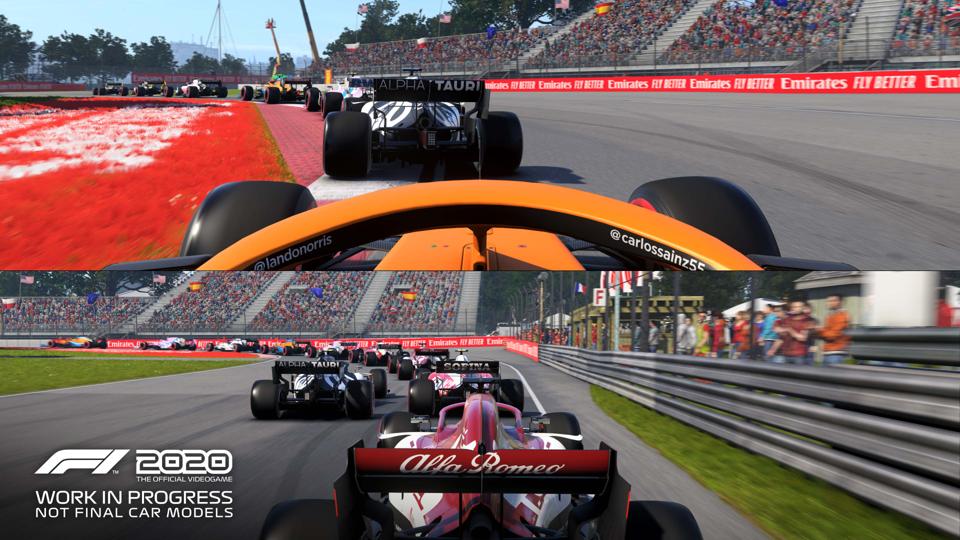 While this isn’t my favorite way to play, it is something fans like to enjoy during couch-competitive play. This feature hasn’t been in an F1 game for years, but it was brought back by popular demand.

It doesn’t especially move the needle for me, but if you and a friend enjoy diving into some head-to-head racing, in the same room, this option is available. 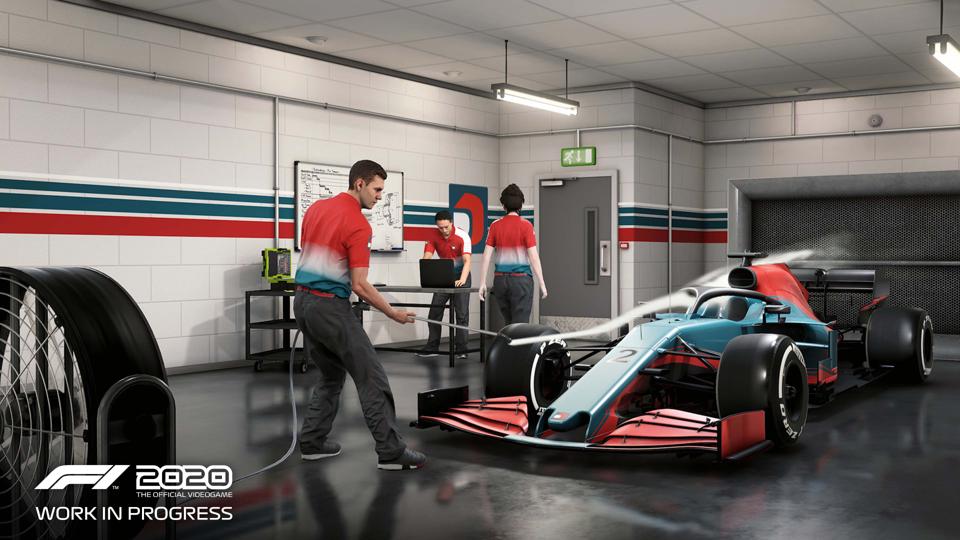 Anyone who follows my sports video game coverage knows how much I value franchise modes. Many racing games skimp in this area, or the publisher elects to go with a scaled-back concept that doesn’t deliver that deep experience some of us crave.

In the past, F1 has fallen short in this area a bit, but for 2020, Codemasters has come up with the best iteration of the concept in series history. It’s called the My Team mode, and in it you are charged with creating a driver, finding sponsors, engine suppliers, hiring teammates, and being added to the F1 grid.

The challenge is to build facilities and develop a winning team. Unlike most franchise/career modes in racing titles, My Team in F1 2020 feels bigger than a few menus and a long set of races. It feels like you’re building a team and an experience.

All this said, I can think of at least five ways this experience could have added a touch of humanity, out-of-the-car dynamics, and even presentation elements from F1 TV or ESPN. Things can still be a little too bland and without personality. 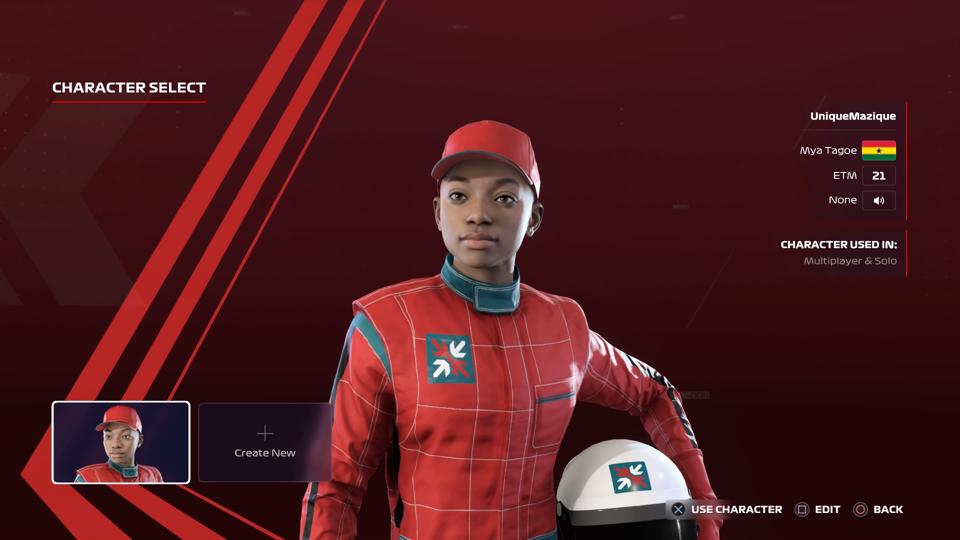 I know this is F1 and that brings about something of an it-is-what-it-is approach, but sports game developers that benefit from a major license like F1 too often allow that to stymie any out-of-the-box thinking in the way of modes and creations.

To that point, the options for creating drivers and paint schemes are limited. Adding a layer to these aspects of the game would augment the career and new My Team modes. 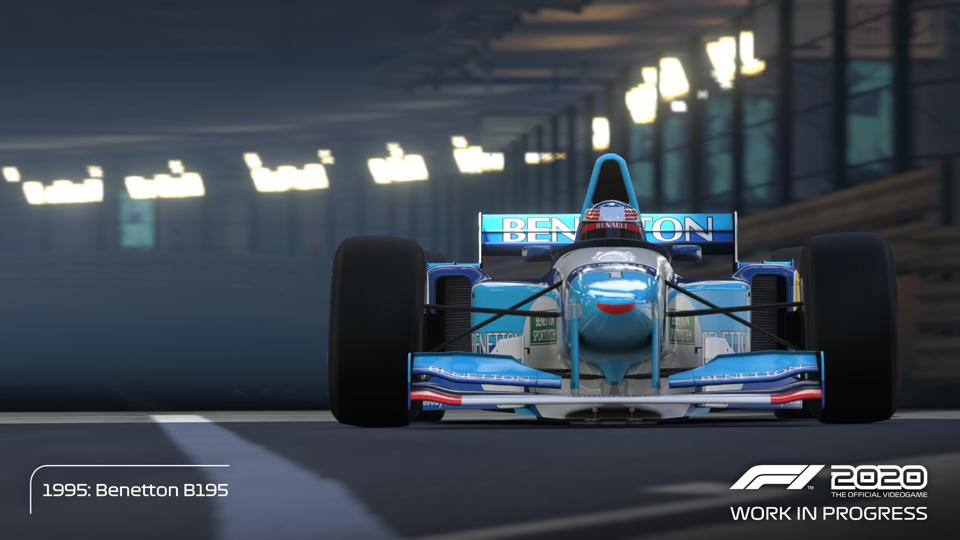 The legendary Michael Schumacher is well represented in this year’s game. Fans who ordered the Deluxe Edition got four of Schumacher’s cars as well as multi-player car liveries, helmets, race suits and celebration emotes.

In addition to Schumacher’s inclusion, there are also a few new circuits suchs as Circuit Zandvoort and Hanoi Street Circuit in Vietnam. As usual, F1 includes all the official teams, drivers and other tracks fans will recognize from the annual series.

You won’t find a more complete racing experience in gaming. In the grand scheme of things, Codemasters does most things as well if not better than every other developer of racing games in the industry.

Visually, the game is stunning and the gameplay is balanced for all players. On the downside, a little more imagination would place this undisputed king of racers even higher on that mountain.