Breaking
Senator Marco Rubio Called Out Twitter For Its...
The False Narrative Of Bitcoin’s Role In Illicit...
Leading By Example Into The New Year
Why Ethereum Has Hit An All-Time High As...
How You Leave Will Shape Your Legacy
The Next Evolution Of Digital Mental Health Support
Paizo And Pinnacle Team Up For Savage Pathfinder
Mammoth U.S. Borrowing Needs Meet Lower Foreign Participation,...
This Leader’s Work To End The Organ Donation...
SAP BrandVoice: Re-Thinking Tax Reporting And Collection In...
What ‘Backs’ The Dollar? Easy: Production
How To Create A Bulletproof Patent
Here’s The Same Financial Advice Given To Mike...
Consumer Health And Wellness Needs Bring New Challenges...
The (Not So) Secret Science Of Whiskey Value...
The Next Five Years: Cyber Insurance Predictions Through...
Home Entrepreneurship Facebook AI (Artificial Intelligence): Will M&A Help?
Entrepreneurship 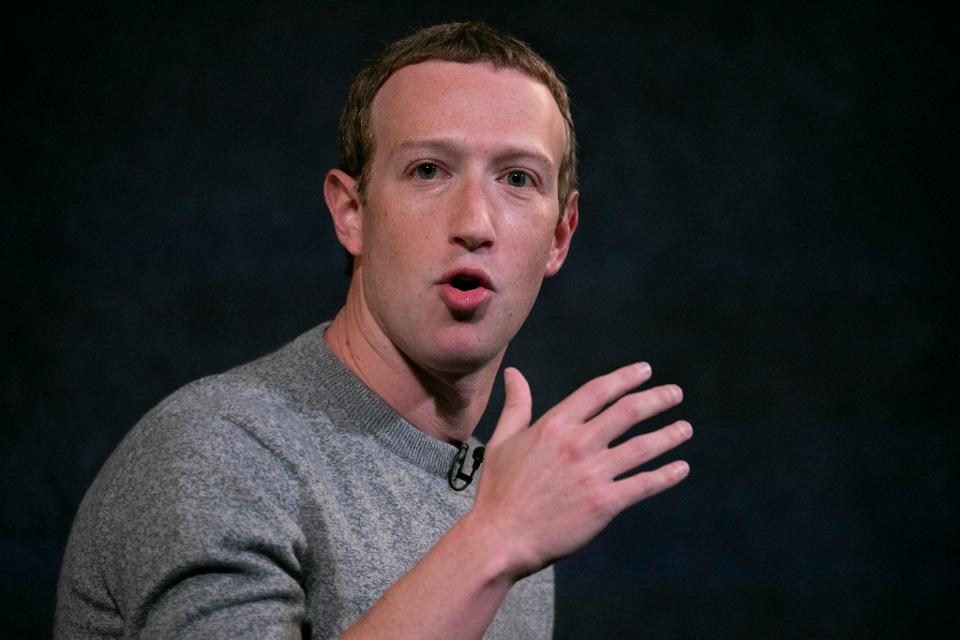 Facebook CEO Mark Zuckerberg speaks about “News Tab” at the Paley Center, Friday, Oct. 25, 2019 in … [+] New York. The new feature in the Facebook mobile app will display headlines — and nothing else — from the Wall Street Journal, the Washington Post, BuzzFeed News, Business Insider, NBC, USA Today and the Los Angeles Times, among others.(AP Photo/Mark Lennihan)

Facebook has been ramping its acquisitions for AI (Artificial Intelligence) startups. While the deals appear to be relatively small, they still are likely to be critical for the company’s future.

The latest purchase was for Scape Technologies, which is focused on building computer vision applications that help with AR (Augmented Reality). The company, which was founded in 2016, calls its technology a Visual Positioning Service (it is available through an SDK).  This essentially uses cameras to improve GPS accuracy, which could be helpful for Facebook’s VR headsets and even robotics (the company recently announced a route-finding device, for example).

“While GPS offers a bird’s eye view of an area, Scape Technologies’ VPS is actually closer to a pedestrian perspective,” said Thibaud Clement, who is the CEO and co-founder of Loomly. “This proprietary computer vision engine, coupled with Facebook’s reach, could work hand-in-hand to move the AR and VR fields forward significantly.”

Next, Facebook acquired Deeptide, a developer of Atlas ML (the company got its start in July 2018). This is a repository of scientific papers and open source resources.

“Partnering with Facebook AI means the platform will be able to grow faster, supporting more languages and reaching more users, while allowing Facebook to keep their finger on the pulse of everything going on in the field,” said Clement. “This is an example of the network effect in its most synergistic form.”

In a Medium post, Deeptide co-founder Robert Stojnic wrote: “Papers with Code will remain a neutral, open and free resource. There will be no changes to how the service runs or how the community can engage with the site.”

Both Scape and Deeptide are based in the UK. “The country has been a breeding ground for groundbreaking AI work for a while,” said Vidya Raman, a principal at Sorenson Ventures. “Anyone remember DeepMind and how much Google paid for that one?”

“Any organization that wants to better link content to users’ interests would benefit from an investment in advanced natural language processing capabilities,” said Tom Sabo, who is the principal solutions architect at SAS. “Consider how you search the internet for a particular vacation spot, or a car brand, and how the item that you searched for now shows up in digital advertisements across all the web pages you browse for the next couple of weeks–it’s not very sophisticated. A sophisticated digital advertisement strategy leveraging AI could provide a much more targeted advertisement experience to users based on their rapidly changing interests identified from searches and posts, as well as location data.”

Facebook’s dealmaking shows that the talent wars are accelerating.  “It’s gotten to the point where Elon Musk is inviting machine learning talent to his house to recruit for Tesla,” said Vincent Peters, who is the founder of RexMundi. “The acquisitions of Scape Technologies and Deeptide are all about Facebook acquiring talent that can build ML, which allows machines to visually recognize their surroundings and direct access to AI and ML talent that frequents resources for machine learning. Very few people have the technical aptitude to understand the different types of artificial intelligence and where to apply machine learning in meaningful ways.”

So yes, it does seem like a good bet that we will see more of these tuck-in deals. After all, there are many areas where Facebook can enhance its AI muscles.

“One thing that Facebook made clear during the keynote for F8 2019 is that the unprecedented scale of their operations means they have to solve unprecedented technological challenges, not only by leveraging existing technology but also by pushing the boundaries of what technology can already do,” said Clement. “We can, therefore, imagine that Facebook will need to fill similar gaps in the future, as they develop new activities and the world face unique social challenges: think fraud detection for payments, information authenticity during elections and content delivery in areas with slower networks—all of which can be automated and optimized through a combination of AI-enabled systems.”

Tom (@ttaulli) is the author of the book, Artificial Intelligence Basics: A Non-Technical Introduction, as well as the upcoming book, The Robotic Process Automation Handbook: A Guide to Implementing RPA Systems.

The Weeknd Holds At No. 1 In The U.K. While Saint Jhn Earns His First Top 10 Hit