Breaking
Parrot Plumage Color May Be Linked To Body...
Recent Precious Metals Dip A Buying Opportunity
Looking For Venture Capital? Here’s How One 50+...
Growing Your Retirement Money Using 401(k) Dollar-Cost Averaging
Wellness Exec Abby Miller Levy Partners With Venture...
Microsoft Teams Issues Strike To Zoom With Tidal...
What’s Coming For The S&P 500 In October
4 Ways You Can Showcase Empathy With Your...
A $22,000 Microsoft Surface Will Soon Be For...
Zooming In – Should SMEs Invest In The...
iOS 14: The Surprising Security Risk Of Sharing...
How A Break From Lord Sugar Changed The...
Sunday’s Google Doodle Is Actually About Google
Office Of The Comptroller Of The Currency Chief...
Source Code For Multiple Windows Operating Systems Publicly...
Why Forgettable Pfizer Really Is A Great Value...
Home Business Facebook Leases Large Space At Manhattan’s Farley Building, Signaling Confidence In The City And Office Buildings
BusinessSocial Media

Facebook and Vornado Realty Trust announced Monday the social media company has closed a long-discussed deal to lease 730,000 square feet of the historic Farley Building in Manhattan, in an apparent vote of confidence as real estate firms worry that businesses won’t need expensive office space if people don’t go back to the office after the pandemic. 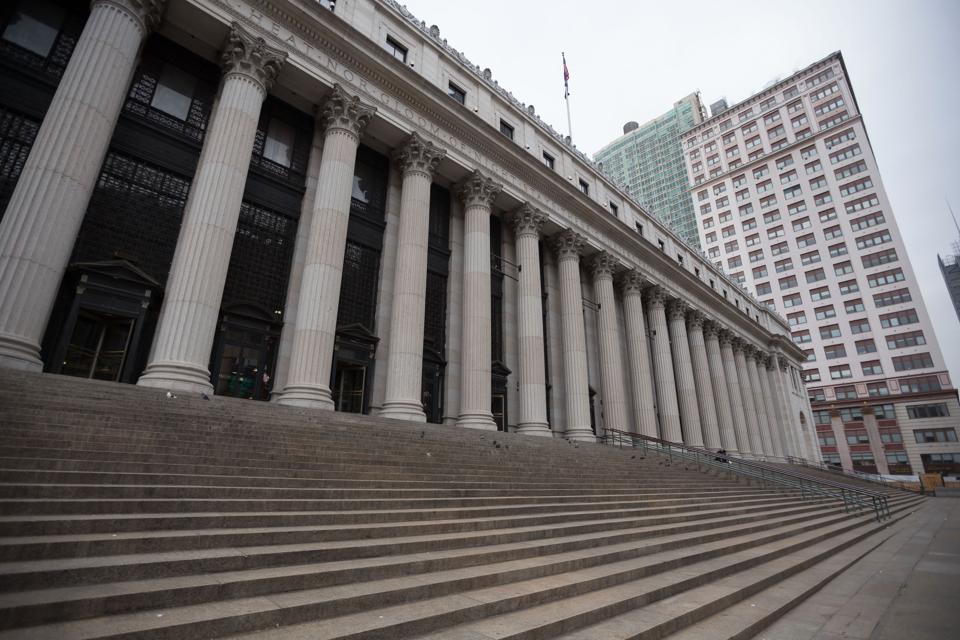 The Farley Building, the former 1912 James A. Farley Post Office, is a Beaux-Arts New York City … [+] landmark designed by the architectural firm McKim, Mead & White, which was responsible for some of the most iconic buildings of the Gilded Age.

Less than one-tenth of Manhattan office workers have returned to the office a month after New York City entered phase two and non-essential workers were allowed back, according to the Wall Street Journal, raising a red flag for the owners of expensive office buildings.

Facebook’s decision to go ahead with the deal to lease a large amount of office space for thousands of workers signals that more big tech companies are likely to continue paying rent, even after Facebook and Google told employees many workers who can do their jobs remotely should plan to do so until 2021 and Twitter said people will be able to work from home indefinitely.

Manhattan’s West Side has become a hub for Silicon Valley tech companies as Apple, Amazon and Google have leased space for thousands of employees, buttressing the city’s “Silicon Alley” moniker.

Vornado owns 10 million square feet in Midtown Manhattan and has invested more than $2 billion into transforming the area around Penn Station and Madison Square Park into what it calls “Penn District,” with the help of more than $3 billion in government infrastructure and transportation improvements.

Vornado shares increased more than 7% in after-hours trading after the announcement, a welcome change for a stock that has fallen nearly 44% in the last 52 weeks.

The Farley Building, the former 1912 James A. Farley Post Office, is a Beaux-Arts New York City landmark designed by the architectural firm McKim, Mead & White, which was responsible for some of the most iconic buildings of the Gilded Age. It designed the original Pennsylvania Station, which was demolished in 1963. The full complex will include Facebook’s office space, the new Moynihan Train Hall and 120,000 square feet of retail space with food and beverage and full-service restaurants. Vornado says the renovation will be completed in phases beginning at the end of 2020. The building is 95%-owned by Vornado, with The Related Companies holding the rest.

Facebook also leases office space at 770 Broadway, a 1 million-square-foot building near Washington Square Park, and in nearby Hudson Yards.